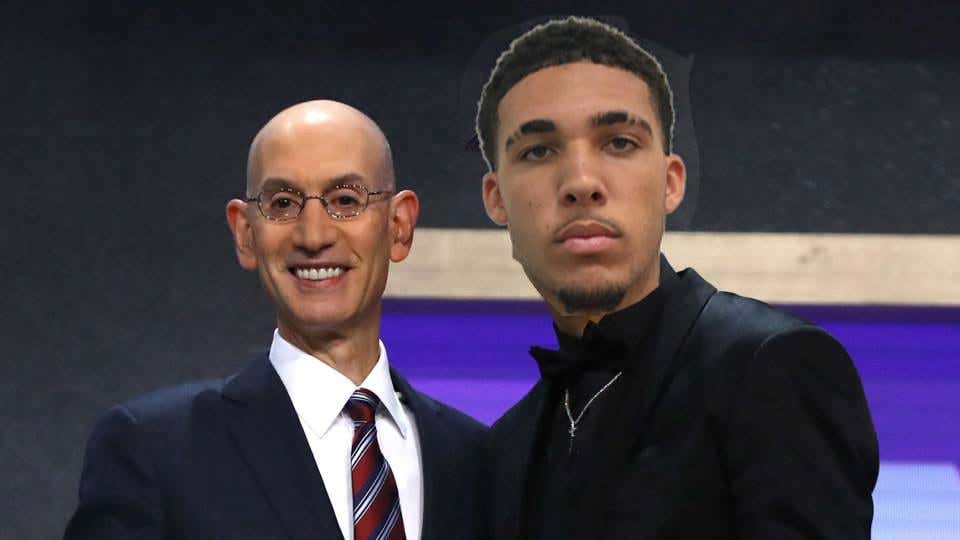 LiAngelo Ball is expected to work out for several NBA teams when he returns from playing for Vytautas and will participate in the Pro Basketball Combine at IMG Academy (Florida) in May in front of team executives. As NBA teams increasingly value 3-point shooting and defending wings, Ball will have an opportunity to prove to teams that he is a potential draft pick. Ball, a 6-foot-5 guard/forward, has established himself as a pro player this season in Lithuania. He’s averaging a league-leading 15.7 points and 2.9 rebounds and is shooting 45 percent from 3-point range in nine first-division Lithuanian league games. Ball has shown a two-way ability because of his size, strength and 3-point shooting, and has already emerged as one of the team leaders and positive voices for Vytautas.

Huuuuuuge news coming out of Lithuania today with reports that LiAngelo Ball is going pro. Name another basketball player that got involved in an international incident in China which caused his dad to go to war with the President of the United States on Twitter and then averaged almost 16 points per game in Europe. You can’t.

If you are an NBA team drafting late in the 2nd round, why wouldn’t you take a chance on Gelo? Kid has professional basketball experience, good bloodlines, and if LaVar is a man of his word and wants his sons all playing together, will help you land Lonzo Ball in a few years. LaVar Ball is pretty much Thanos while Zo, Gelo, and Melo are his Infinity Stones. He will do whatever is necessary to get them all together and unleash their full potential. How much do you think Big Var will appreciate the team that took the black sheep of his family? More than the Lakers, that allegedly set up The LaVar Ball Rule to prohibit the media from talking to him at the games. All of this may seem ridiculous right now. But it won’t when the Spurs take Gelo late and stash him in the G-League until Lonzo’s contract is up. This shit is chess, it ain’t checkers.