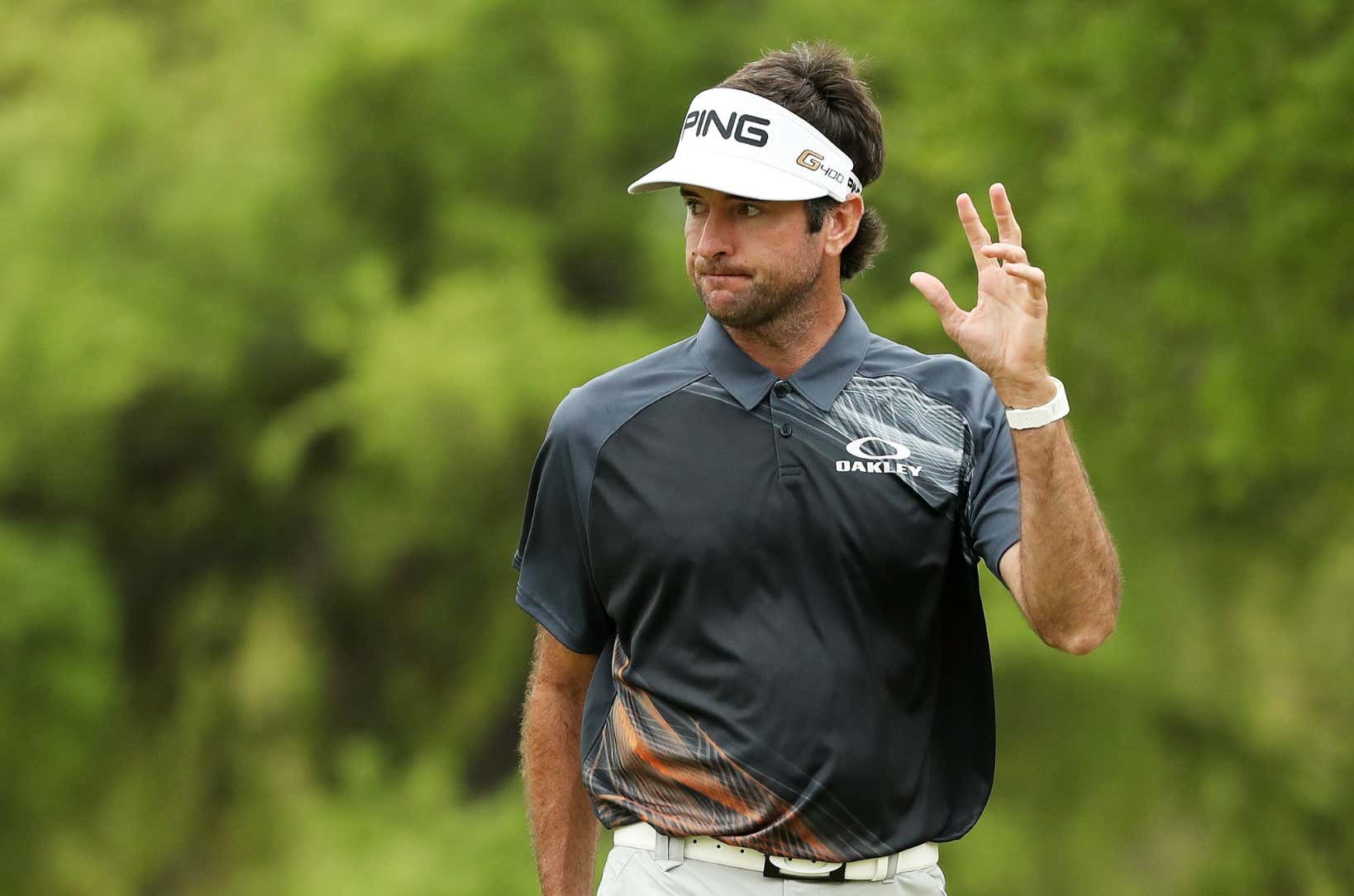 Well god damn. That didn’t go the way I wanted it to. I was really hoping Kevin Kisner was gonna knock out Ian Poulter and Bubba Watson within the span of about 24 hours. That’s how you become my favorite person of all time. Instead, Bubba absolutely stomped out Kisner in the final today, 7&6. It was never even close. Bubba was 5 up thru 5 holes and it was over. It took a few more holes to finish it off but it was over right then and there. Our boy Kiz never had it during his second match of the day. He played really well in a very exciting match against Alex Noren (or as I call him, the Swedish Bulldog) but the wheels didn’t just come off against Bubba, they were never on. Nothing went right for Kiz on the front 9. Bubba had to play just okay and that would’ve been more than enough. He played better than okay and blew the doors off Kiz. Bubba finished off Kiz before the consolation match was over. Pretty damn impressive.

I need to say something. I don’t know if it’s personal growth or what but I hate that I hate Bubba. I used to be okay with hating Bubba. I now hate hating Bubba. He’s fun as fuck to watch pay golf. I’ve said it time and time again on the podcast. I wanna like Bubba Watson. I should like Bubba Waston. It’s gonna sound cheesy or whatever but he’s an artist out there. He’s the only current golfer I can say that about.

I mean look at this shit

That’s amazing. He’s shaping shots. He’s bombing drives. It’s so fun to watch. It’s just all the other stuff I can’t get past. For instance, he balled his eyes out after winning today. Don’t get me wrong, I’m a crier. I’m a weepy fella. But Bubba cries when he takes out the garbage. It’s constant. Bubba cried after the Ryder Cup where he was a vice captain. That’s too much crying. Crying isn’t special when you’re crying all the time. On the flip side, if Bubba keeps winning he can cry all he wants and I’ll just have to tip my cap and keep it moving.