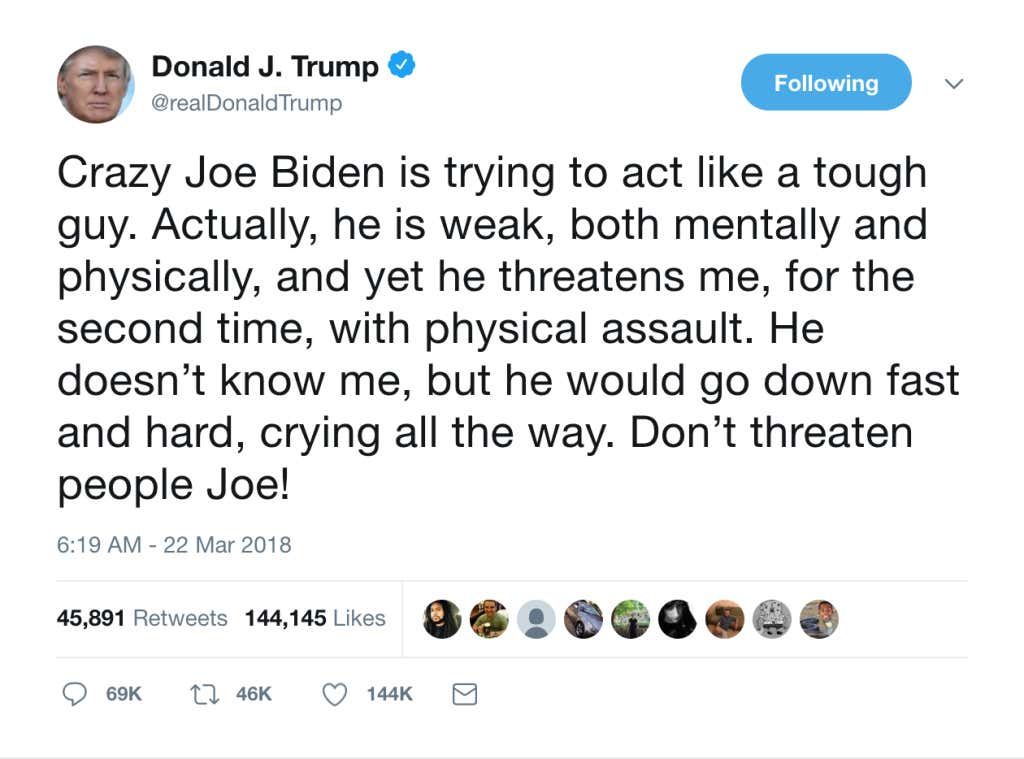 All you fans of gun controll need to take a hard look at the news this morning as Donald Trump called out former VP Joe Biden in a tweet and said he would kick his ass six ways to Sunday. While many people are upset at Trump for defending himself how do you think any other Presdent would of reacted? Jimmy Carter wore a sweater in the White House every day so he could allways be in the right weight class in case Gerald Ford ever got a smart mouth and needed to get his ass whooped all the way back to Michigan.

But what the libs are failing to notice is that in the history of Presdents that have ever been on twitter, no Presdent has ever threatened to fight a former VP who has demonstratied competency in firearms usage. Gun ownership is a deterrent its the orginal trigger warning (put that on a t-shirt and repsond to Donald Trump tweet’s with a link to buy it and your a instant millionare). Obama never challenged Dick Cheney to a fight because he knew Cheney was packing heat and Trump knows Biden is to much of a chicken to bring a rifle to a fistfight. If Obama had called Cheney out like this he would of gotten shot in the face by Dick so fast, Bob Woodward would of had to write another book about deepthroat. Man hed of been picking birdshot out of his tan suit for days. No wonder Obama pushed for more healthcare he knew having a smart mouth around Cheney was a preexisting condition.

PS I do agree that it is very unpresdential for Donald Trump for him to use his power to call out an individual instead of repsecting the tradition of the office by talking his way into a decade-long war with a entire other country like a real leader.