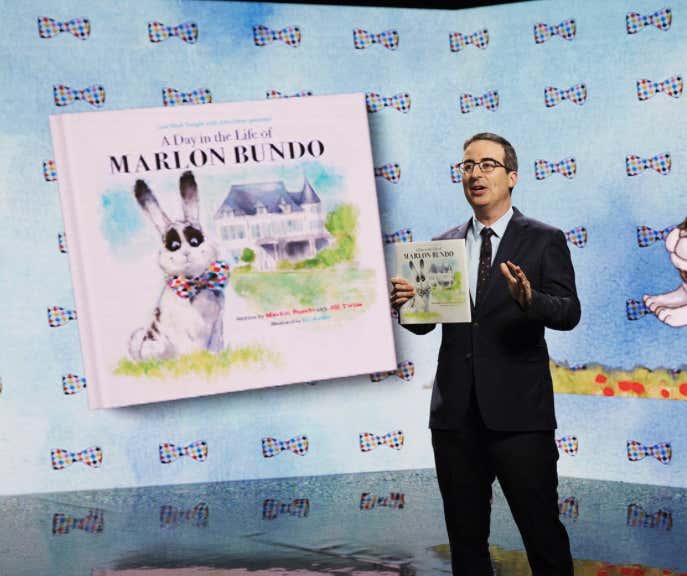 Source –  Vice President Mike Pence and his family have a pet rabbit named Marlon Bundo, who goes by BOTUS for short. And Bundo the rabbit could turn out to be a cash cow for the Pences, who are hawking a children’s book about the rabbit, written by Pence’s daughter and illustrated by second lady Karen Pence.

John Oliver, whose satirical news show “Last Week Tonight” made its own version of the Pence family’s book, with one notable difference — in their story, the bunny is super gay.

Now, the gay version of Marlon Bundo’s story is outselling the Pence family’s on Amazon, even though it’s more expensive, and it’s doing better critically, with 3,500 perfect ratings from customers compared to the Pence family’s 74. (The show says the gay bunny book proceeds will go to LGBTQ-friendly charities like The Trevor Project and AIDS United.)

This has to be a top three troll of all time. It goes Nate/Adam C Best, Dave/Sam Ponder, then John Oliver trolling Mike Pence. I genuinely can’t think of anything more embarrassing if I’m the Vice President. A liberal comedian did your job as a joke and wound up accidentally becoming a bestselling author in the process. Add that to the fact that he made all the characters gay and it takes the whole thing to another level. Here’s Pence’s cover: 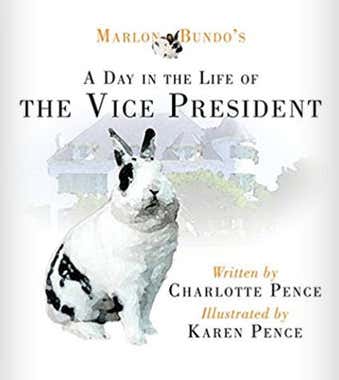 If I’m Mike Pence I’m taking a bottle of sleeping pills, washing it down with an O’Doul’s and praying I never wake up. He obviously declined to comment but his daughter released a statement.

“I mean, I think you know, imitation is the most sincere form of flattery in a way,” Charlotte said. “But also, in all seriousness, his book is contributing to charities that I think we can all get behind. We have two books giving to charities that are about bunnies, so I’m all for it really.”

I don’t think he’s imitating you, sweetie. He’s roasting your Dad for being a scumbag. She has a point though, the proceeds from both books will be going towards charity. Pence has chosen to support two nonprofits that focus on fighting human trafficking and providing art therapy to children (as long as they’re not gay.) And Oliver will be donating to The Trevor Project and AIDS United.

At any rate, it’s hilarious to see that big idiot get trolled on a national level. It hasn’t even been two months since Adam Rippon body bagged him at the Olympics and now it’s happening again. Poor guy can’t catch a break. Hang in there Mike, only three more years until you can go back to Indiana. Not that I’m counting.