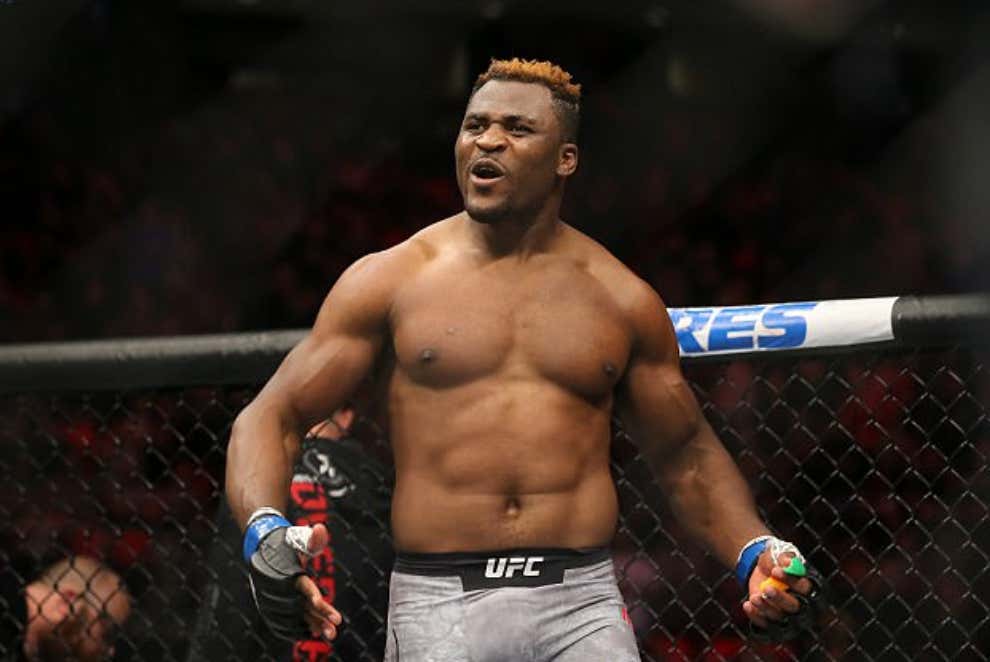 MMAFighting- Francis Ngannou made it loud and clear who he wants to fight next and his choice of opponent is probably music to the UFC’s ears.

Coming off his first loss inside the Octagon, Ngannou has several opponents calling him out, but he stated his preference during an appearance on The MMA Hour on Monday: former UFC heavyweight champion and WWE superstar Brock Lesnar.

Yep, gimme this fight and give it to me now (in six months after Brock Lesnar serves his USADA suspension). If you would’ve proposed this matchup to me a few months back, I’d laugh in your face and tell you that Brock doesn’t stand a chance against Ngannou. I’d tell you the Beast’s head would go flying into the 12th row of the crowd real early on. After seeing how Francis dealt with wrestling/cardio in January, however, this is now a fight I’d love to see. My prediction remains the same, but there’s a huge “What if?” factor thrown in with the possibility of Brock grapplefucking Francis like he did Mark Hunt at UFC 200. It’s basically the same matchup as the one with the Super Samoan, but with a much higher chance of both extremes happening re: Brock getting brutally KO’d and Brock just lying on top of somebody for three rounds, and I’m down for that.

P.S. Looks like somebody else wants a shot at Brock as well…