These shoes are absolute beauties. One of the sweetest things that hockey players do is customizing goalie masks. Basketball players wearing artistically inspired shoes would be fantastic and Neuman-Goretti’s own Quade Green is leading the charge.

A closer look at the shoes. 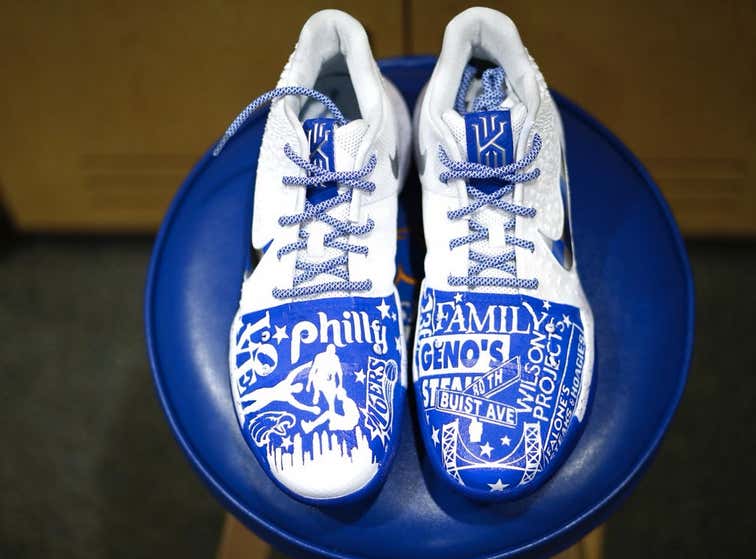 Among the iconography appearing on the shoes:

Some strong shoes for a strong squad. Kentucky found their groove later in the season, and while this freshman class isn’t as ballyhooed as past classes, Green, along with Kevin Knox and Shai Gilgeous-Alexander, have the ability to sneakily make some noise. Their freshman-only lineup put up 74 points in 24 minutes earlier this season, so the explosiveness is there.

The Philly connection with Green, not to mention the shoes, make them a team worth keeping an eye on.