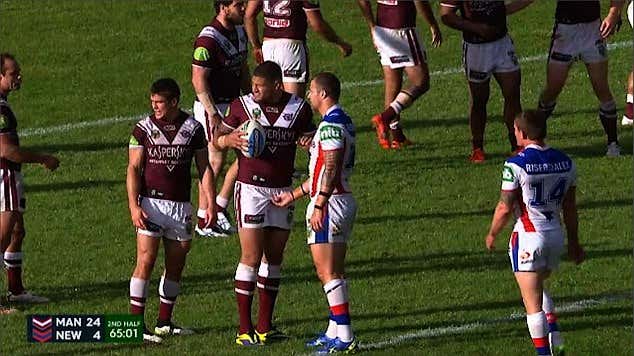 And as recently as the 1950s, Scott writes, it wasn’t uncommon for an aboriginal tribe in Australia to say hello via genital grabbing. Aussie anthropologist M.J. Meggitt reported that men of the Walbiri, upon visiting each other, would place their penises in their host’s hands. “To refuse a penis,” Scott writes matter of factly, “was a sign of hostility.”

It’s no wonder that, here in America, we’ve settled upon a quick handshake as our greeting of choice.

That entire article is some of the finer journalism that I’ve ever seen. I always long for the days of old when I read articles like that.

In today’s society, we simply wave from across the street to the casual passerby. We say hello to our friends and colleagues via text messaging or email. Years ago, you would see people sprint across the street and gently place their genitals in each other’s hands as a greeting. It was customary, not creepy. Sadly, It’s been at least a decade since I’ve held a stranger’s privates in my hands in public. Just last week while I was taking a ride via uber, I thought to myself, “should I place my penis in my driver’s hands before we head to Newark Internation Airport?” I didn’t because the traffic was bad. And before you even ask, of course, I regret it.

So, to Marcus who picked me up on 27th and Broadway, I apologize.