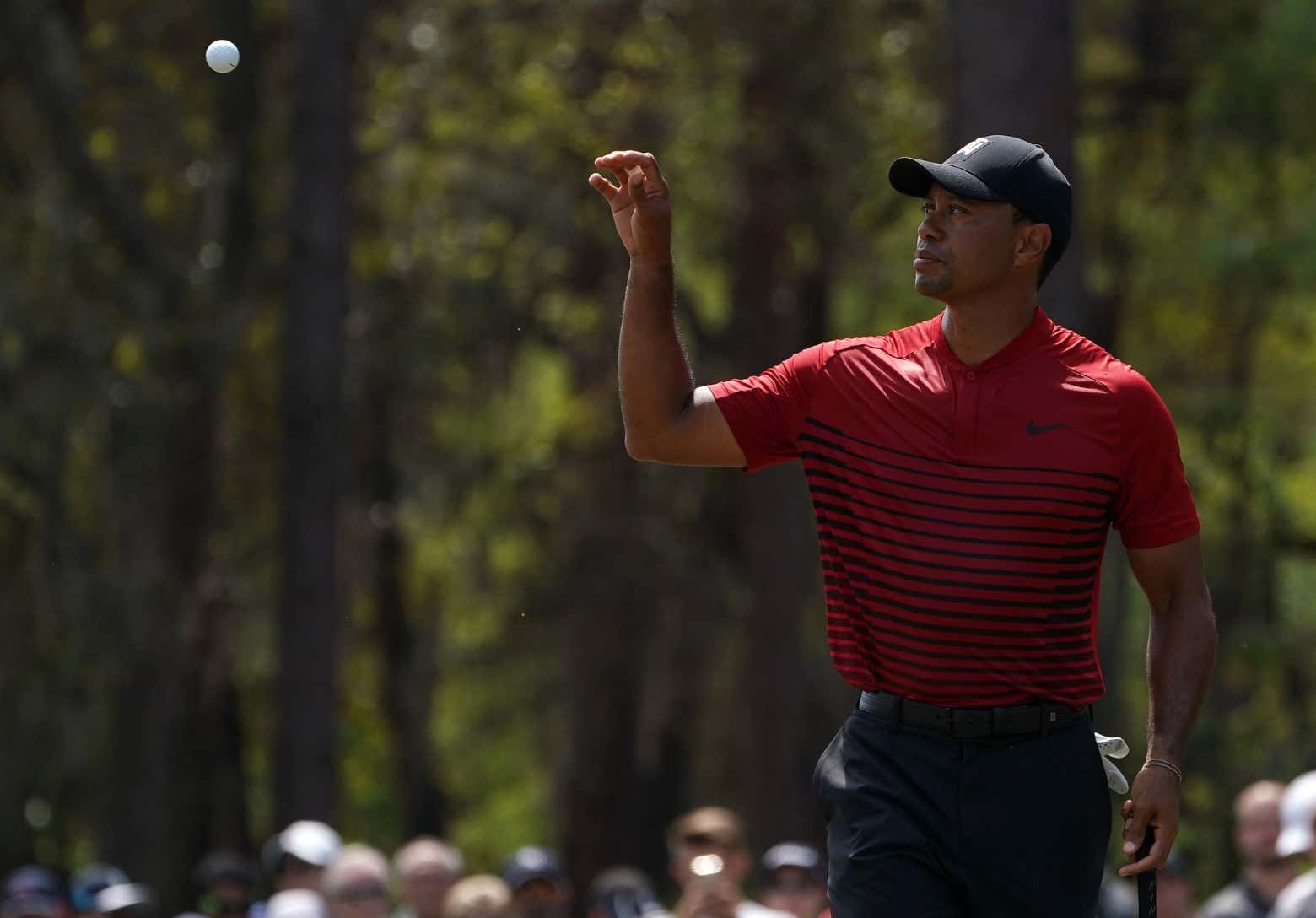 Those are the type of putts you sign up for when you hitch your wagon to Tiger Woods. That putt was vintage. I screamed at the top of my lungs when it dropped. So he was one shot back of Paul Casey heading to the 72nd hole. He obivously didn’t end up making a birdie on 18 but god damn. If you had told us at the beginning of the week that Tiger was gonna have a chance to force a playoff on the 72nd hole, we all sign up for that 1,00,000 out of 1,000,000 times. I know people will say we’ve changed the “Tiger’s back” gauge but who gives a fuck? At this point I like seeing Tiger play well and having a chance to win. That’s it. Is the bar lowered? Uhhhhhhh yeah. No duh. It’s 2018 not 2000. Things are gonna change.

And honestly, Tiger didn’t play crazy well today. Through 16 holes it didn’t feel much like a Tiger Sunday despite the red shirt. His iron game wasn’t great and he missed countless birdie opportunities. Yeah he turned it on at the end and made it super interesting but if he cans a few of those birdies we could be talking about Tiger’s 80th win instead of an exhilarating-yet-ultimately-disapointing second place finish.

But think about it this way. Zoom out a little. Yes, it’s sad that Tiger didn’t force a playoff/win the tournament but he did finish second and he did captivate the entire world. There’s NOTHING like Tiger Woods being in contention at a golf tournament on a Sunday. Everybody tunes in. That’s why the Valspar smashed its attendance records all week. That’s why the text chain you have with your buddies was full of Tiger talk. That’s why Twitter was on fire as everyone tuned into see what was gonna happen. It was THE VALSPAR ant people were going nuts. People have said it before but Tiger doesn’t move the need in golf. He is the needle. He transcends. He proves it time and time and time again. Doesn’t matter if you love or hate him. You wanna see what he does.

The fact that we’re even here talking about Tiger playing as well as he is after 4,000 back surgeries, 5,000 start-and-stop comebacks and a DUI arrest is crazy. No he didn’t win but he’s back. He’s so back. Shoutout to fusion. And the world is watching which makes him very very very #GoodForGolf.

Oh and buy a shirt. They’re awesome. I highly recommend the green one. There may or may not be a pretty important golf tournament coming up that it fits perfectly with