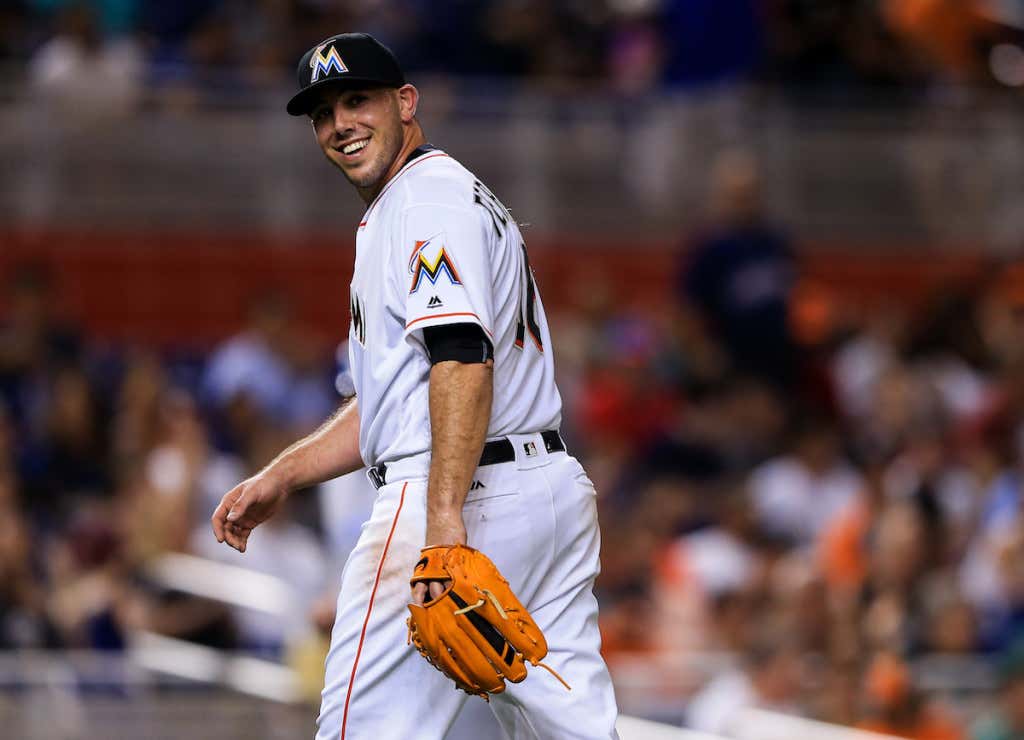 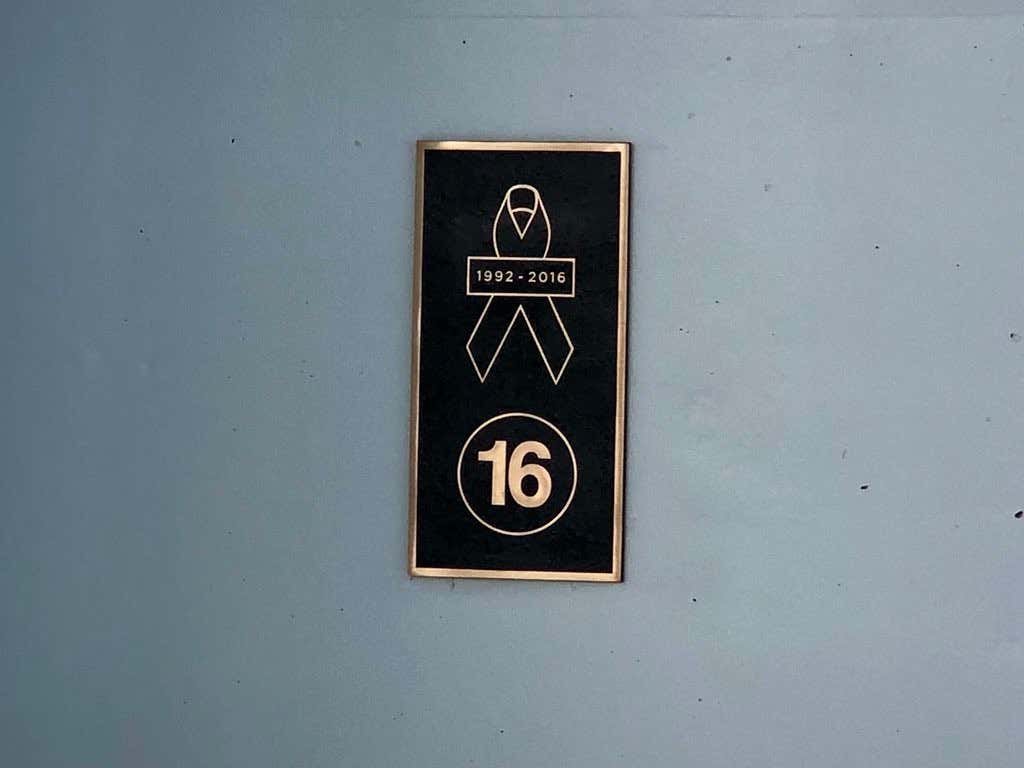 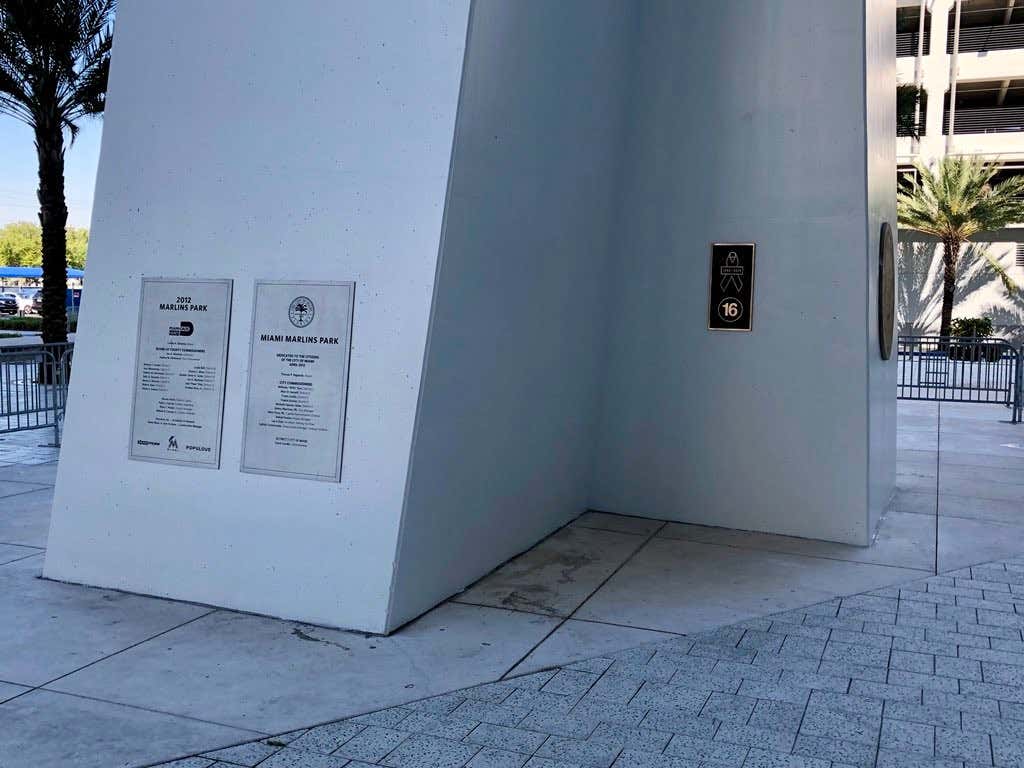 After the World Series ended, I took a little vacation to Miami this past fall. I was a huge fan of Jose Fernandez. Still am, and always will be. You figure, you take a vacation to Miami, the focal point would end up being the beaches, the great weather and the relaxation. I did all of that, but that wasn’t what this trip was about for me. It was about Jose Fernandez.

I just remembered going to Dealey Plaza in Dallas, Texas a few years ago, the site where John F. Kennedy was assassinated, and what that feeling was like to be standing right there where it had all happened. Call it morbid or whatever you’d like, but it’s a powerful experience. I don’t know if it was for closure or whatever it was. Perhaps it was as simple as having difficulty with accepting the fact that my favorite pitcher was gone in an instant at the age of 24 — I wanted to go there. I wanted to go to the spot where his life tragically ended.

After some quick research, we found the spot and walked out onto the jetty that his boat crashed into, killing himself and two of his friends. I was standing there on a night just like that night in September of 2016. It was dark, and there was no moon in the sky. I’m certainly not trying to make excuses for him, as what he did was wrong. He acted selfishly, immaturely and irresponsibly. It cost him his life, and the lives of two others. But as I stood out there, halfway out on the mile-long jetty, the first words that I said were, “You can’t see shit out here.”

I felt an overwhelming feeling of sadness. It’s an odd feeling to sort of look out and picture the boat zipping around and imagining where it crashed, as you’re looking at exactly where it happened. You almost feel guilty for feeling sad, because of how irresponsibly he acted and cost two others their lives. But I just remember being hit with a wave of emotion when I got all the way out there, looked out at the water and then to the spot where his boat crashed into the jetty that I was standing on, getting the chance to see with my own two eyes that there’s no way he could’ve seen it coming, impaired or not, until it was too late.

Last April, former Marlins owner Jeffrey Loria did an interview with Jerry Crasnick, and revealed the team’s plans to unveil a statue in Jose’s honor.

We’re having a big sculpture of Jose made for the plaza or maybe in front of the stadium. William Behrends is doing it. He did the Willie McCovey and Willie Mays sculptures out in San Francisco.

I went through hundreds and hundreds of photographs with the sculptor and gestures of Jose’s face to try and make it perfect. No one else is going to get involved in a piece of sculpture other than me, right? I’ve spent 50 years in that world.

We’re going to cast it in bronze and paint the glove the red-orange that Jose would like, and that will be the only color on it. I don’t want to make it kitschy, but that was his favorite thing. Hopefully we’ll see it in six months or so. It’s a very long process to cast a sculpture that’s 9 or 10 feet high, as opposed to 6 feet.

Loria sold the team before a statue was placed outside of Marlins Park. The new Derek Jeter-led Marlins ownership group decided that perhaps a plaque was a more appropriate way to honor the late Jose Fernandez, as many had protested the idea of a statue to honor someone who would’ve faced criminal charges had he survived the boating accident.

Back in November, when I was in Miami, I took a tour of Marlins Park. Part of the tour included a trip down to where the tribute for Fernandez had been set up after his passing. Signatures and messages lined the walls. From players, from fans, from those who knew him personally, to those who had never met him at all but had been touched in some way or another by either his passion for the game or his passion for life. Those are all gone now, but a plaque now takes its place.

Part of the tour brought us into the Marlins clubhouse where Fernandez’s locker still remains untouched. It was eerie, being that it was the offseason. Everyone else’s locker had been cleared out, but there was Jose’s locker with all of his belongings sitting right where he had left them. I hope that locker ends up in the Hall of Fame some day.

In the end, perhaps going with the plaque over the statue was the right call. It would be insulting to ignore the reason why we’re talking about the different ways to honor his life versus what team he’d be signing with in free agency after this season. But I also don’t think it’s right to erase an entire person’s life, what they meant to the game, how they made people feel, and what they did for their entire community over one mistake. It was a mistake — a big one, a costly one. But it was a mistake nonetheless.

Although a statue might’ve been too strong of a gesture given the circumstances, his story and his life deserve to be honored by the Marlins organization, and the city of Miami. With this plaque, it has been and forever will be.