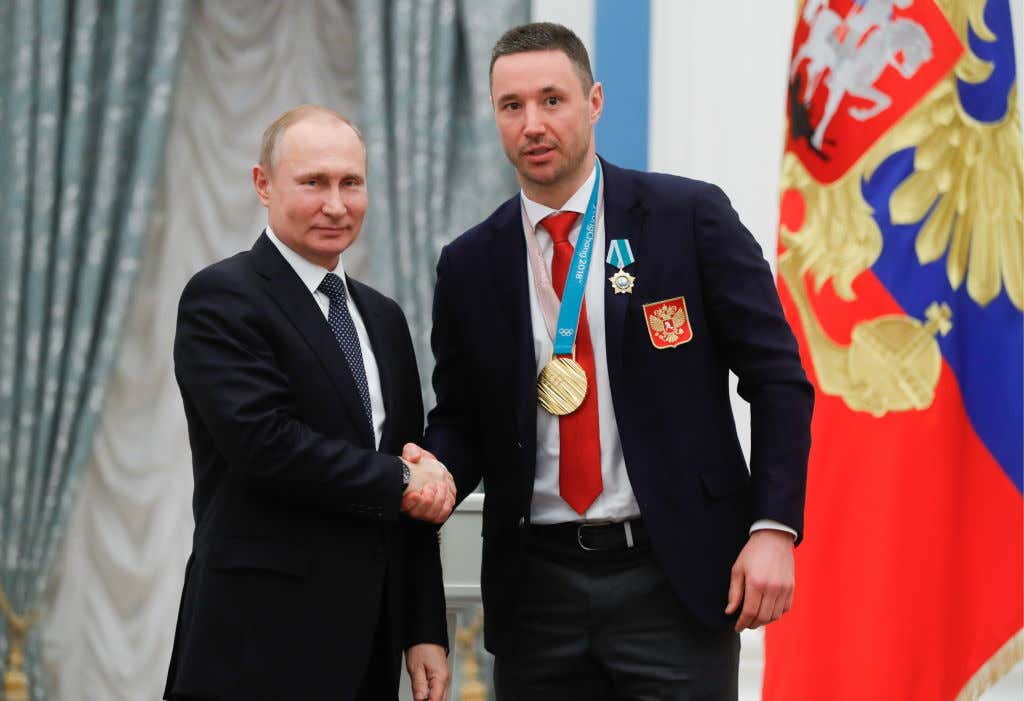 So if you’ve been around Hockey Twitter at all, you know that Russian writer Slava Malamud is usually good to go off on a mega anti-Russia Twitter rant at least once every few months. Honestly, I never know what to actually believe from Slava. It seems like he usually knows what he’s talking about and I’m sure he’s very well connected. But he also seems to be a bit of a loose cannon and I can’t quite get a read on whether most of his shit is totally agenda driven or not. But I have to imagine that most of the stuff he goes off about can at least be categorized by “where there’s smoke there’s fire”. And today, there seems to be a fuck ton of smoke.

I’m just gonna screenshot the entire thread because there are way too many to link in every tweet. 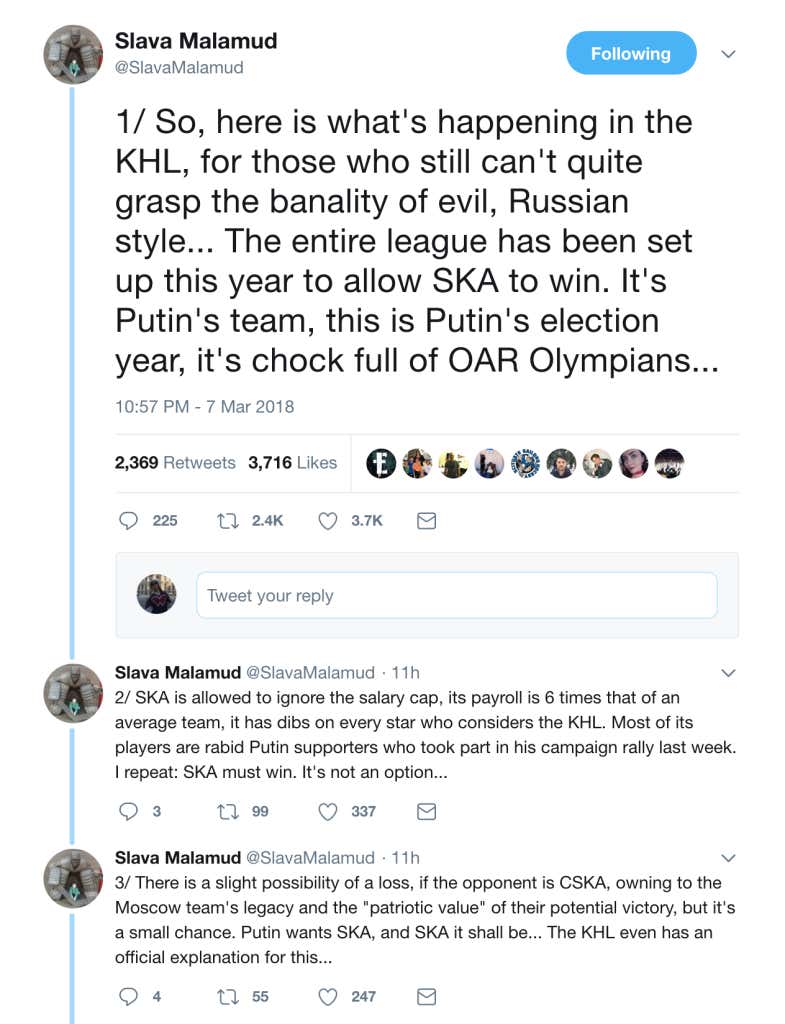 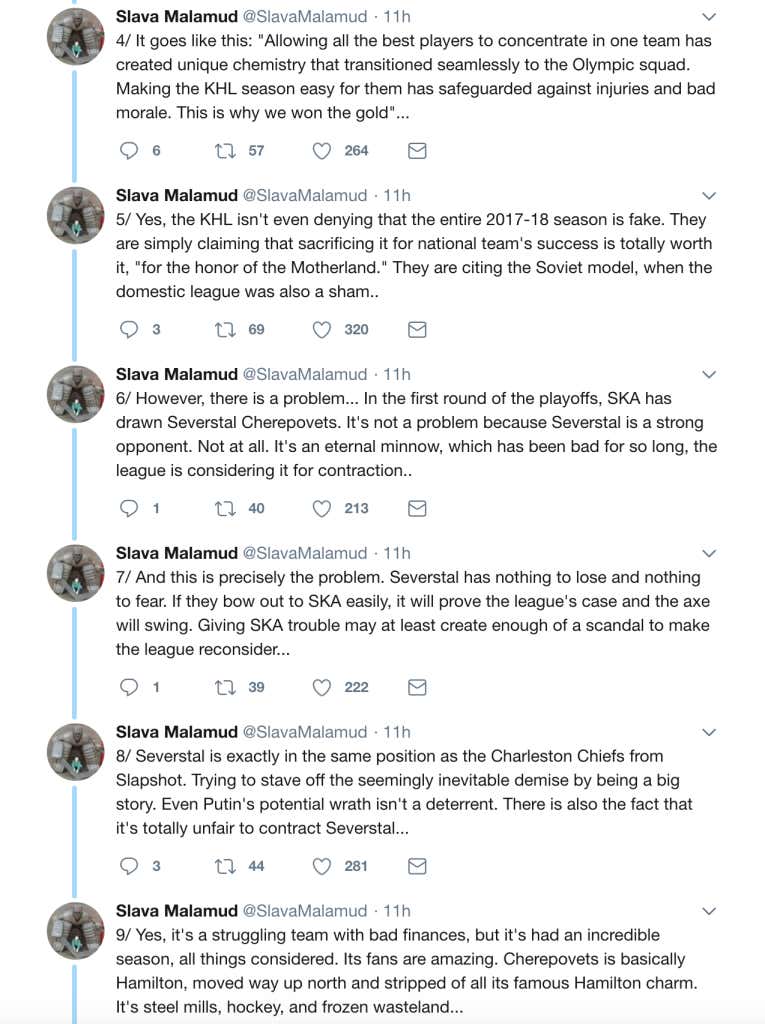 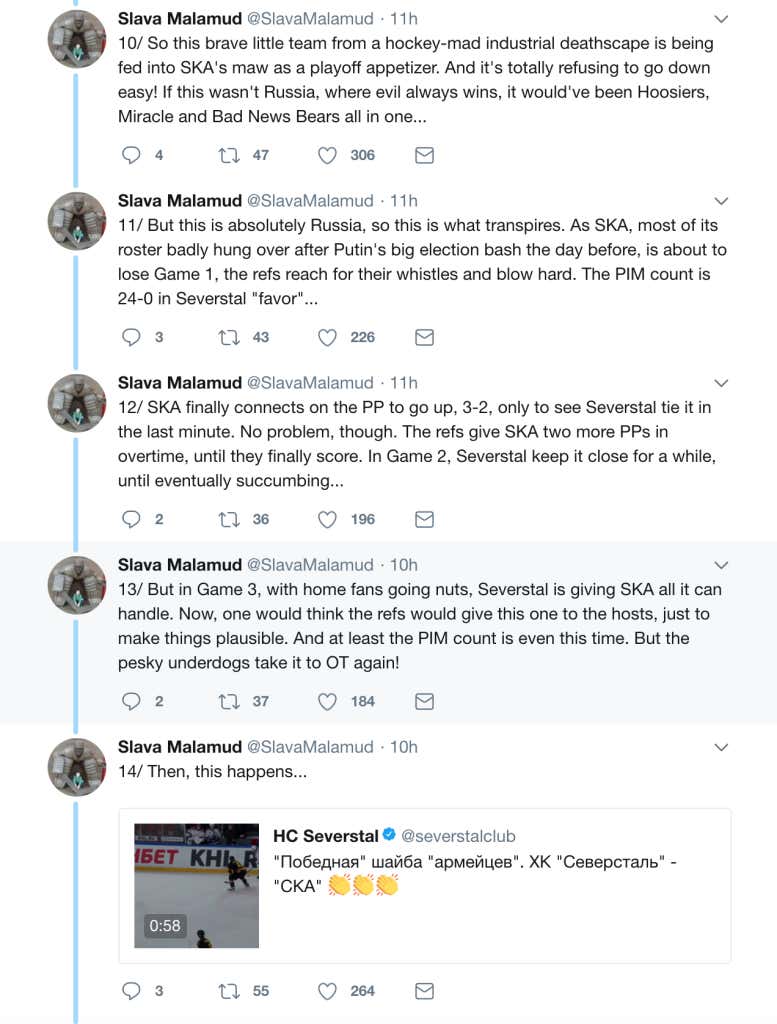 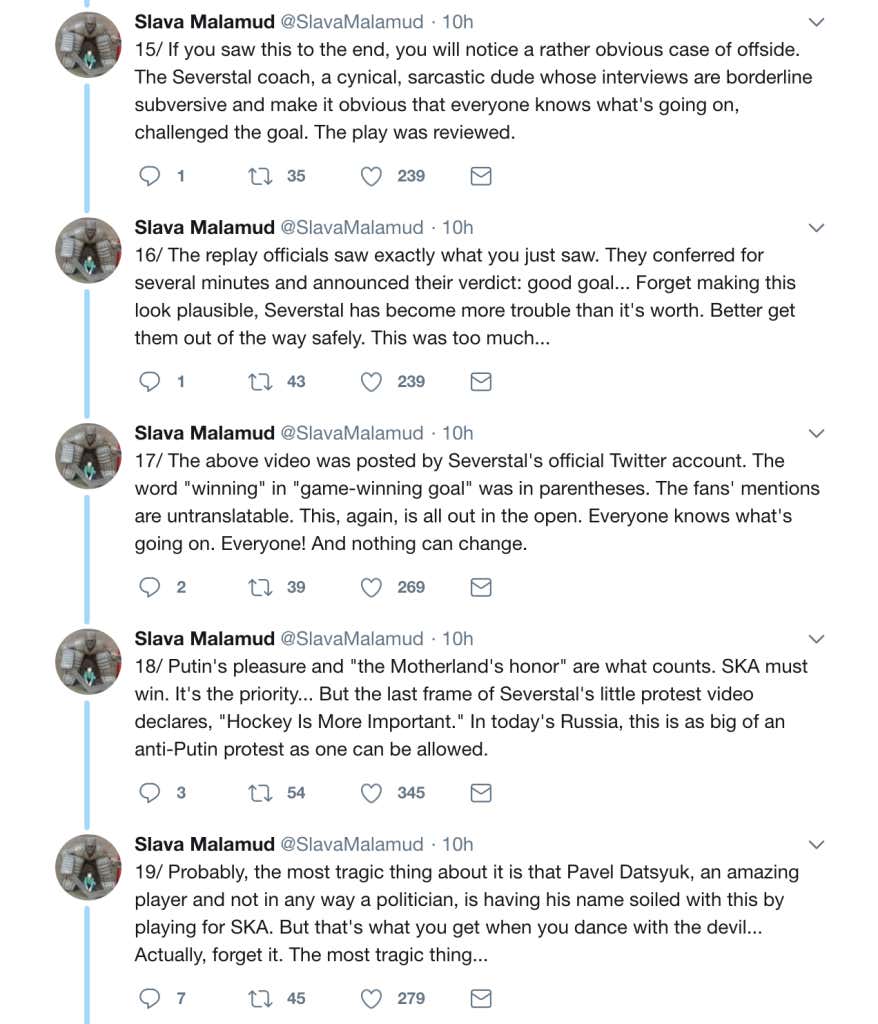 But yeah. Putin can meddle with United States Presidential elections all he wants. I don’t care about politics since I’m going to get blasted in the ass regardless of which candidate gets elected. Doesn’t matter if it was Trump or Clinton, my poor ass is still fucked regardless of who is living in 1600 Pennsylvania Ave. But to rig a major professional hockey league? That would be like if Gary Bettman continuously awarded the #1 overall pick to the Edmonton Oilers for like 6 times in 10 years just to get them a generational talent to turn around that once proud organization. Or it would be like Gary Bettman making sure everything always goes the Pittsburgh Penguins’ way so that the face of the league, Sidney Crosby, can continue to rack up Stanley Cup championships. Basically what I’m saying is that the NHL would never stoop so far as to rigging itself for the benefit of specific teams.

So for Vladimir Putin to come in and rig the KHL just to make sure he gets re-elected? Well that’s fucked up. I simply cannot just stand here and allow that to happen. He rigged the league to make sure the Olympic Athletes from Russia brought back a hockey gold medal in his election year. He rigged the league to make sure that SKA has the easiest road to winning the Gagarin Cup again in his election year. I’m sorry but hockey is way too pure of a sport to get muddied and involved with politics. KHL, NHL, WHL, your local neighborhood beer league, it doesn’t matter. It’s called the separation of church and state. Ever heard of it?