Click here to watch and play with or against Barstool 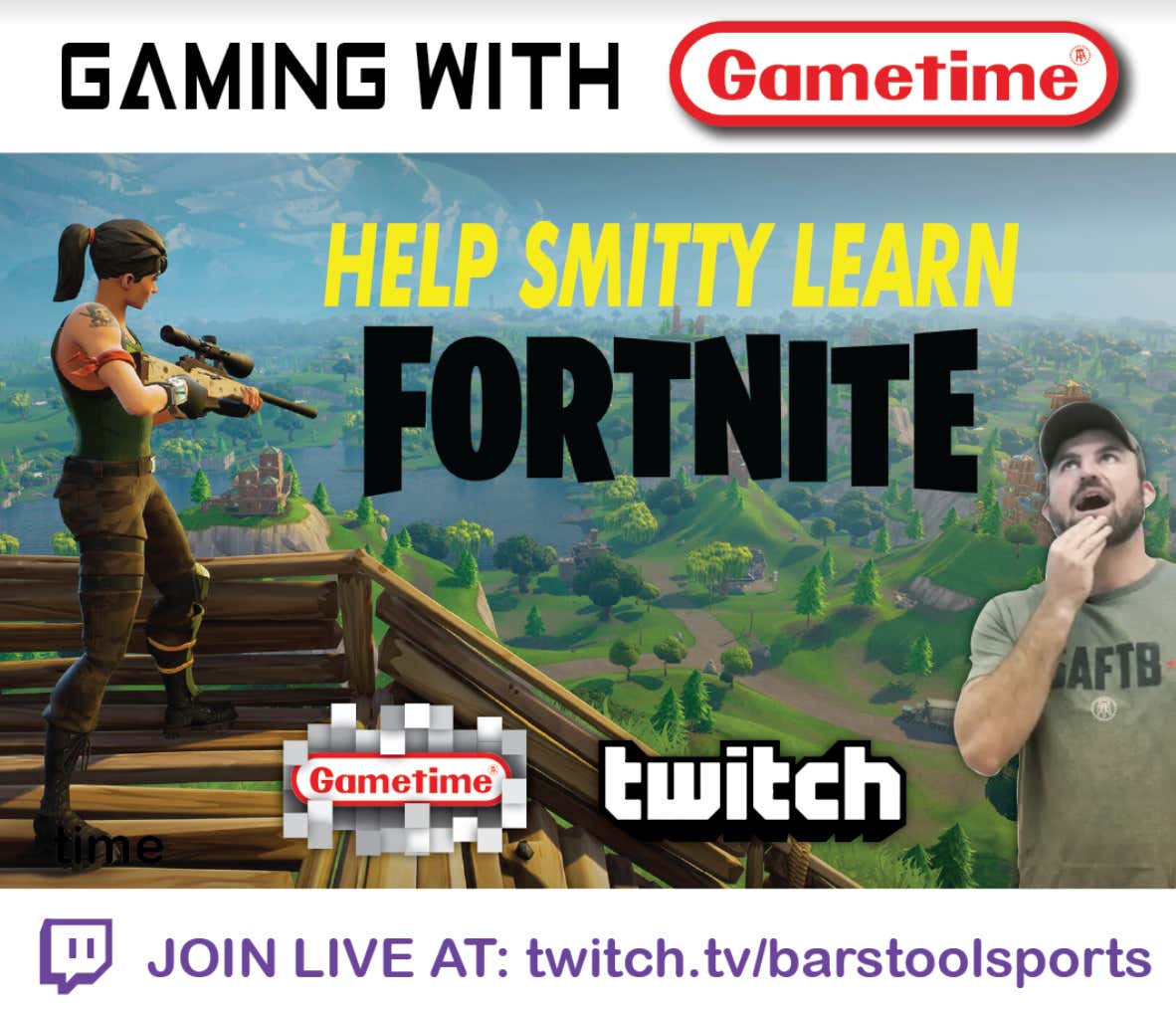 Let’s GOOOOOOOO. If we’re all going to die it’s going to be down this rabbit hole of fantasy Hunger Games world together, dammit.

Fortnite. Every heard of it? It’s what’s been hot on the virtual streets for months now, and there’s a reason for it…Fortnite legitimately funner than fuck. Long story short, we’re in. Possibly too in. Judging by my embarrassingly legendarily/legendarily embarrassing 6 hour binge to 2am last night, I’m dick deep in yet another vice I cannot afford to have:

That Victory Royale didn’t win itself. Oh, wait, it kind of did. Fuck it. Carson Wentz still gets a Super Bowl ring, I also earn a Victory Royale while dead watching from the sidelines, too. As always, we want to squad up with Stoolies and dominate. Devlin is the General of HQ, and I’ve been earning my stripes more and more, but we still want to team up with, dance against, and get help/hate from Stoolies tonight at 7:30pm on Twitch.tv/barstoolsports.

And again, for those Barstool hardos who ask why we are doing this in the first place, or even better, who the hell would watch – They’re fair questions. This isn’t just about playing and viewing video games. There’s more to it than meets the eye. Twitch offers an unique experience that offers the Barstool folk to connect directly with the people. On other mediums we have like the radio, podcasts, or even social media, there’s no free flowing form of direct communication between us and the followers. Every Twitch broadcast is essentially an AMA where people it’s basically the only spot where people can come join and shoot the shit directly with us. Where else can you specifically sit down and rap with Big Cat, KFC, Clem, Riggsy or any of us for an hour at a time? That’s the point of all of this. Not directly playing video games (which is awesome). It’s to bring people together, dammit.So subscribe and follow @BarstoolSports here, por favor).