Source –  A fight broke out between two elderly women at a marketplace in Tambon Ban Tai, Thailand. The women wrestled and hit each other over the spacing of their fruit stands, requiring onlookers to step in and pull them apart. It’s unclear if anyone was injured.

You never want to see anyone resort to violence but sometimes it’s the only solution. Based on how quickly these ladies’ fruit-selling neighbor moved the table out of the way, this fight was a long time coming. 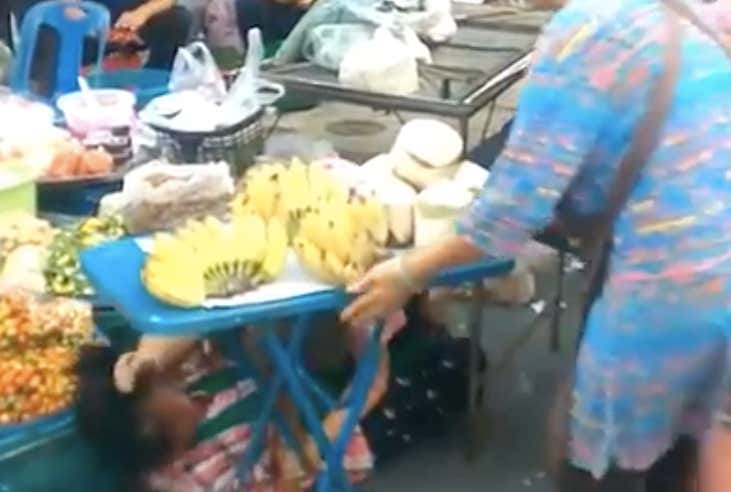 It makes you wonder what went wrong. Was it strictly a territorial dispute? Was there some sort of price undercutting going on? Biggie Smalls famously said, ‘money and blood don’t mix like two dicks.’ Maybe the same rule applies in Thailand except for fruits. Bananas and grapes don’t go together. Regardless, these two were much more spry than I anticipated. Which is a real testament to the Thai way of life. They spend most of their day standing in one-hundred-degree heat doing calastenics. Of course, I just completely made that up but you get the point.

It was a bizarre scene. Both fighters looked like they were enjoying themselves. The lady in the pink couldn’t stop smiling. 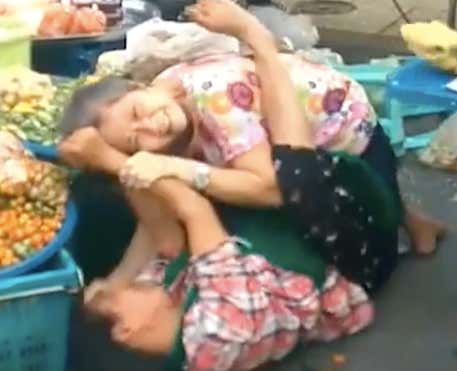 Maybe she’s into hair-play. Different cultures have different norms. Hopefully the fight helped these two settle their differences or at the very least begin a romantic relationship. The tension was there.  If not, it’s going to be an awkward week at work.

PS:  Shout out to the Post for the captions: 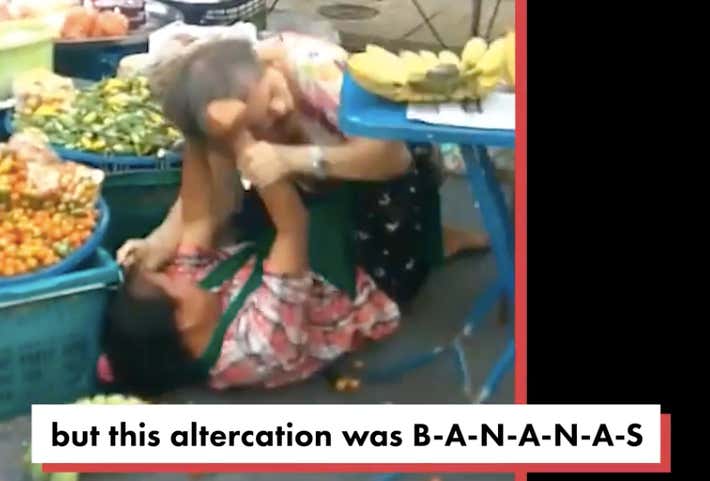