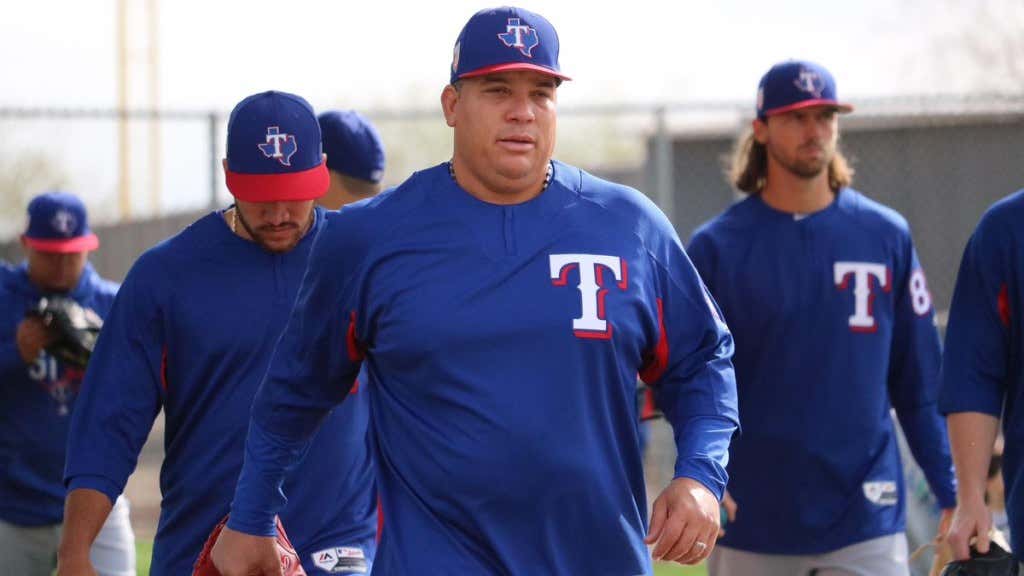 This past offseason, the Texas Rangers signed 44-year-old (45 in May) Bartolo Colon to a minor league deal, keeping him in the American League after a brief stint with the Twins last year. Big Sexy would like everyone to know that he’s happy to be in the AL, although he achieved legend status in the National League during his time with the Mets.

“I’m surprised that I’m here,” Colón admits. “Because in 2010, I thought my career was over.” (He missed the 2010 season recovering from shoulder surgery) “But Tony Peña gave me a chance, and here I am.”

Someone asks the last active former Expo if he is sad to leave the National League after having homered off James Shields in 2016. He chuckles softly. “No no, the American league is better for me, because I don’t have to hit …or run.”

I mean, I don’t think anyone actually thought you were doing much running, Bart. But it’s sad to hear that he doesn’t enjoy hitting, because his home run off of James Shields in 2016 was one of the most electric moments in baseball history. I’m obviously a pro-DH guy, but every argument that I’ve heard for keeping the DH out of the National League has cited that Bartolo home run. And to be honest, it’s quite the trump card.

That home run was iconic. There will one day be a statue in Queens of Bartolo going big fly in San Diego. So, in a way, maybe it’s a good thing that he’s in the American League. If he hit another home run, then it might take away from the one off of James Shields. Let that be the one. The one that will live on forever in baseball lore.

PS — The craziest part about the Bartolo home run video is that David Wright was actually healthy enough to appear in it. Miss that guy.