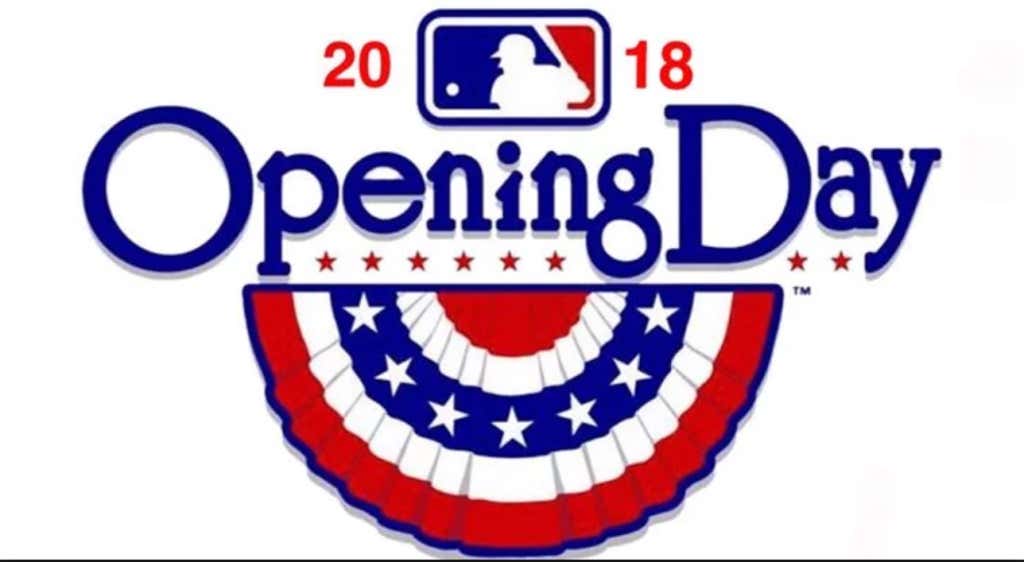 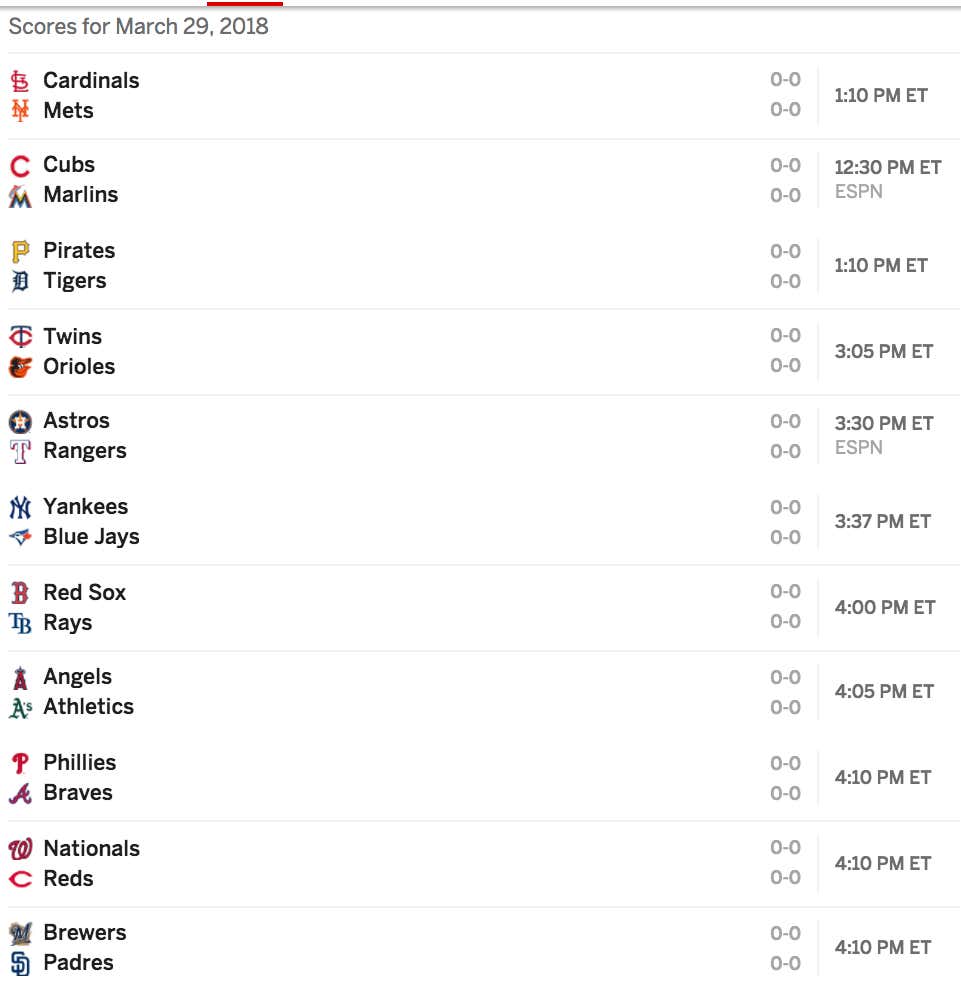 Look at that beautiful full slate of games on Opening Day. It’s absolutely breathtaking! No fake Opening Day in another country a week ahead of everybody else. No Opening Night appetizer with 1-3 games going. And no half measures where some teams start their season 48 hours after others. We have a full bukakke of baseball coming directly for our eyeballs on March 29th, which is also the earliest Opening Day ever, so there may or may not be a game called for snow. But who cares? Baseball should come back as one glorious, unofficial national holiday. And if Big Donnie wants to turn it into an official off from school/work holiday, I don’t think anybody will complain.

Usually it takes me a good 4 months to finally get the taste of last year’s Mets season out of my mouth. But like clockwork, once the first nice day of weather hits, I get baseball fever. 104 degrees on the thermometer and ready to rock. I restart my fantasy baseball league, get myself up to speed on who went where during the offseason, and convince myself the Mets will stay healthy this year. Granted those last two are a little weird this season since teams seem to be pseudo blackballing free agents and there are already whispers about Jacob deGrom potentially missing Opening Day.

But that’s neither here nor there. The mere thought of a real Opening Day has me hyped. The only way the baseball season should kick off is with a million games going at once. Going from a winter slumber to absolute chaos is how every baseball season should start. We inevitably get a hitter that crushes two bombs in his first 2 ABs or a pitcher flirting with a no-no through 7, followed by about 8 billion bad On Pace For jokes. It’s all part of the overcorrection of sports excitement that we’ve been missing since the Super Bowl was over and the first week of March Madness ended.

And the bunting. That beautiful bunting. The 2nd best usage of red, white, and blue you will ever see in your life. Everything just feels bigger and more important when those wonderful semicircles are in our lives. 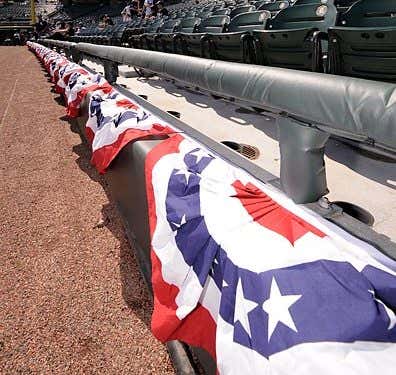 So good work to whoever decided to fix Opening Day and put all these games together on the same day again. I still think there should be at least one day baseball game every day of the season in order to keep the degenerates and the cube monkeys that don’t have scoreboards blocked by their company happy. But this is at least a step in the right direction.