I’m being cyberbullied.  It’s sad that still exists in 2018 after all of Michelle Obama’s hard work but here we are.  Kids still getting bullied online.  Me specifically for ordering a bologna sandwich for lunch. 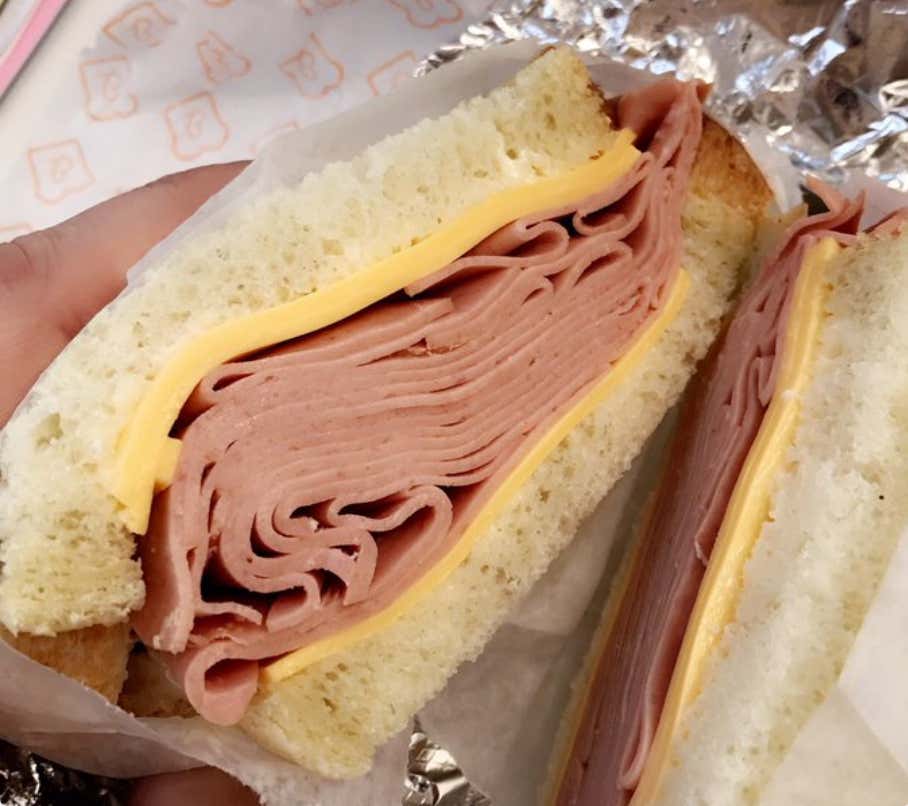 I don’t want to steal Chaps’ shtick here, but let’s just say, you come home from a long day’s work, see that sittin’ on the counter like that, and you don’t know whether to eat it or fuck it.

Bologna Gang stand up.  Don’t be afraid any longer.  Come out from hiding.  Shout it from the rooftops.  We eat bologna and the haters can suck it.

Anyway, I just wanted to prove that we’re willing to blog about literally anything that happens in our life on a daily basis, no matter how mundane.  Name another $100 million company that writes about their bologna sandwiches on white bread with mayo.  I’ll wait.