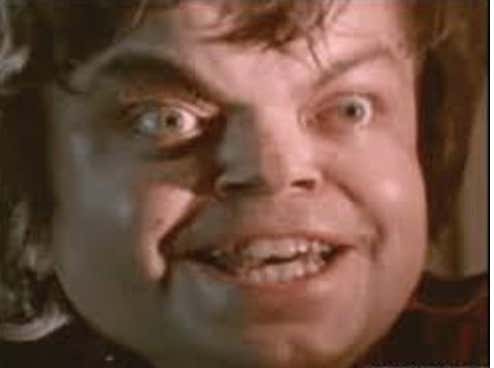 The court heard the situation was “unprecedented” and the previous record for preventing the evacuation of the bowels was believed to have been 33 days.

Police officers were at court to get an extension to his time in custody.

Prosecutor Bob Rowlingson told the court: “He’s in charge of his fate, he only has to co-operate with police”.

Day one: #London gang nominal arrested for failing to stop for police and possession with intent to supply class A drugs, male doesn’t think we have the power to keep him until he removes said items from his bottom????, #thinkagain #opraptor.

Day two: Male is still refusing to pass objects, still doesn’t believe police have this power to hold him until he produces, male has been charged with possession with intent to supply class A drugs x2 and on way to court for a 7 day lay down application.

Day three: Chelmsford magistrates court have issued a 190-hour detention warrant for the male to pass the items concealed, if they are not passed during that time we will apply for more time.

Day four: Male has now been in police custody for the past 50hrs and will remain until he passes said items, he has refused food for all this time and will not accept that he will not be released until he releases.

Day five: Still no news, another day passes without any movement.

Day six: Male is still with us and has just passed 120hours/ 5days without going to the toilet.

Day seven: Another 24 hours has passed and still no movement, 144hrs/ 6days so far

Day eight: Amazingly a further 24hours has past, suspect has now been with us for an entire week and not been to the toilet once! Back to court tomorrow to request further detention until item’s are recovered #comeon

Day nine: We now enter day 9 of our detention of the male arrested for possession with intent to supply, @cpsuk representative made a very good point their summary to the magistrates “the one person preventing this from being resulted is the defendant himself” another 8 days authorised ????

Day 10: Day 10 of poo watch has commenced, Male still refusing to go to the toilet

Day 12: We are now just over 288 hours with our man awaiting for him to go to the toilet or consent to a doctor removing said items

Day 13: Another 24hrs has past taking us past 312hrs/13 full days in custody, back to court Friday to request a third 8 day extension if its required! Also a new record for the west team passing last years 12 days, however still quite some time to pass.

Day 14: 336hrs/14 days/2 weeks since our man was arrested, still refusing to go the toilet or have a doctors remove items from his persons

Day 15: Day 15 today and no movements, unless anything changes overnight then we will be back to court tomorrow for the third time in this case requesting a further 8 days #poowatch #opraptor

Day 16: Back to court, courts have issued a further 7 days detention

Day 19: Today is day 19 and we still have no movement, male doesn’t seem to understand that eventually he will need/have to go

Day 20: Day 20 is coming to an end and still no movement, sorry for the delay in updates the team are busy covering this and other ongoing investigations #opraptor #PooWatch

Day 21: Three weeks for our man on #poowatch still no movements/items to report, he will remain with us until Friday when we are back at court where we will be requesting a further 8 days should he not produce anything before that hearing #opraptor

Day 22: Day 22 and male has still not used the toilet #opraptor

Day 24: Nothing further to report, as soon as this is resulted a statement will be released

This is bullshit. The dude should be released and cleared of all charges. After that, I need him to put up a Facebook Live stream when he finally poops. It’s gonna be incredible. It’s either gonna be a diamond or a riverbed. There’s no in-between. Just an incredible display of self-control that should be rewarded with freedom and privacy.