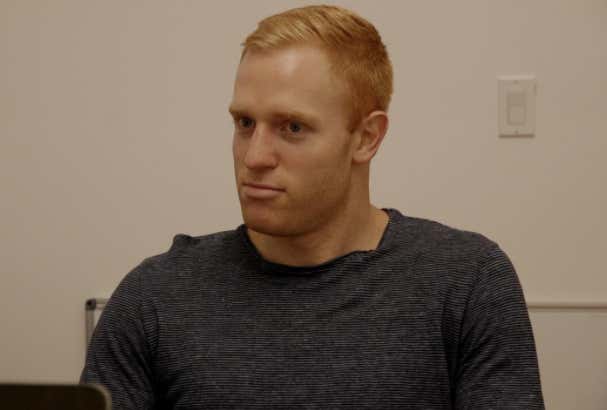 As you may recall from my vicious home invader story, I recently moved to the neighborhood of Chelsea in Manhattan. Sitting just north of the West Village, Chelsea is home to a vibrant LGBTQNWA community. I constantly cross paths with men holding hands, giving me a sour look that says, “are you albino? Pass.” I take it in stride because Albino is fair.

Most nights, I walk home past a bar called Gym. First, has there ever been a better name for a gay bar? Really takes no prisoners. And? This place is incredible. They have a little outdoor patio facing the street and it doesn’t matter if it’s Monday night, Wednesday morning, or Saturday at 4AM–it’s always packed with dudes having the time of their lives. The place is a living, breathing sales pitch for the gay lifestyle, and more than once I’ve had to pull back from stepping through the door to explore the liberty of a landscape barren of females. “You’re straight, Fran. You chose this path,” I say, grinding my teeth in despair and pulling out my phone to text some meaningless bullshit to a woman. These guys at Gym are so intrinsically, incandescently happy! Not a care in the world. Every single guy in there knows that he will be getting laid, so nobody has that sense of urgency or anxiety that so often leads to fisticuffs at the “straight” bars that I obligingly frequent. I once had my face bashed in with the toe of a Timberland boot in Maine because I tried to break up someone else’s fight over a girl. You think that happens at a gay bar? Fuck no. No gay man would be caught dead in Timberlands, unless they were fur-lined and part of a construction-themed cosplay party. 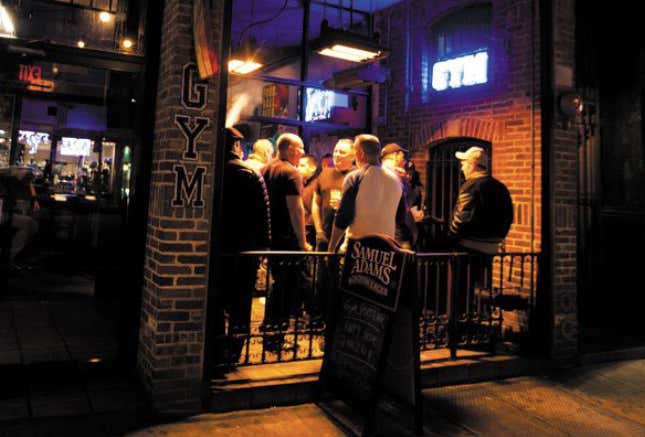 I had always lived under the impression that gay men are the friendliest, happiest people on earth. Until tonight, when things took a decidedly LGBTQ-unfriendly turn. I was making my rounds at Trader Joe’s, per usual. The clementines are God’s candy this time of year, and that fun crate they come in makes me think I stole them off a boat. I love tearing off that orange netting and picking out the plumpest clementine with somewhat loose skin so you have a shot at peeling the entire peel in one connected swirl. The moment you start flaking the clementine peel in shards, you’re done for– that white shit and the citrusy, pesticide smell will live under your fingernails until you find some stanky poon to strum, replacing the old scent with the new. It can take weeks! 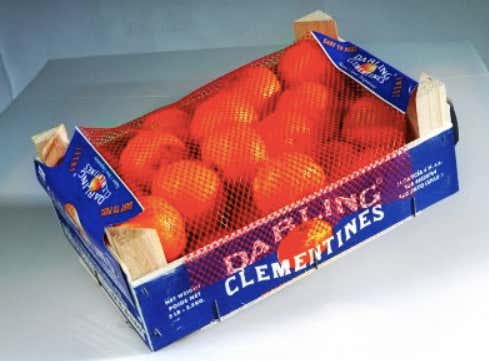 So I’m at TJ’s, checking out. These days, my brain is constantly on the blog, so I’m always asking people to repeat themselves because I don’t hear them. I’m not even kidding about this. I daydream constantly about typing up funny stories. I’m a nightmare on dates because I never hear what she’s saying and because I’m always thinking I’d rather be at Gym with the fellas. Anyway, I paid my bill (half the price of Whole Foods lol fuck off Jeff Bezos you roided-out JK Simmons wannabe), gathered my bag, and headed for the door. Now, let me explain the doors, because they’re important. There are two doors that open out to the street. The one on the right is apparently meant for exiting customers, while the door on the left is meant for entering customers. However, neither door is specifically marked with enter/exit, so to ME, it’s a “choose your own adventure” situation. The exit door was closed but someone was holding the enter door open, so I chose the path of least resistance. Right? WRONG.

Just as I stepped through the threshold, an ENORMOUS gay man tried to squeeze in. We gently bumped shoulders but I took the worst of it because I haven’t been focusing on my core at all lately. I turned quickly to say sorry but before the word was out of my mouth, this gargantuan gargoyle of gay screamed: “USE THE OTHER DOOR, YOU STRAIGHT BITCH.” 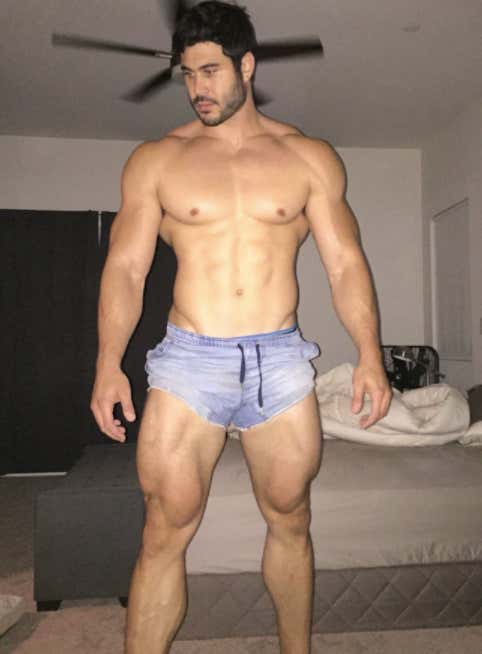 I almost fell off the curb into traffic. The force of the words was so intense that I dropped my bag, bruising my beloved clementines as my face reddened in humiliation. Immediately, my first thought was… “how dare he assume that I’m straight.” (Author’s note: I know this blog is a joke but this was actually my first thought. Which surprised me.) How the fuck did he know? Do I look weathered from years of nagging? Has my body gone to shit? Can he see the raised scars on my back, scored by the barbs of countless pussy whips? WHAT AM I DOING WRONG THAT A GAY GUY IN NEW YORK’S GAYEST NEIGHBORHOOD AT THE GAYEST GROCERY STORE WOULD KNOW, IMMEDIATELY, THAT I’M NOT GAY?!

But by then, he was inside the store. The crowd flowed around him and he disappeared behind a display of rice cakes and Pirate’s Booty. I was flabbergasted, and as I bent to pick up my scattered items, I clenched my butt cheeks in shame. Prior to this exchange, I had sauntered up and down the streets of Chelsea with my caboose loose as a goose, in pants so tight you can’t wear underwear. I was convinced that gay men could not resist me; that I was the new Belle of the neighborhood; that I would soon be hushing catcalls and flirtation while simultaneously inviting it, relishing the attention. The suitors would determine my address and send Amazon packages to my door filled with e-readers and edible underwear. My gym membership would be comped by the hairless trainer who did my paperwork, and I’d hold court on the patio at Gym, practicing standup material as my playmates howled in unison. And then we’d go bowling because it’s so fun. And some old guy would pay my rent in exchange for one hour a week of me posing nude while he paints me with babyfood. You know, typical gay stuff. 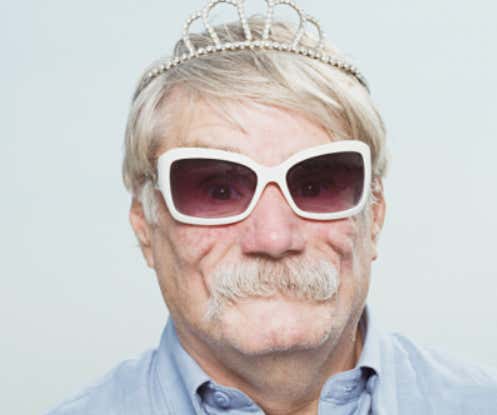 One angry gay guy calling me a “straight bitch” instantly extinguished that entire fantasy forever. I wasn’t welcome. I could never make it in the gay community. They had decided, through a council and a referendum, that I, Francis Ellis, am the straightest man that has ever lived.

And that’s pretty fucking gay, yo.