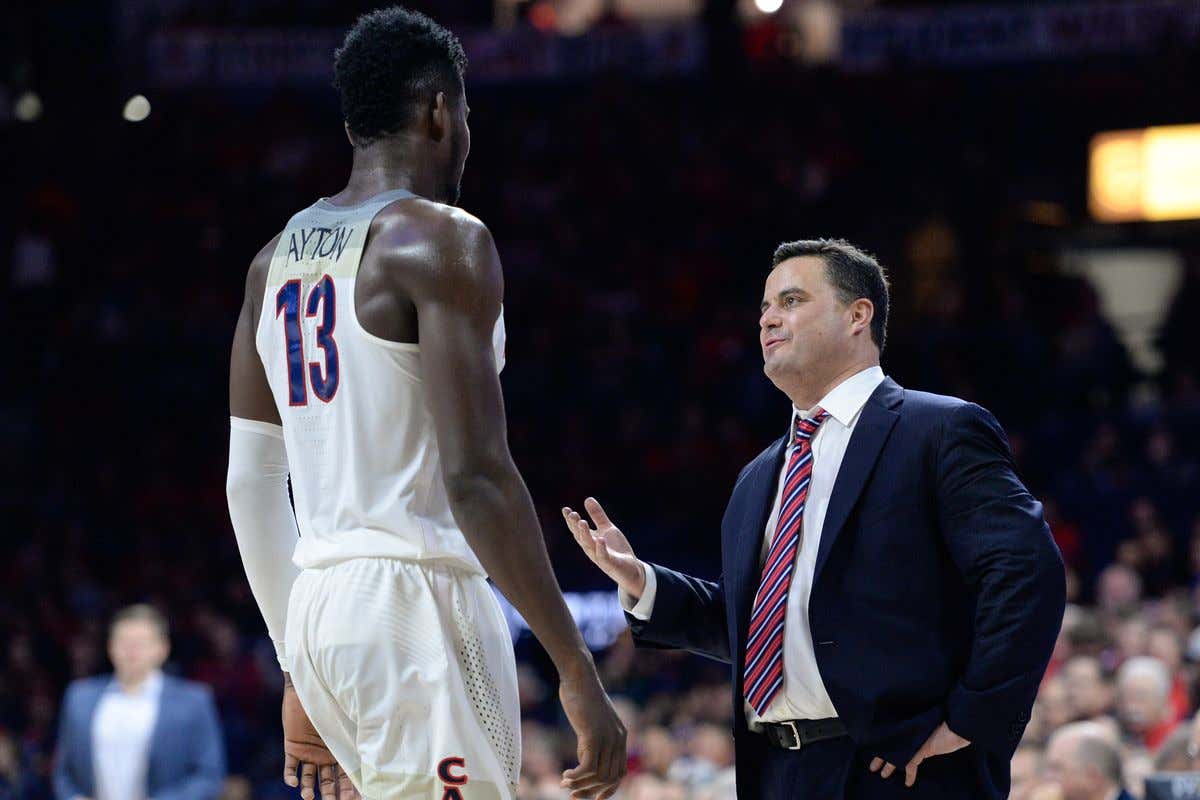 But the timeline doesn’t add up.

A source told 247Sports that Dawkins (who had his phone tapped by the FBI) and Miller had calls intercepted between the timeframe of June 19 of 2017, through Sept. 25.

Sources say that the U.S. Attorney’s office notified multiple parties who had conversations with Dawkins that their phone calls had been recorded specifically during the dates of June 19, 2017 and Sept. 25, 2017.

The fourth-ranked player in the 247Sports Composite, Ayton signed with Arizona on Nov. 10 of 2016. He arrived on campus on June 10 of 2017, according to a source. Ayton began orientation on June 19.

And around and around we go. This was starting to leak over the last 24 hours or so. There was something not adding up to the alleged Sean Miller phone call in which he discussed a $100,000 payment with Christian Dawkins for Deandre Ayton. Well, here’s one damning piece of information regarding that phone call as this is some excellent work by 247Sports.

We saw Ayton play against Oregon while Sean Miller didn’t coach. As of today it’s still uncertain if Miller will coach on Thursday’s game, but part of the reason is Ayton has already been cleared by the NCAA. He’s not ineligible, so it makes no sense to sit him. I wouldn’t be surprised to see Miller coach again this year as there are now conflicting reports about what’s going on with the call.

So far the two ‘bombshell’ reports have been sort of nothing. I’ve talked quite a bit about the Yahoo report and how it just featured Christian Dawkins expense reports. That’s something with not a whole lot of weight behind it, considering the NCAA can’t possibly find a lot there without receipts. Now, we have a conflicting report on the Sean Miller news.