OK now first things first. Who doesn’t love the Carlton dance? That has to be up there in terms of the greatest dances of all time. You see people doing it around you, and try to not join in, it’s nearly impossible

I mean I’m smiling doing this dance at my desk as we speak. Definition of electric. Which brings us to this stoppage of play in this Kings game over the weekend. I don’t fault the in game ops people for using the Carlton Cam to get people excited for a brief moment in what is another lost Kings season, and while it’s questionable they didn’t use the correct song, that still plays. That’ll get the people out of their seats and their bodies into some sort of convulsion that isn’t really the Carlton dance but is close enough. But the point of this blog is towards the end of the video we see this guy 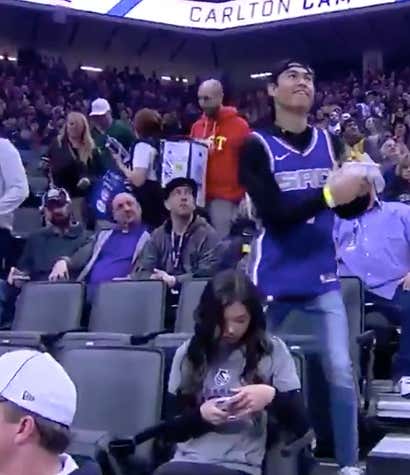 This is where my spidey sense starts to tingle. Are they there together? If so why are they in different rows? Who the hell does the Carton dance while holding nachos? What type of serial killer type shit is that? That makes you an asshole right off the bat. He starts to go through the motions a little bit and actually looks like he’s pulling it off 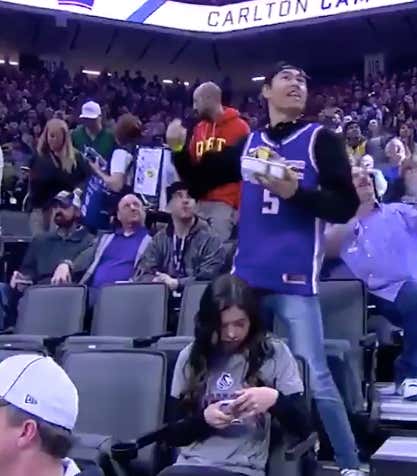 a few seconds into it though, disaster strikes 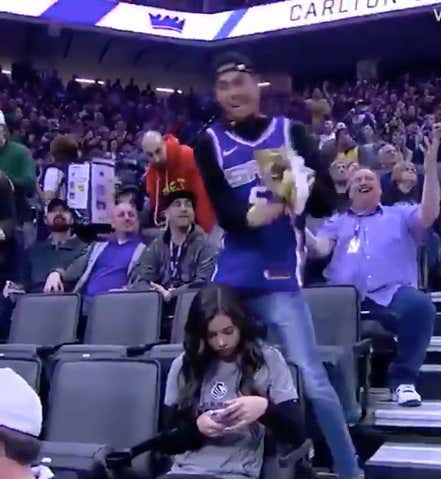 Now the NBA has these fake situations all the time. Usually it involves a mascot or something and I’m to believe that after crushing the Carlton dance without any issues, all the sudden this guy hits his own nachos. Also, look at the guy behind him, he’s already started his “what the hell are you doing?!?!” move literally as this happens in real time. That seems fishy to me. Then as you can imagine, things didn’t go so hot 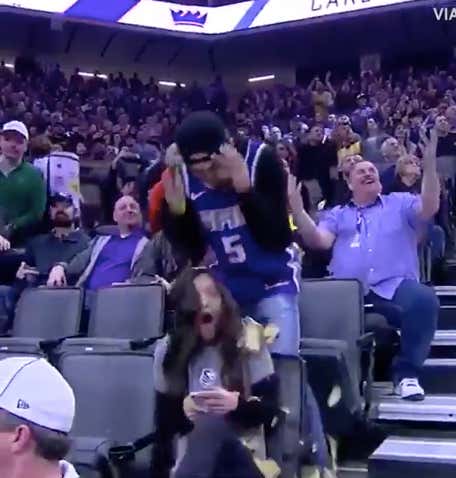 Disaster. Normally this wouldn’t be all that funny, but I can’t lie, when he just says fuck it and goes back to the Carlton dance I laugh every time. The girl in this video does a good job in her part too. If you look at her face she looks genuinely upset and on the verge of tears. That’s some A+ acting right there and the only thing that gives me the smallest sliver of hope this is real. But then when you think about it, you have to be some type of asshole to be like “oh my bad here is like 1.5 napkins sorry about that!” and then immediately keep dancing. This reeks of a staged situation. Again I ask why there are no other patrons around these two? From the looks of that arena it looks mostly sold out outside of 6 seats where this just so happens to go down. Not buying it. The actual motion of hitting those nachos looks too direct and out of motion of the dance in my opinion as well, which is too bad.

So good try Kings, but I’m not buying this. I want to, because again it would pretty funny if it were real, but I’m not about to get JMac’d. Very sad!