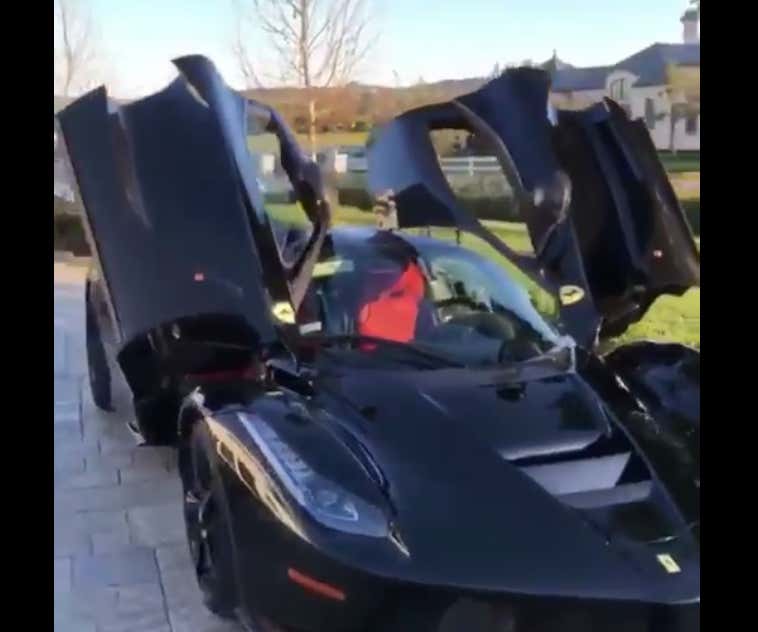 The reality star posted footage of her flash new motor – worth around £1.2million ($1.4 million) – on her Instagram Stories last night.

As she gave her followers a proper view of the limited edition LaFerrari , she told fans it’s a “push present” for giving birth to baby Stormi earlier this month.

It’s not known who gifted Kylie the plush motor, but several reports suggest the pricey present could be from baby daddy Travis Scott.

The couple were spotted out in the sports car yesterday as they were seen together for the first time since welcoming their baby daughter.

That’s right folks. Apparently there is something called a “push present”, where you are supposed to give your significant other a gift for giving birth to your baby. And I guess a nice bracelet or pair of earrings wasn’t enough for Kylie, as Travis Scott bought her a $1.4 million car.

Poor Travis Scott has now set the bar so high for himself, what does he even give Kylie ever again? He’s going to try and give her a $500,000 diamond necklace and she’s going to toss it right into the trash. Don’t bring that soft serve into her kitchen. Somewhere, Travis Scott is looking up the cost of a vasectomy.