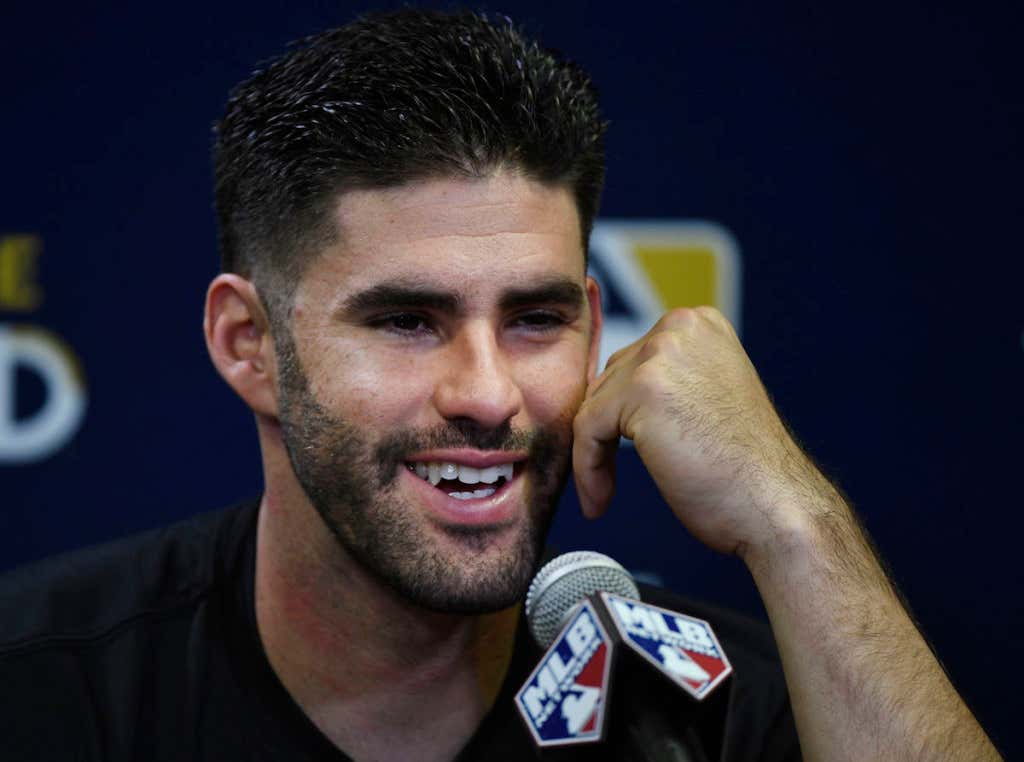 Barstool Vs. The World.

Just like all of you, I just want this fucking thing to be over with so that we can move on to talking about baseball and start getting excited for the upcoming season, but we might finally have a resolution to the JD Martinez to Boston saga. Word on the street was that the Red Sox were prepared for this press conference to go down tomorrow. I just got word that it’s definitely going down on Monday. Ian Browne of MLB.com has the rest of the details:

After a productive weekend of collaboration between the Red Sox and slugger J.D. Martinez, the sides appear close to formalizing the five-year, $110 million contract that was agreed upon last week, two sources told MLB.com.

A press conference could come as early as Monday morning, which is the one-week anniversary of when the Red Sox and Martinez agreed to terms on a deal that includes opt-outs after the second and third seasons.

Martinez came to Fort Myers on Wednesday for a physical. The Red Sox determined from the physical that Martinez is fully healthy for 2018. However, they spotted an issue that could be of concern at some point over the length of the contract and sought some other medical opinions.

From there, the Red Sox and agent Scott Boras, who represents Martinez, worked through the situation all weekend cooperatively and professionally, as both sides just wanted to protect themselves with additional contract language.

Martinez had a sprained Lisfranc ligament in his right foot last year and a right elbow injury in 2016. It is unknown what the precise medical issue is that delayed the formalization of the much-anticipated union between the Red Sox and Martinez.

Basically, exactly what was written on Barstool yesterday. The holdup was over the Red Sox wanting to include some language in the contract that would protect themselves should an injury cause Martinez to miss significant playing time in the future, while also including that he is still ready to play in 2018.

That blog post also includes a couple of examples where the Red Sox have done this in the past with players like Mike Napoli, and the future injury that the team was concerned about never ended up being a problem. Not just with the Red Sox, but ever. Of course, everybody is different, but the precedent has been set that this isn’t a huge deal and that it just became one because the final parts of the contract were essentially negotiated in public, and also that they were negotiated after everyone had already gotten excited about a deal being done.

JD Martinez to the Red Sox. Book it. Cue the dinger video.