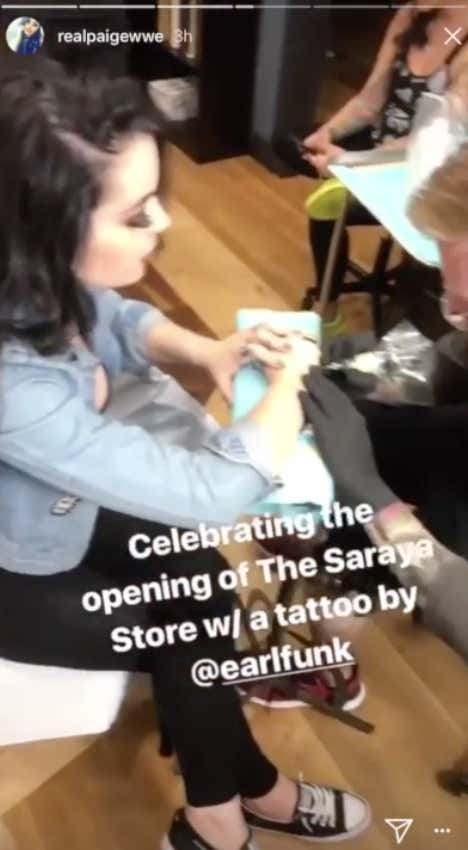 I don’t have any tattoos as of right now, but I like the idea of them a lot. I’ve just never pulled the trigger on getting one. Well, Paige from WWE is different. She’ll get anything tatted on her at a moment’s notice. She’s more of a “fly by the seat of her pants” type of girl. I don’t fully understand how that phrase came to be, but that’s what Paige is. She was dating a guy for a cup of coffee and got several tattoos of his name on her body: 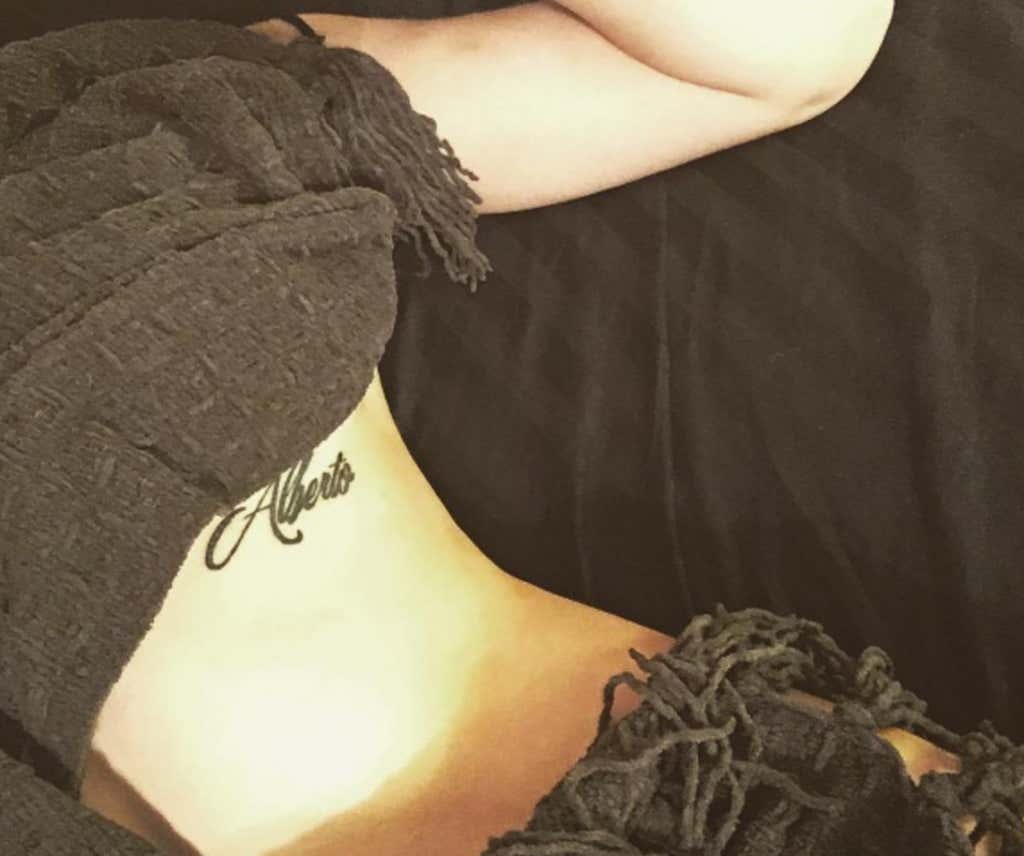 They are now broken up. Oops! I dig it though, live in the now. We’re not promised tomorrow. If you want to get a tattoo, don’t let the haters tell you otherwise.

Which brings us to yesterday. Our girl Paige wanted to give herself a present for opening up a new clothing store. So she went the traditional route. Nothing brash. Nothing crazy.