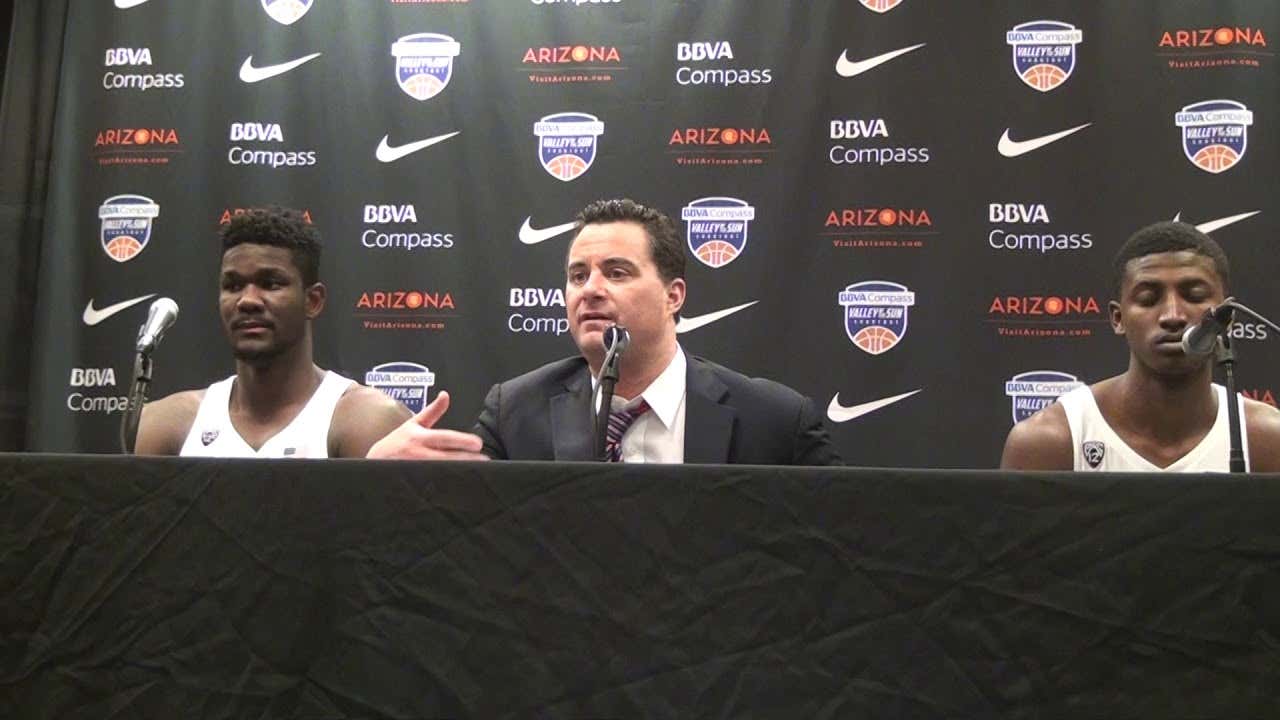 According to people with knowledge of the FBI investigation, Miller and Dawkins, a runner working for ASM Sports agent Andy Miller, had multiple conversations about Ayton. When Dawkins asked Miller if he should work with assistant coach Emanuel “Book” Richardson to finalize their agreement, Miller told Dawkins he should deal directly with him when it came to money, the sources said.

This is now the biggest story of the day. Yes, names were discussed earlier today with the report from Yahoo, but there are still a ton of questions to exactly what’s going on in that report. We don’t know what actually took place considering it’s just an expense report and there weren’t any direct links to a program and Andy Miller/Christian Dawkins.

That changed tonight with this ESPN report. This has Sean Miller directly discussing a pay-for-play situation, which just happens to be for one of the three best players in college basketball this year. Arizona also was named in the original FBI documents, which it was alleged to be in a pay-for-play situation for what everyone believed was Jahvon Quinerly who has since decommited. The Wildcats also had assistant coach Book Richardson arrested at the time.

Listen, I know it’s weird to hear FBI being involved in this and that’s a discussion for a whole different blog (I disagree that crimes are being committed here), but it is what it is currently. This is going to be the first of a long list of people doing things like this. That’s just the NCAA and why it needs to be fixed.

It’s hard to imagine Miller surviving this along with everything else going on. But, if there’s one thing we learned in the last week, especially after the Louisville situation and the UNC class allegations, fight the NCAA. Louisville tried cooperating and it got burnt. Arizona should fight this as should every team that deals with something like this. But, I do think we’re about to see the end of Miller. Unfortunately, this also might be the end for Deandre Ayton – a generational type talent, who could be ineligible as of this moment. There hasn’t been any news about whether or not he’ll be playing this weekend or not.

As with this whole thing, I’ll keep posting updates as we get them.