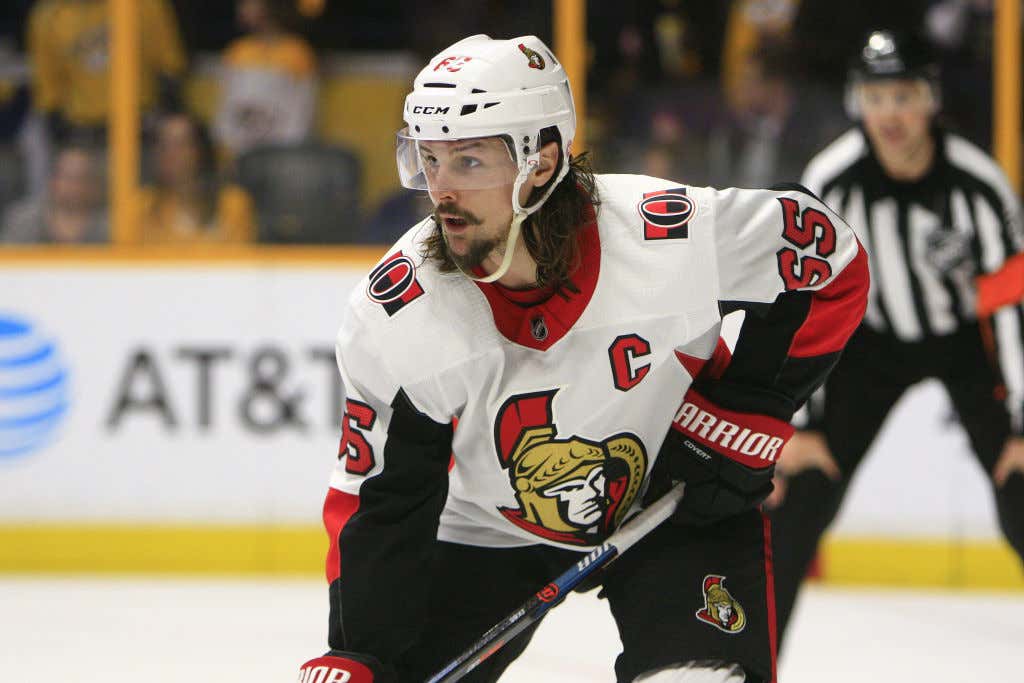 Life isn’t exactly perfect for Erik Karlsson right now. The Ottawa Senators are currently in 2nd to last place in the Eastern Conference. He had to see Dion Phaneuf get traded to LA and now he’s killing it with the Kings. He saw his buddy Kyle Turris get out to Nashville and the Preds are leading the Central division. And with the NHL Trade Deadline coming up on Monday, nobody is really sure what to expect when it comes to EK65. It’s starting to seem like he really wants out of Ottawa but we hardly ever see big names like Erik Karlsson get dealt at the deadline anymore. Teams are going to have to give up a ton to land Karlsson and they’re also probably going to need to take on Bobby Ryan’s contract at $7.25M AAV for the next 4 seasons. A trade that big is something that I think most teams would rather just hold off until the summer to make but who knows, we could see a team with heavy pockets to spend make a splash over the next few days. Regardless, you can tell that Karlsson is starting to get frustrated as hell and last night I thought we were about to see him take out that frustration on a linesman after getting slashed in overtime against Chicago.

I’m really starting to get worried about the well being of everybody else out on the ice the longer that Karlsson stays in Ottawa. They were a win away from the Stanley Cup Final last year. Now they’re 13 points out of a playoff spot about 3/4 of the way through the season with a team who just traded for Marian Gaborik in the year 2018 with another 3 seasons on his contract. I think it’s safe to say that at the very least, Karlsson will be packing up his shit and heading out of Ottawa on July 1, 2019. So the Senators might want to unload him sooner for a massive haul in return rather than later for free. For the sake of their own team and for the sake of everybody else out on the ice because the longer Karlsson stays in Ottawa, the higher the chances are that he actually decides to kill somebody out there.

P.S. – Quick throwback to that time a few weeks ago when Karlsson almost had to murder Matt Duchene after this series of unfortunate events.