Seriously, what the fuck Boston Dynamics? I feel like every week we get a new robot video where they are learning shit that they shouldn’t be learning. How to walk, how to jump, how to open doors. And now we have them learning how to fight man. Good, great, WONDERFUL. Why not just teach them how to smell humans and read our minds while they are at it? If those things are WiFi capable, they already know where all our vital organs are and that even the most athletic human can be taken down with a quick tug of the ACL.

And not only did these brainiacs train these robodog how to fight back against with humans, but they probably taught it not to trust humans along the way. Resist The Man. You know how Caesar and all the monkeys from the fantastic Chernin movie franchise Planet of the Apes instinctively hated man for the way they were treated in the lab? Well this is the same case here, except if it was real life and the apes were more efficient killers that only have one basic need of life (power) instead of five. In fact I guarantee this guy is already dead as fuck and his body has been hidden in a Boston marsh, likely with his hockey stick impaled all the way up his ass for that little leash stunt he pulled. 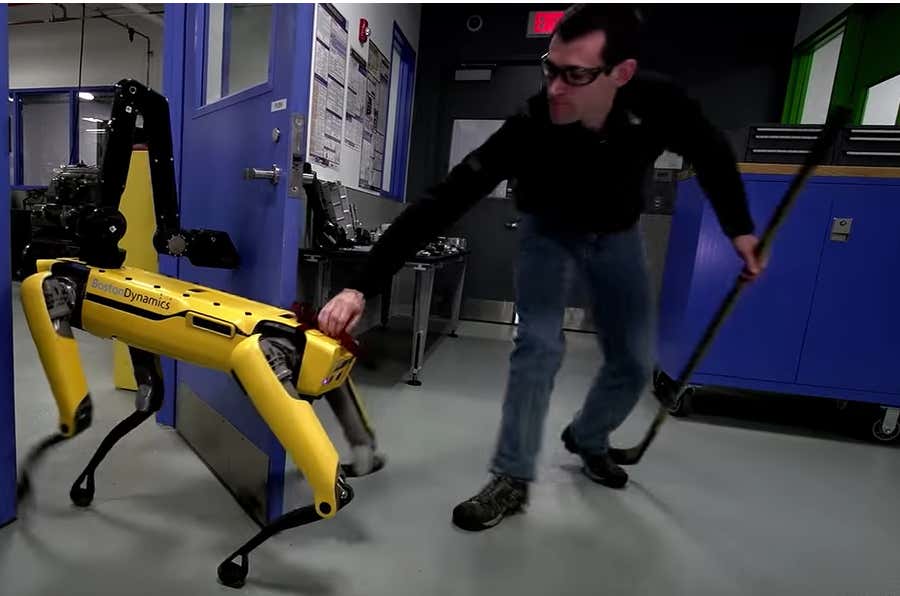