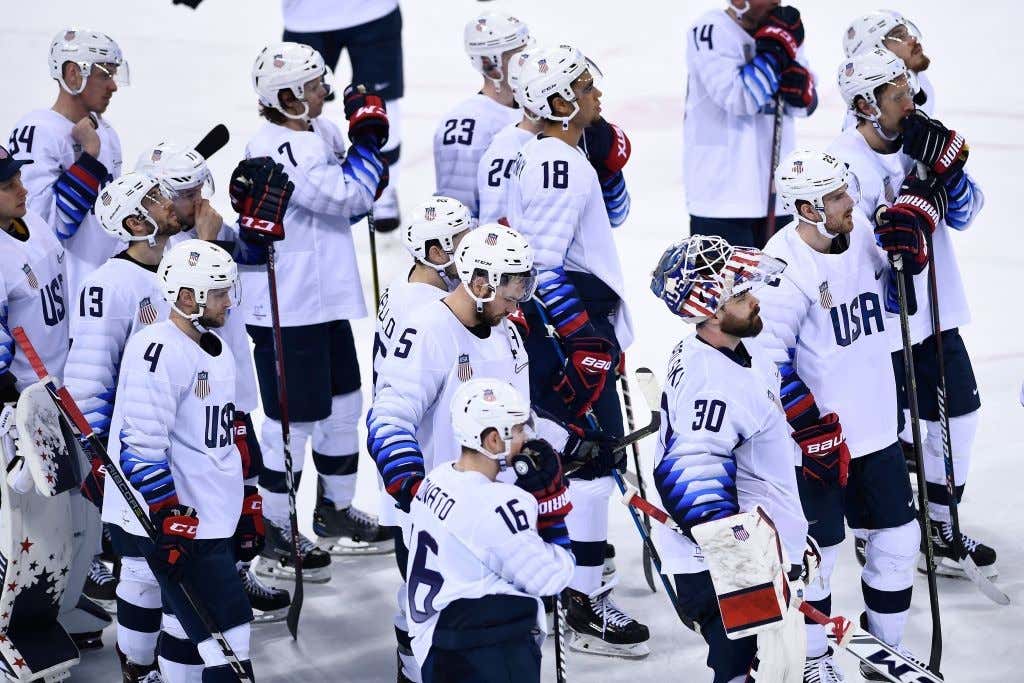 4 years ago in Sochi, a Winter Olympics shootout brought us one of the most memorable moments in USA Hockey history. I don’t know if anybody here remembers this or not but TJ Oshie actually scored 4 goals in 6 attempts to beat the Russians, thus earning him the nickname “TJ Sochi”.

But alas, that was four years ago. Team USA found themselves in yet another Winter Olympics shootout last night against the Czech Republic in the quarterfinals. Unfortunately, they didn’t have the same luck. Not only did they not have a TJ Oshie there to score 4 goals in the shootout. But they couldn’t score a single goal against the Czechs and their tournament came to an end.

5 straight attempts. 0 pucks in the back of the net. Kind of difficult to win when you get those types of results. And just to make something abundantly clear, no, I was not watching the game last night. Not even a single second of the game. I made that promise to you, I made that promise to myself, I made that promise to my country that I would not watch last night’s game. I even went so far as to accepting free tickets to the Flyers game last night to make sure I wouldn’t be near my television to turn on the game. I can’t think of anybody else in my position who would have done that but that’s just the type of hero I am. The kind of guy who will accept free tickets to almost anything.

But even without me watching, the Americans weren’t able to pull this one off and their tournament ends in the quarterfinals. That’s just the way she goes sometimes. If it’s any consolation, at least Sweden also had an early exit today. Theirs was even worse because they lost to Germany. GERMANY!

Haven’t been to the medal round since before WWII. I’m pretty sure that’s all the proof I need to confirm that Gary Bettman is actually Hitler. Can you prove to me that he’s not? I didn’t think so.

But yeah. I’m not sure what the 2022 Olympics will look like. From what it sounded like, there is a very real possibility that the NHL will not be sending players to Beijing either. If that’s the case, then Team USA seriously needs to consider bringing a team full of college kids. I have nothing but respect for the 30-something year old guys on the roster this year who have been playing overseas and this was their one and only shot at making an Olympic team. I’m happy that those guys got to have this experience. But you need the young kids out there who can fly around on the ice and can put on a dancing clinic in a shootout.

Canada vs Germany. Czech Republic vs Olympic Athletes From Russia. This tournament sucks.