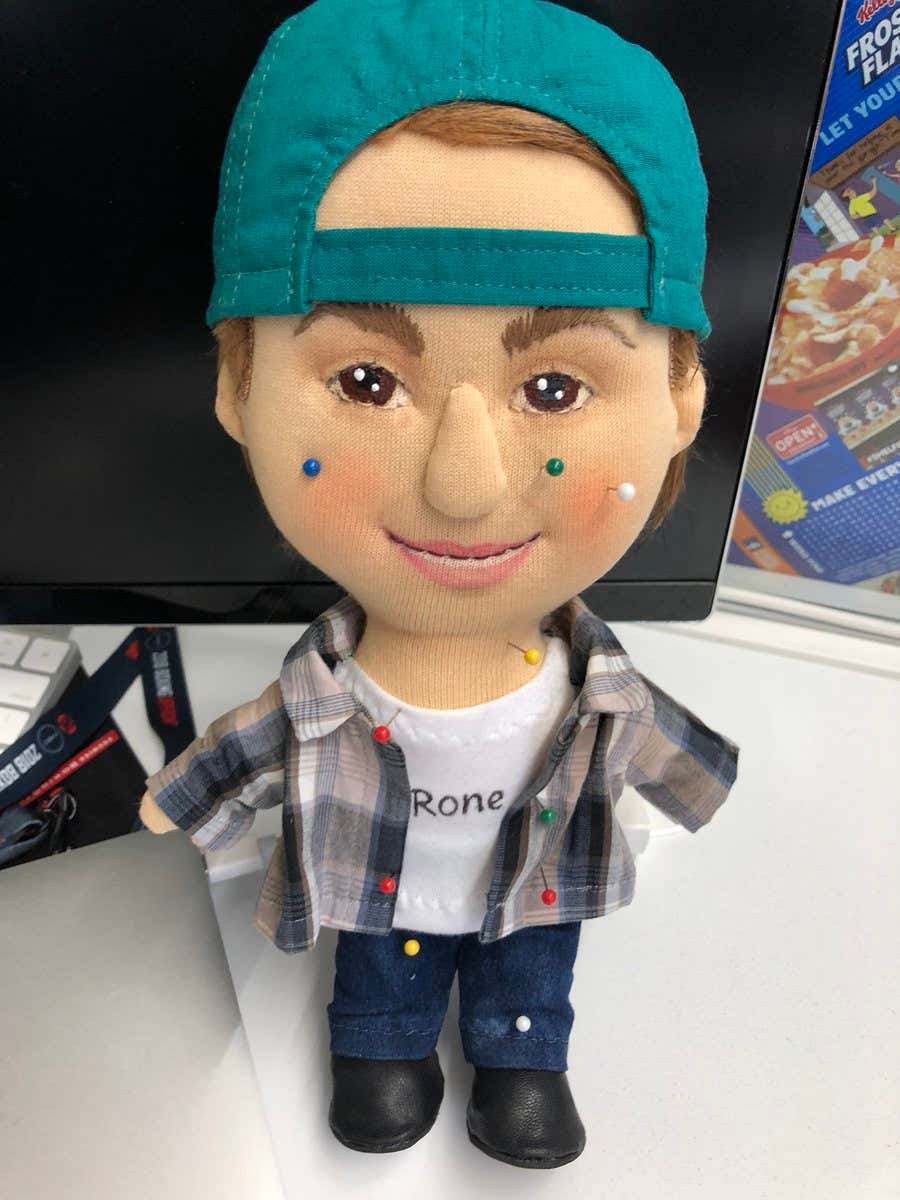 Team Portnoy is getting desperate about the Rone Curse. Never seen Portnoy as rattled as he has been the past few weeks after the Patriots lost the Super Bowl, Bitcoin crashed, Twitter turned a profit immediately after Dave sold all his shares, he lost $10,000 and his apartment keys in Minnesota, Smitty won Rough N Rowdy, and Dave got accused of sexual harassment. Honestly I know theres a few more things in there. Over the course of like 6 weeks he went from El Pres to L Pres and to say he’s shook would be an understatement.

So he calls upon his bitch boy lackey, Frankie Borrelli to take care of this curse. For a couple weeks they were whispering in dark corners and giggling like school girls. Holding hands and skipping around the office, ecstatic about their little plot to counter the Rone Curse. Well today the mail arrives at Barstool HQ and Dave and Frankie, smiling ear to ear like they just pulled off the funniest plot of all time, pulled out a voodoo doll. I thought they were gonna hug and kiss they were so proud of themselves and so in love. Butterflies in their stomach, cheeks blushing, so accomplished that they have this weapon to combat the Rone Curse.

Only problem is absolutely everybody’s instant reaction is that Frankie Borrelli purchased an authentic voodoo doll that looks exactly like himself. Not one person at HQ knew it was Rone. Everyone thought it was Frankie. I mean thats Frankie wearing a white t shirt that says Rone on it. Its even got the rosy cheeks like the little Santa’s workshop twink that he is. Little elf looking fucker bought his own fucking black magic revenge doll! What an idiot! What a fucking idiot! Its almost like he took a picture of Milmore’s cartoon version of Frankie and sent it to the Voodoo Store. Well dont Team Portnoy, well done. They’re the only guys sticking needles in dolls of their own team members. What a couple of idiots.

Now, Dave will tell you that the Rone Doll is working just fine because Michigan Basketball is now technically NCAA champs because Louisville vacated their title, but he’s grasping at straws. Because he’s too busy putting a hex on his own camera man/slave/paid best friend. When John Tavares signs elsewhere and Borrelli’s Pizza gets shut down by the Health Department and the Coliseum collapses and Kate Murray hits the lottery, you’ll know why. Its because dumbass Frankie bought a Voodoo doll for his sugar daddy that looks exactly like his goddam self.