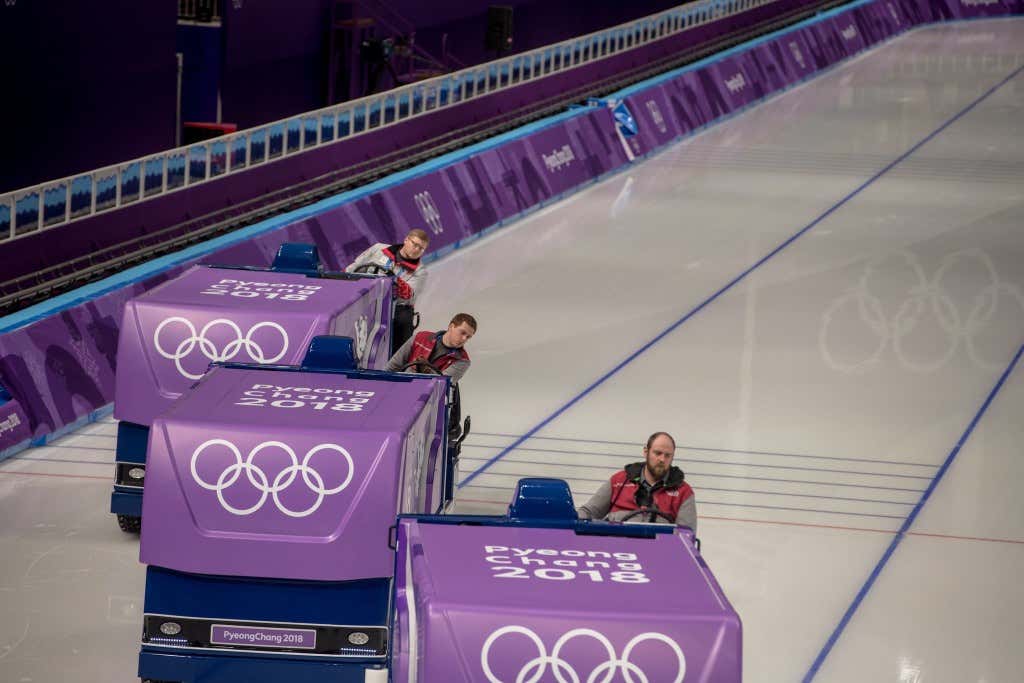 (failing) New York Times – The Winter Olympics are a global competition, with athletes representing 92 countries. But one event is dominated by Americans and Canadians like no other: Zamboni driving.

It is conspicuous, this army of 37 mostly imported Zamboni drivers, doing their quiet, mesmerizing work of resurfacing the ice, back and forth on their big machines, when the action pauses and the cameras turn away…Ice is hardly a foreign substance in South Korea, especially when it’s this cold, yet when it comes to making it and resurfacing it, the Pyeongchang Olympics organizing committee outsourced it to foreign experts…

…The experts say that driving a Zamboni takes more skill and experience than fans may realize, and the deepest, most experienced pool is in the United States and Canada.

Ever since a few hours ago, all I’ve ever wanted to do was be an Olympic Zamboni driver. I’m not a fool. I understand that at the age of 25, my chances of becoming an Olympic athlete are roughly 0.00003%. But becoming an Olympic ice resurfacer? Well I think my best years are still way ahead of me.

I’ve never driven a Zamboni before so obviously training would have to start relatively soon if I’m going to be ready for 2022 in Beijing. Maybe Gay Pat can give me a few lessons as he’s had an illustrious career on the Zamboni before. At the very least, that can be a good place to start. However, I’m not looking to get stuck cutting ice between a couple of PeeWee games on the weekend and at midnight after beer league games for a few years. I’m looking to set the ice surfacing world on fire. The Bad Boy of ‘Boni-ing? Maybe. I’m just looking to add my own little flair to the craft to set myself apart from the rest of the pack and really start to climb the ranks as fast as possible. Because I feel like as soon as you get good enough on the Zamboni to qualify yourself as an Olympian, it’s essentially like becoming a Supreme Court justice. That job is yours for as long as you’re alive.