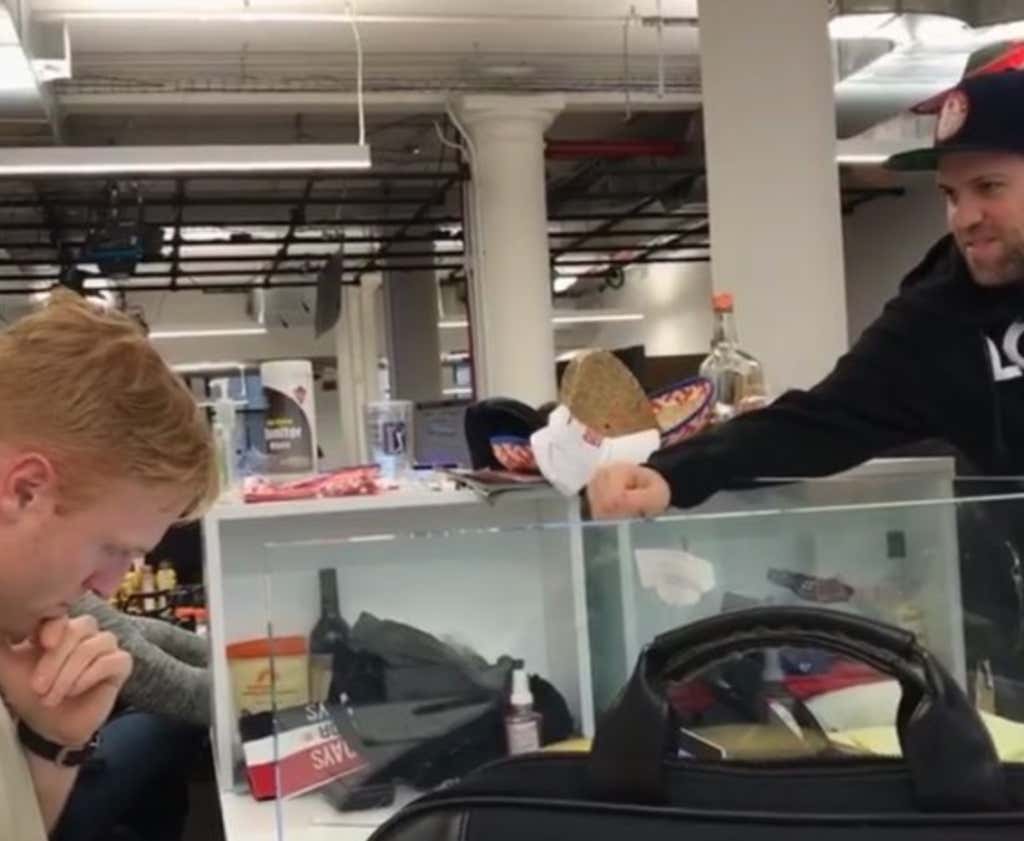 Every morning I walk over to Francis from Barstool Breakfast’s desk for a quick catch up. It’s our thing. We usually talk about the weather (warm!), politics (angry!), and sometimes the big game from the night before (Barstool SPORTS!). He tells me how much he deadlifted at the gym, and I nod along as if I’ve ever lifted a weight in my life.

This morning was supposed to be no different. Walk over, dab him up, tell him how much I enjoyed the morning show, have some banter about the newest protein powder he’s been using, and then go back to my desk to do some blogging. Little did I know what was about to happen:

Brutal! These dang millennials and their phones these days, I tell you what. Much like the songs by the rock band Sum 41, I was in too deep. I had to stand there until the dap was complete. I was not going to end my Cal Ripken-esque steak of dapping up Francis, not today, not that way, no sir. And he was not going to lift his head up and stop DM’ing Instagram models, not a chance. It was a Mexican standoff for the ages, and EIC Keith was THERE FOR IT:

Literally go back and watch the video and just look at Keith. When he picks up on what’s happening, he makes the decision to 100% commit. He would have missed lunch if I was still standing there, trying to get my fist pound.

But alas, after what seemed like an eternity, our fists met, and it was glorious! 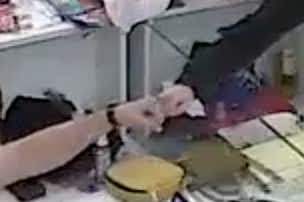 The moral of the story here is persistence pays off. And when you never give up and never surrender,  you too can get some good early morning fist action from Francis. Or so says his DMs, heyooooooo.