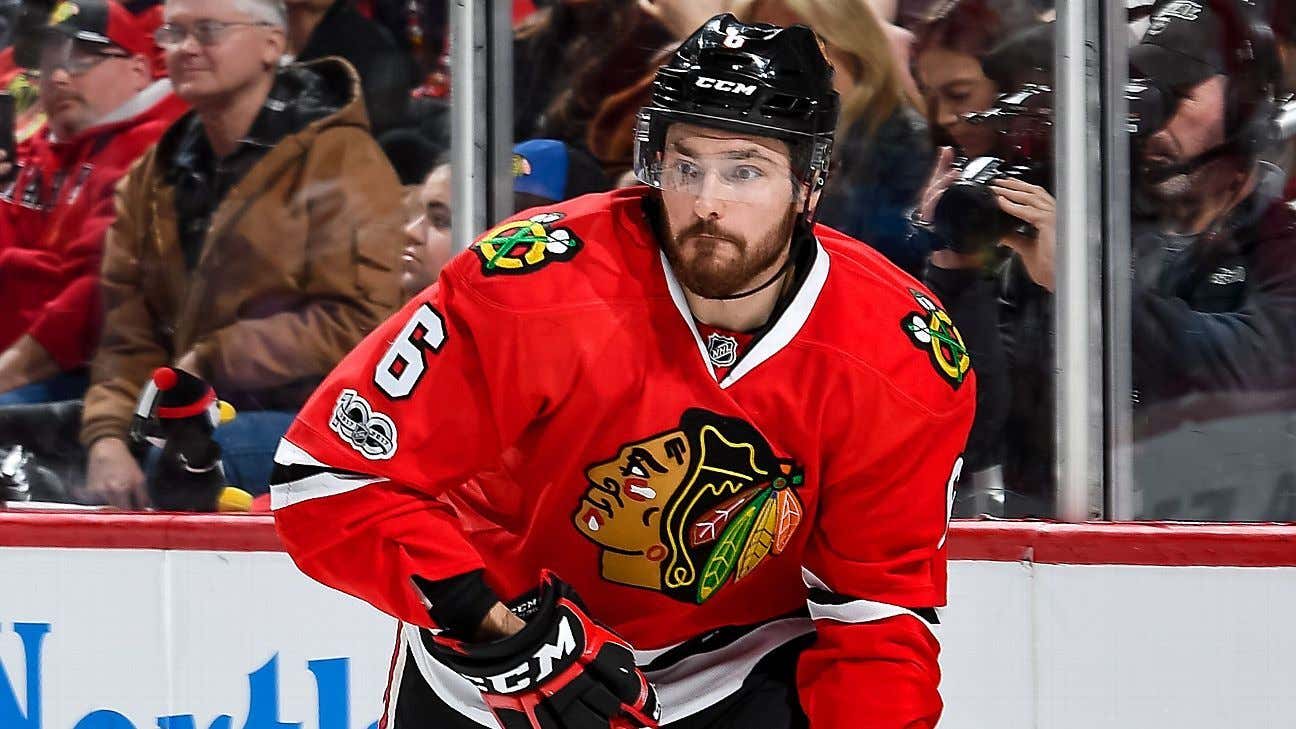 From the blog no less than 2 hours ago

That doesn’t leave any room for Kempny, Rutta, and Gustafsson. I’d guess Kempny is probably ready for a change of scenery, Rutta has said that he wants to get paid this summer(not sure if that’s possible, but that’s what he said), and Gustafsson is a marginal NHL dman. If they can get anything for any of those guys then they should. There’s the old cliche that you can never have too many defensemen heading into the playoffs. I’d call up NJ, Washington, Boston, Toronto, and Tampa to see if they want some 7th/8th defenseman depth.

If you like Corsi then you’re probably a little upset that Kempny was traded. If you like winning hockey games, you’re probably okay with it. It’s not a secret that I’ve never been a fan of Michel Kempny. Can’t trust him to make good decisions with the puck, hold his gap, and there were times where he didn’t compete the way you’d want either. Good athlete, big shot, great hair. Just not really ever a fit in Chicago.

Getting a 3rd round pick for Kempny is way more than I thought he’d command. Like I said earlier in the blog this morning, Kempny is a UFA and with Keith, Seabrook, Oesterle, Murphy, Forsling, and Dahlstrom under contract for next season there was no place for Kempny going forward. The guy has a lot of physical ability and maybe a change of scenery will do him some good. The Caps definitely need help on the blue line so maybe this trade will end up helping everyone.

There is now a vacancy in Joel Quenneville’s dog house.