Another day, another example of the Blazers being the most likable franchise on the internet. It doesn’t matter if they are admitting that they fucked up the Greg Oden pick a decade later. 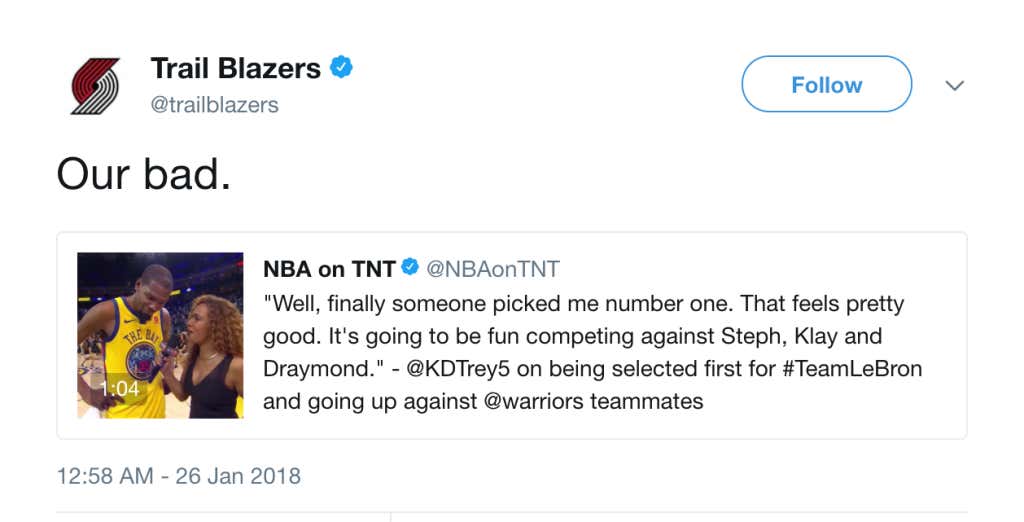 Or tweeting out welcome videos for cash considerations acquired in a trade.

(The Mets Twitter handle would have been nothing but videos like these during last season’s trade deadline).

The Blazers continue to come through time after time. Even when it’s from an ex-NBA player that made (and blew) millions of dollars and flew to Portland just to beg to get on the squad. The Chuck Wagon remembered every dollar he spent on that flight and the Blazers matched him penny for penny just to be nice (and probably for people to write about them). True Lannister shit. I bet more than a few NBA orphans adopted the Blazers as their team just because of how fun they can be online during a time where there are countless fun sponges on social media. Uncle Chaps’ fanhood is always on the free market and I wouldn’t be shocked if it ends up in Portland sooner or later. Lots of craft beer and beards up there in the hippy dippy world known as the Pacific Northwest.

And be sure to remember this story next time Charles Barkley yells at a cloud about stars looking to sign together and form super teams. Signing short term contracts so you can pick your next destination and not have to trade any assets >>>>>>> flying to a team’s headquarters on your own dime and begging them to make magic happen with the Trade Machine.

Other acceptable headlines for this blog:

Does This Look Like The Face Of A Gambling Junkie That Just Got Paid $1,197 And Is A 1 Hour Flight From Las Vegas? 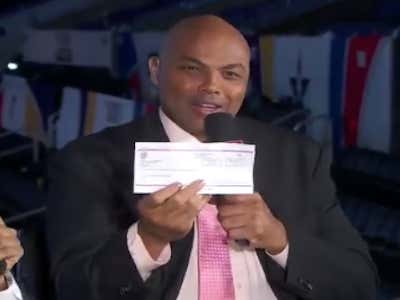 There is no way that check isn’t currently sitting in the cages of the Bellagio with Chuck’s signature on the back right now.