Keith doesnt dip into the mud very often. When he does, it’s usually to protect the Barstool brand. Last night was no different. Rap came at the stoolies, so in came Keith with his EIC cape on.

Keith, Kevin, Dan, and Dave arent going to let someone like Rap shit on what they and the rest of us have built. The tweets from Keith were perfect. Let’s take a look at the rest of them.

Big time same with this one. Smashing unmute for Rap was painful, but it needed to be done just for the night. It continues.

Here’s where the receipts start coming. 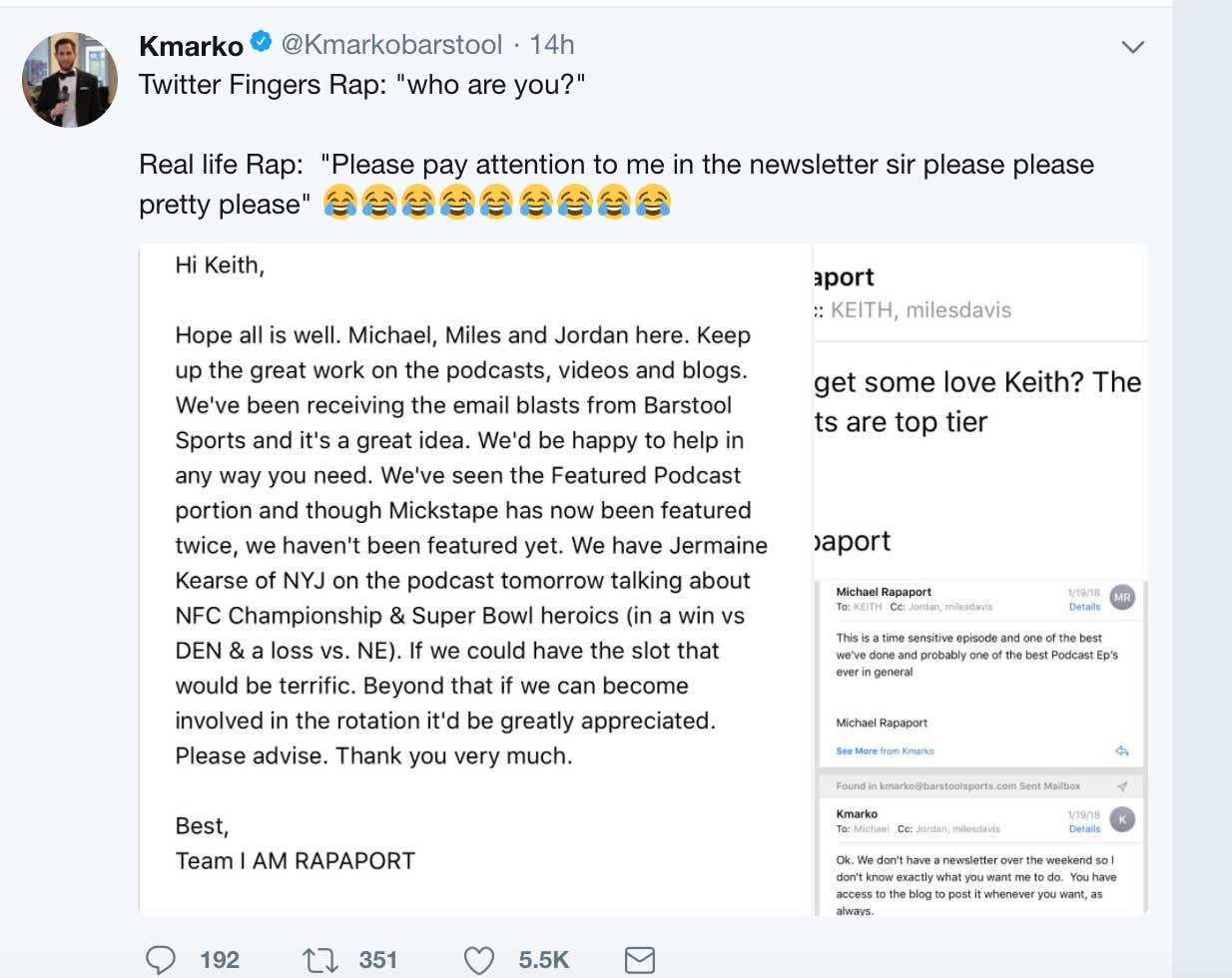 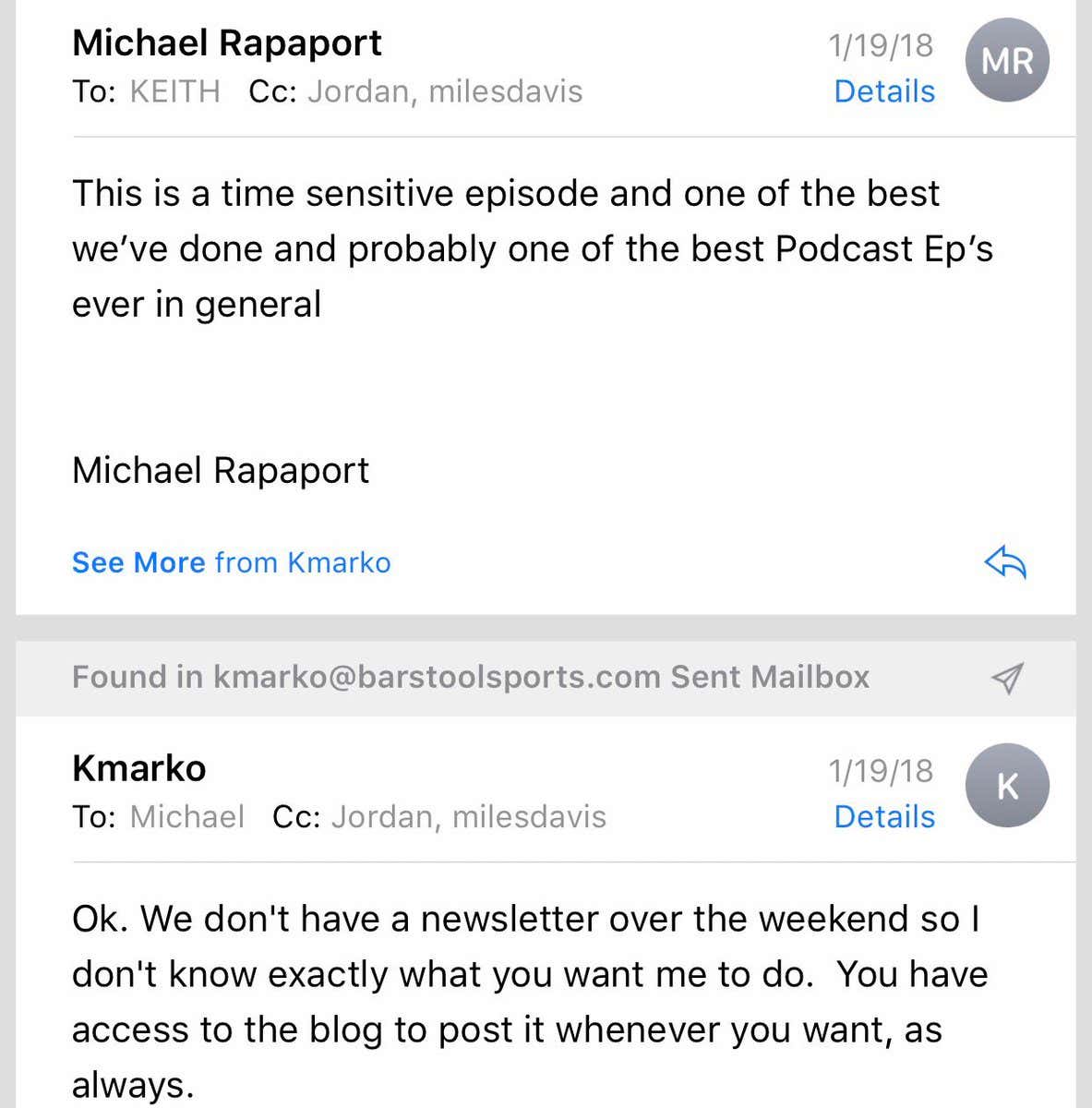 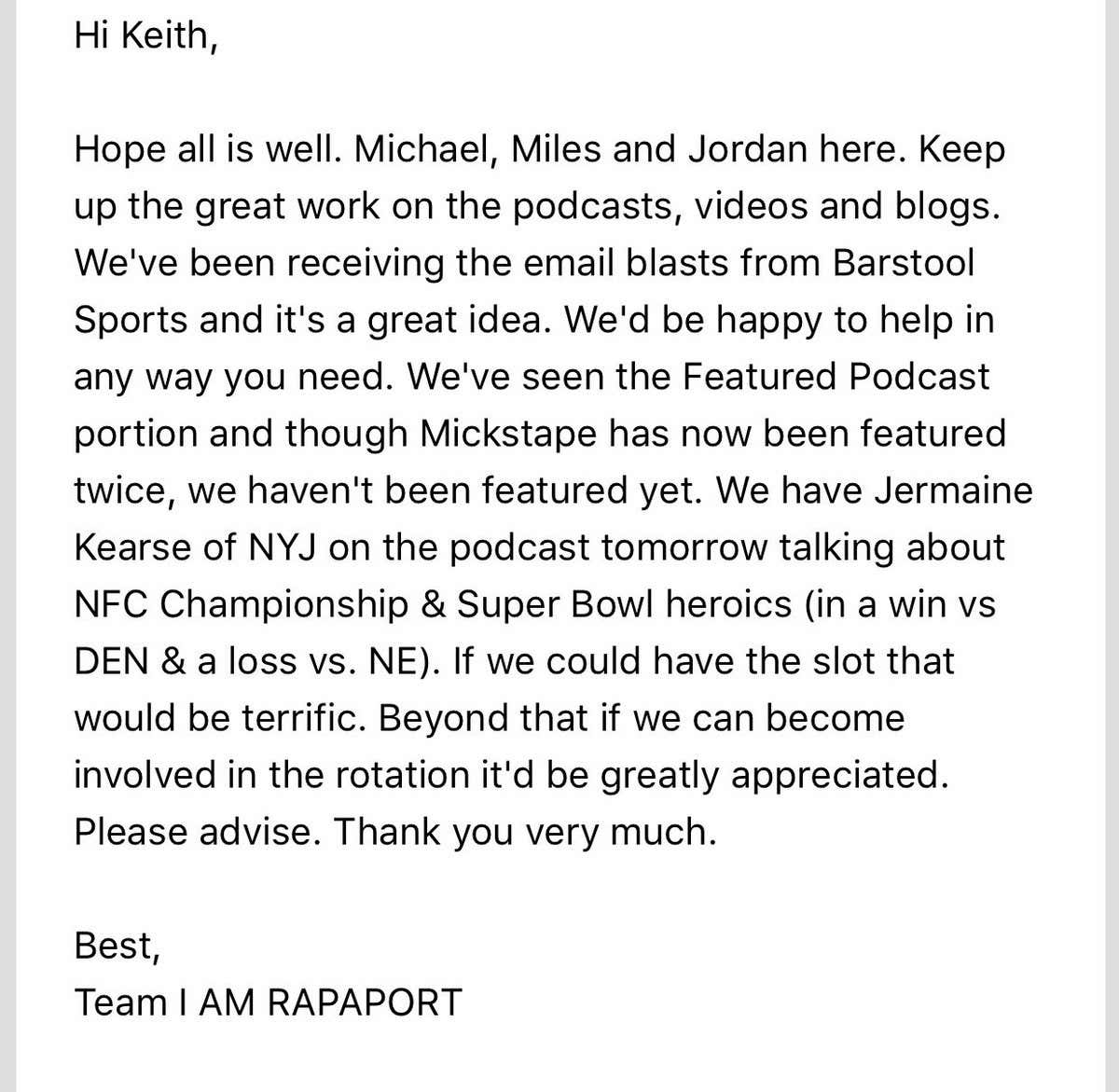 And then the pièce de résistance.

Could be six tweets. Impossible to know for sure. I’ll never recount.