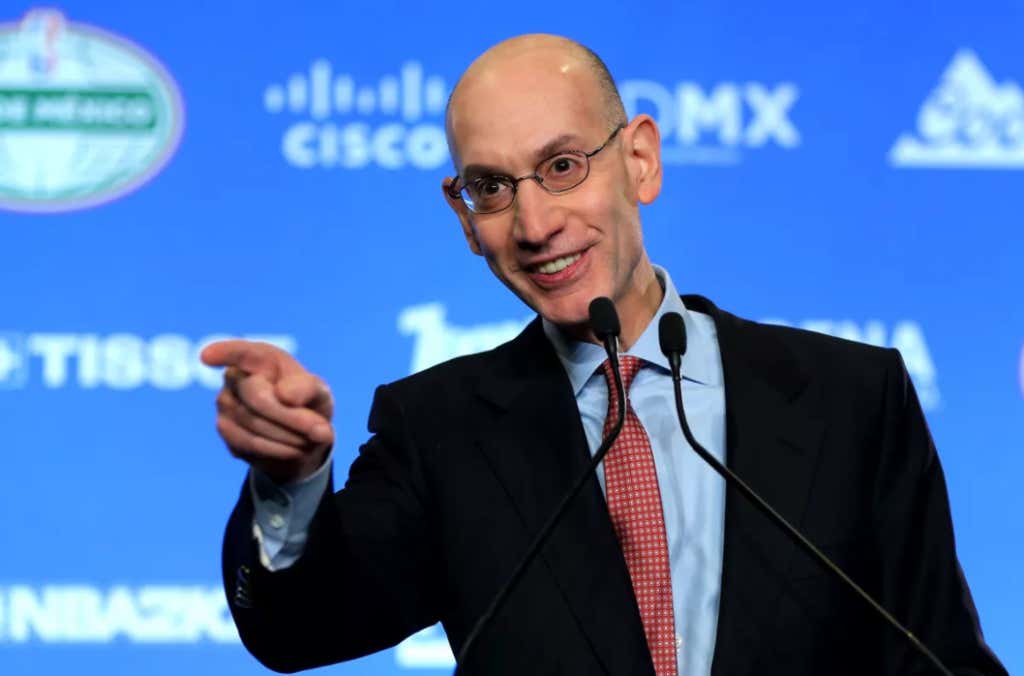 (Windhorst) – NBA commissioner Adam Silver floated the possibility of a modified playoff seeding system Saturday that could pit the league’s best two teams against each other in the Finals without changing the number of teams from each conference that make the postseason.

Silver said his concept would keep the best eight teams from each conference in the playoffs, but would seed those teams 1-16. In that scenario, if the top two teams were from the same conference, it would set up a possible Finals meeting.

“You also would like to have a format where your two best teams are ultimately going to meet in the Finals,” Silver said. “You could have a situation where the top two teams in the league are meeting in the conference finals or somewhere else. So we’re going to continue to look at that. It’s still my hope that we’re going to figure out ways.”

At this point it is just conceptual; there are no plans for a vote. However, it is the furthest Silver has gone in altering the postseason format since becoming commissioner.

“That is something that’s gotten serious attention — not just recently, but over the last few years at the league office,” Silver said.

Yesterday Adam Silver talked about an array of topics, ranging from legalized sports gambling to encouraging players to speak out on social issues to the one and done rule and beyond. Much like every other time the man speaks, it was nothing but great news coming down from the best commissioner on the planet. And then finally the issue of playoff seeding came about and what Silver is hinting at would be one of the more radical changes the NBA has seen in a long time.

Right now, the first round of the playoffs without conferences would look like this:

In the real world, Boston is slated to play Philadelphia. So a Celtics-Blazers first round looks much stranger simply because we’re not used to it. But the idea of conferences is definitely more antiquated than when they were initially introduced. Teams aren’t taking freight trains to and from each game in order to get back to town afterwards and start their shift at the anvil factory to make ends meat. While it’s not ideal to have teams in the first round playing a cross country series, it can be easily aided with more rest days and by having the higher seed pick whether they’d rather play a 2-2-1-1-1 series or a 2-3-2 format. And while people may be concerned about the historical ramifications a change like this will have, that’s fair, you definitely wont see a player like LeBron dominate a conference for a decade, much like you haven’t seen a dynasty win 11 out of 13 Championships like Russell’s Celtics since expansion and free agency have been added.

If you’ve ever listened to the two-time newsletter featured podcast of the day Mickstape, you know we think very highly of Adam Silver. We also always point out that he has the next five years of solutions already planned out, he just likes to roll them out slowly because he’s smarter than everyone else who’s ever held the job. Why do all that work at once just to be forced to come up with more ideas after that? That would be foolhardy, and something my commish would never be caught dead doing. The fact that he’s talking about this, gambling, the one-and-done rule, and playing in back-to-backs throughout the regular season so much recently means big changes are on the horizon and I’m here for all of them.