So YP and I play on the same men’s league hockey team with Evan from The Challenge. He’s a great guy, we have fun. Last year we lost in the first round of the playoffs after I didn’t show up because I was tired. Team was understandably upset. I apologized and vowed to never let this happen again.

Then I again missed the first round of the playoffs because I was tired. Fortunately the team played great and won without me, and we advanced to the finals.

After last year’s loss, our captain searched far and wide for ways to motivate the squad. We’d never won a title before. Each year’s loss fueled our growing hunger, so naturally our captain settled on declaring this: If we won this year, he’d take us to Atlantis.

Yes we wear birdcages because it’s a rule at Chelsea Piers. Stupid I know but rules is rules. I would go fishbowl but I pant now and it gets too foggy.

For the playoffs, our captain printed out pictures of Atlantis on computer paper and hung them in the locker room as motivation.

We faced Deutsche Bank in the finals, whom we’d had both good and bad results against during the regular season. They were the defending champions and are mostly nice guys save for number 76. He hacks and hooks nonstop then freaks out if somebody touches him. I hate number 76.

It’s a best of three series and we won game one in a 3-2 BARNBURNER. Everybody knows a 3-2 score, when adjusted for men’s league inflation, is actually an airtight 1-0 game. Our tender, Ryan, played outstanding. Anything under 3 goals against is a men’s league shutout, as everybody knows.

Ryan’s a gamer. He’s also got the most hockey goalie thing ever going with his left thumb.

What the hell, Ryan?

I realized after the fact that the Stanley Cup Finals are contested in June therefore folks do not wear cool Christmas Coats or winter hats. Whatever.

In game two, Ryan simply outplayed their goalie and we led 5-2 with seven minutes left. Unfortunately for the Bait Shoppe, a 3 to 5 goal lead is the worst lead in hockey. Deutsche Bank popped in a few quick ones and it was 5-4 with about 4 minutes remaining. 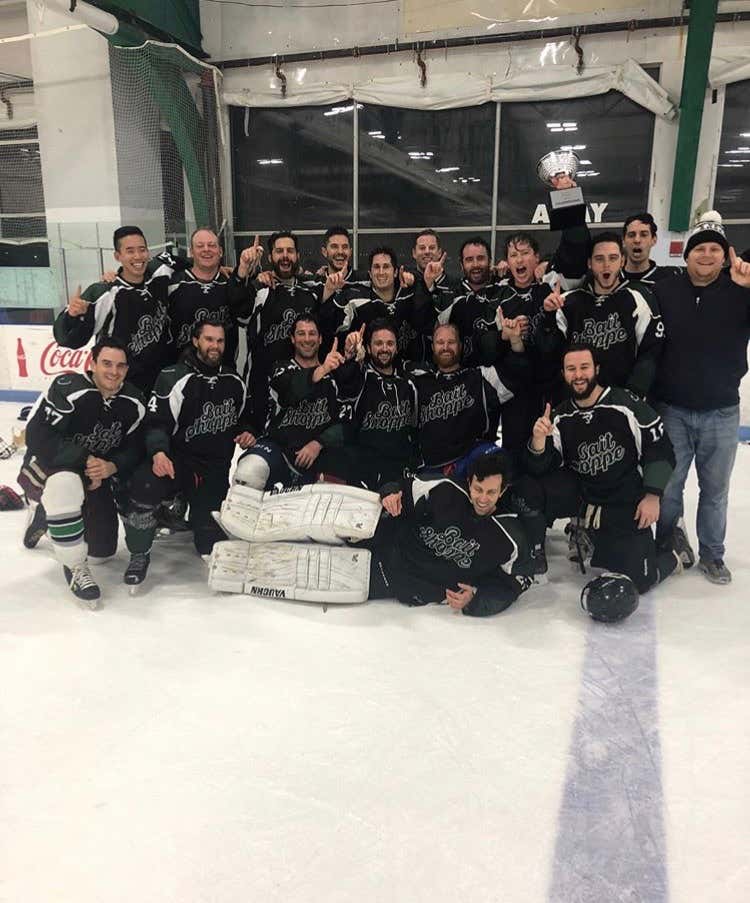 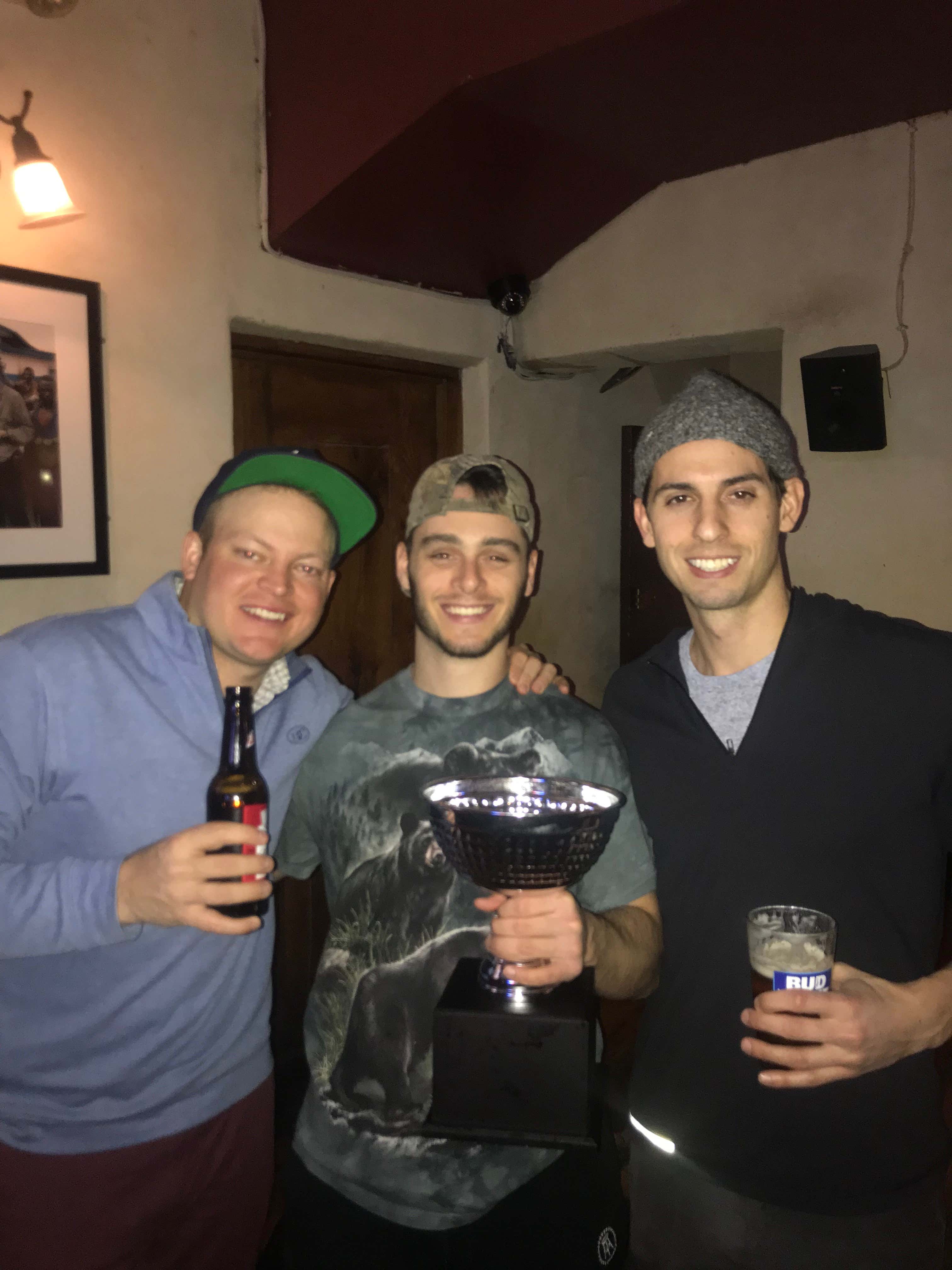 We celebrated all night and started relentlessly tagging Atlantis Bahamas in everything we posted. 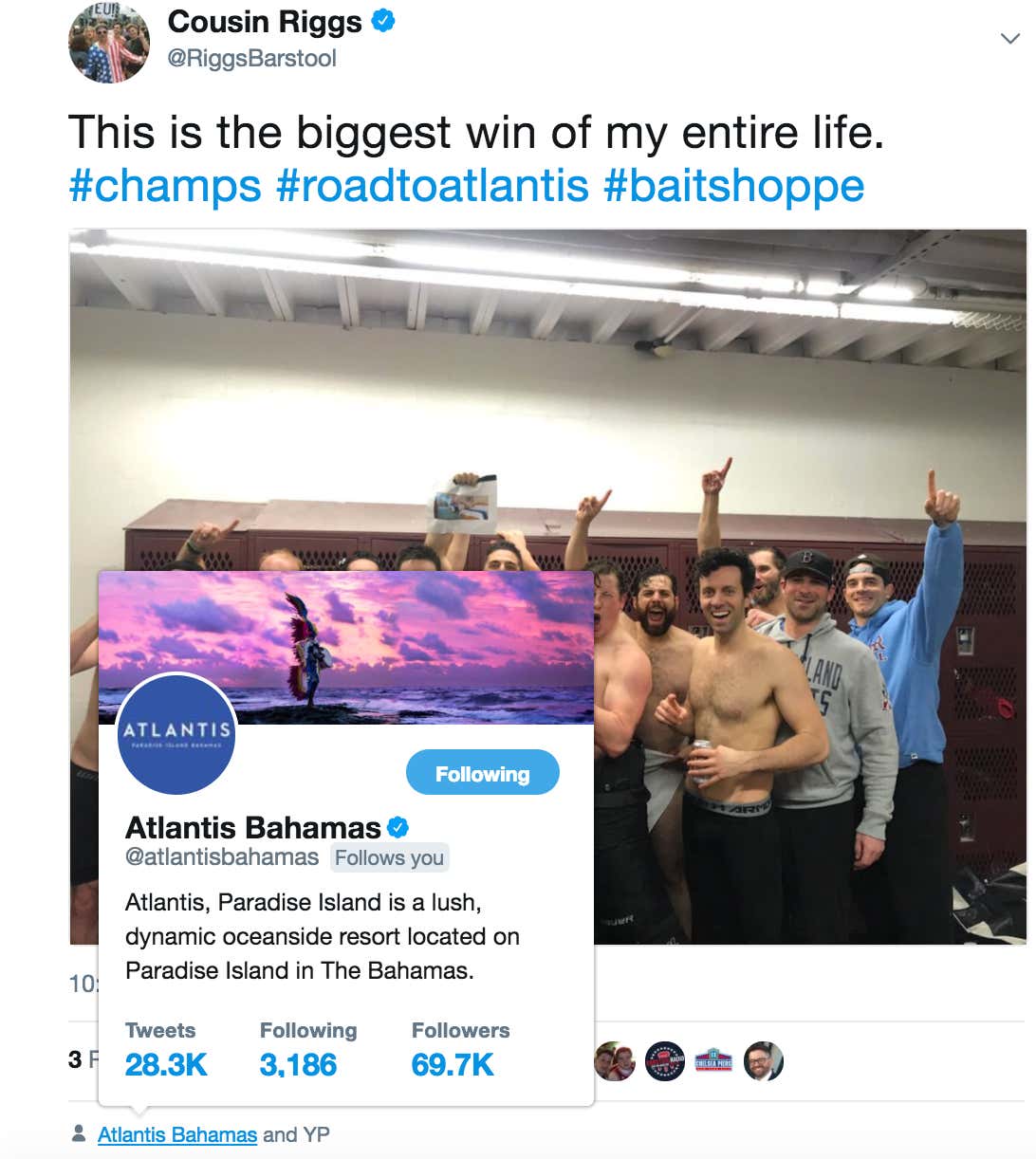 …and they responded today with this unmatched HERO.

Has to be the greatest Atlantis Bahamas men’s league champs congratulatory video in history, right? This guy steals the show. He steals every show. The spins? The hand motions? The intro where he’s talking, I think, about bananas being fantastic and kool-aid? All with the widest wingspan in the history of humanity? 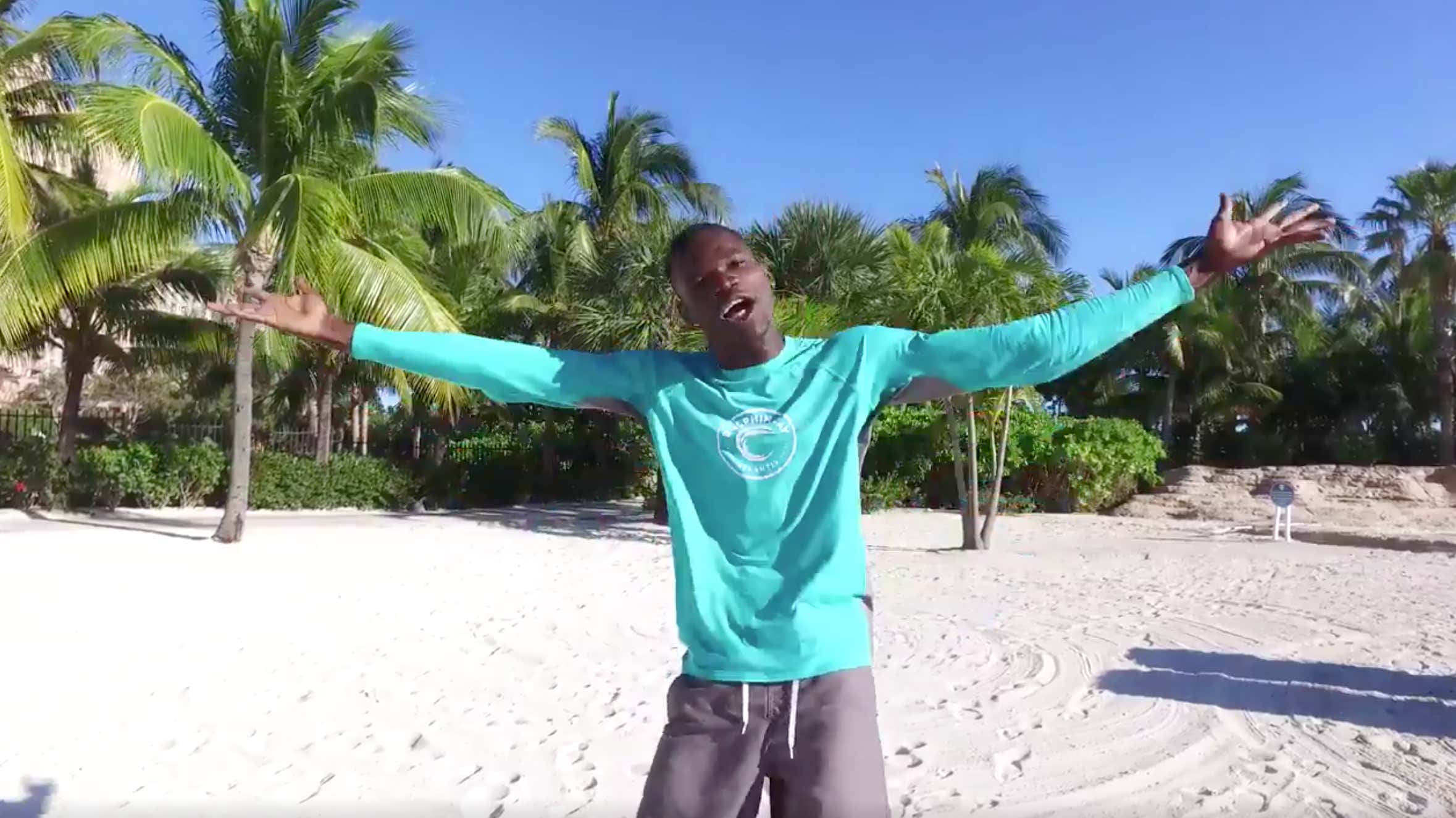 Seriously, this guy is AWESOME. I want to hang out on the Atlantis Bahamas beach with him more than anything. I’ve watched this video at least 50 times and every single time I become more and more convinced it’s the best promo ever created.