NYDN – Bode Miller isn’t on the slopes for the Pyeongchang Olympics, but that didn’t stop him from taking a tumble.

Miller, the former U.S. Olympic gold medalist who is making his debut as a NBC skiing analyst in South Korea, has apologized after veering off course with his commentary during the women’s giant slalom event on Thursday.

“The knee is certainly an issue,” Miller began in response to fellow broadcaster Dan Hicks. “I want to point out she also got married. And it’s historically very challenging to race on World Cup with a family or after being married. Not to blame the spouses, but I just want to toss that out there, that it could be her husband’s fault.”

The remark led to an awkward, 10-second silence before Hicks resumed commentary — while ignoring Miller’s — as Veith finished her sub-par run. 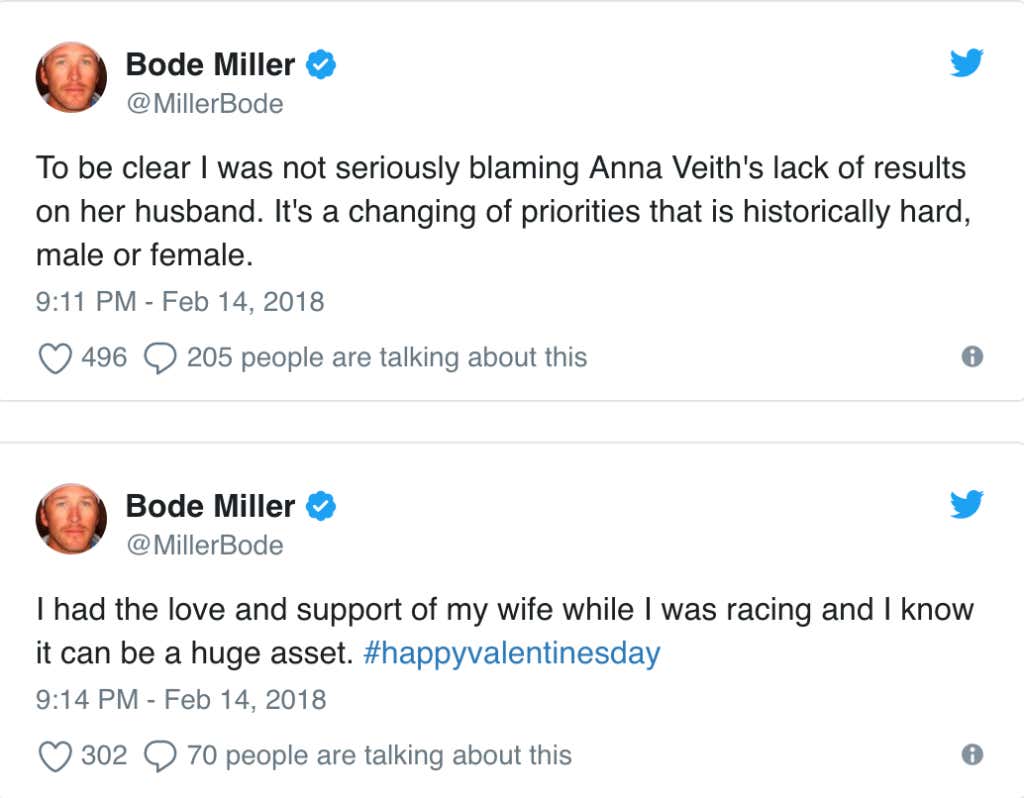 I was gonna type some shit about this but then I picked my fingers up, leaned back with my venti Americano, and said…why?  Everyone reading this already knows Bode was joking.  If you couldn’t tell this was a joke the instant he said it you’re a humorless drone and an idiot.  If you’re actually outraged and think Bode Miller was dead serious what the hell am I gonna say that would change your mind?  I don’t care.  If anything these stories are helpful.  They serve as a filter for who has a sense of humor and is based in reality, and who I can just mute and never read.

Interesting note though, you know who sneaky is becoming almost as bad as the former sports site that went bankrupt so they rebranded as a politics blog and got bought for 55 cents by Univision?  Yahoo. 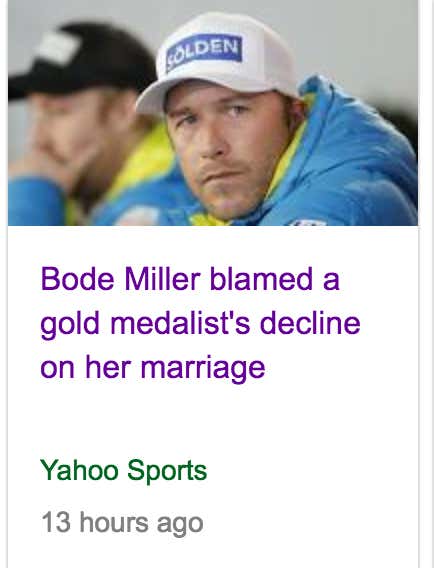 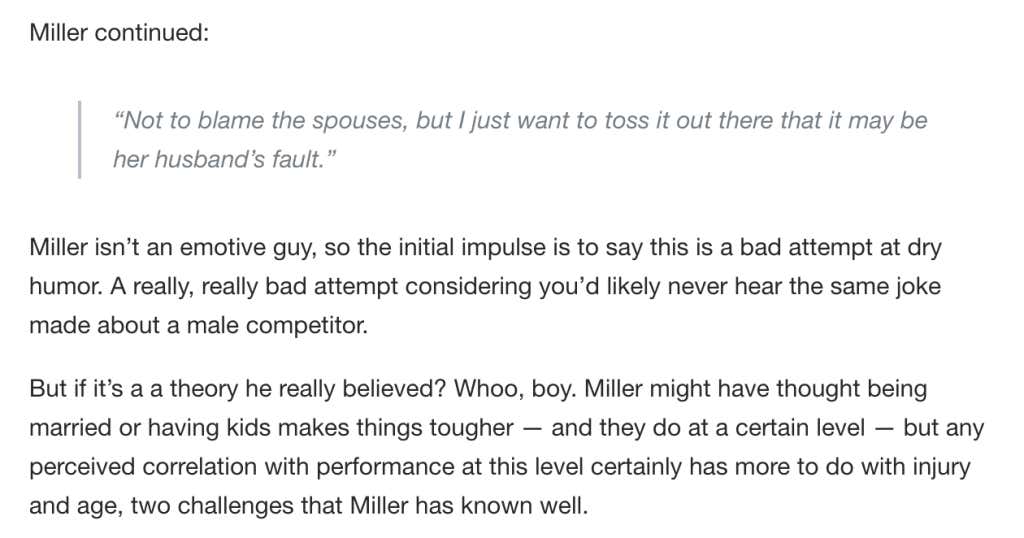 Yeah dude. He really believed that theory.  Whoo, boy you had to talk yourself into that take huh.

“You’d likely never hear the same joke about a male competitor.”  I’m so stuck on that line I couldn’t leave this blog just yet.  Help me understand it.   So you’d never hear Bode Miller say “maybe it’s his wife’s fault” about a male skiier.

That’s….about a billion times worse?  Blaming a male’s failure on his wife?   Am I missing something here or is this article honestly just a mashup Mad Lib of outrage takes?