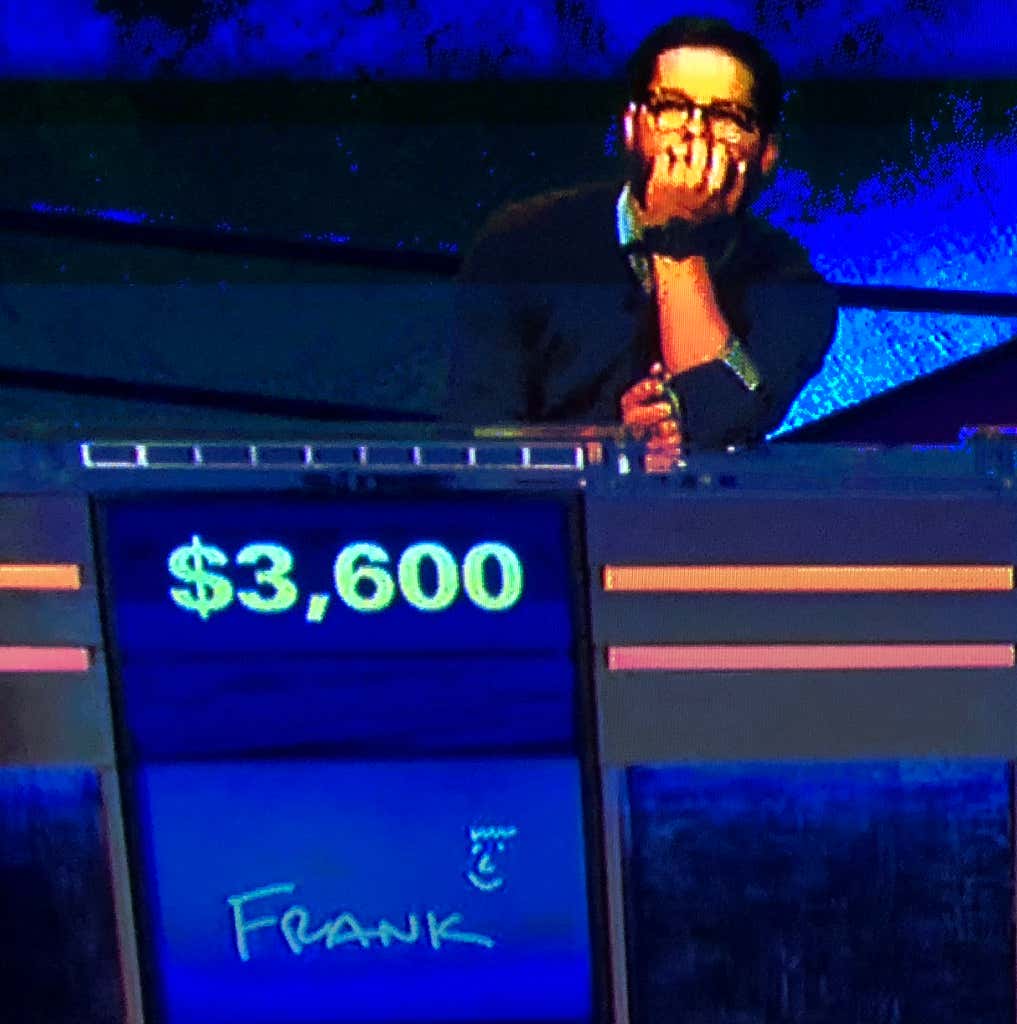 So I blogged about Frank Lang yesterday and said how he could be the next great Jeopardy villain. He had the look, the smugness, and the brains to do it. Well at least I thought he did. The one caveat to Frank was that he faced two duds on Tuesday night and we didn’t know what he would look like against real opponents getting in that ass like a wedgie. But we found out what would happen pretty quickly.

Frank picked up where he left off on Tuesday, being a pompous little man.

Now I’ll admit that when I saw this big bastard appear on my screen, I didn’t think he had a chance to beat Frank. Rob appeared to be a husky man, but that gives him an advantage in a Rough N Rowdy fight (BUY NOW), not a game of Jeopardy. 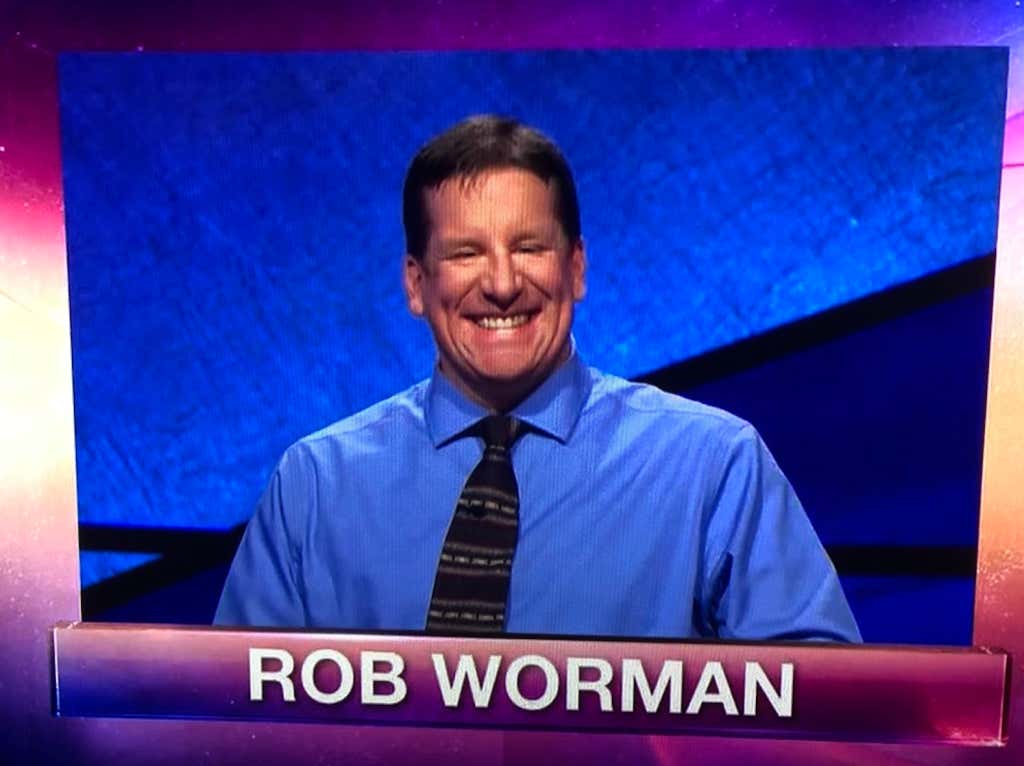 Add in the weird last name that definitely got Rob made fun of as a kid and a forehead that would impress even Peyton Manning, and I thought Rob was going to be a dud of a challenger.

That was until I realized that Rob had thrown a happy face in his name just like Frank did. 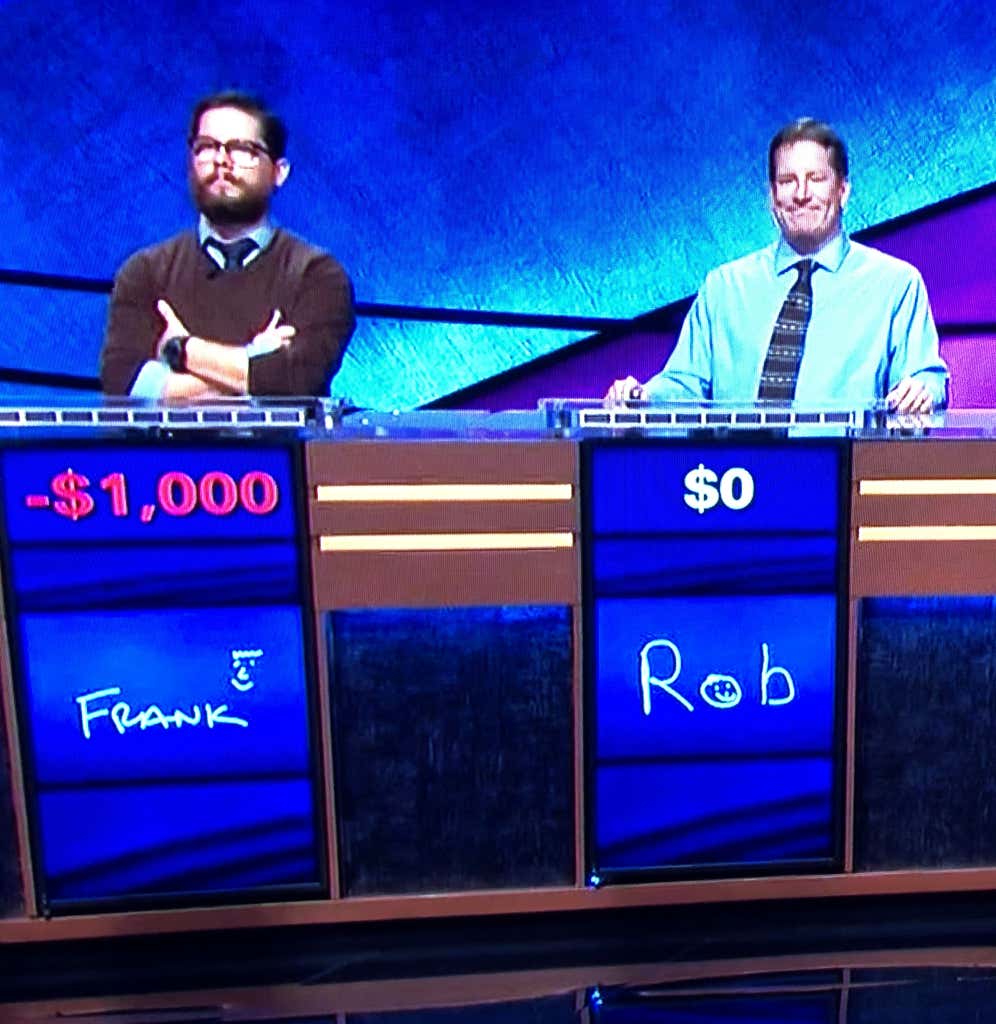 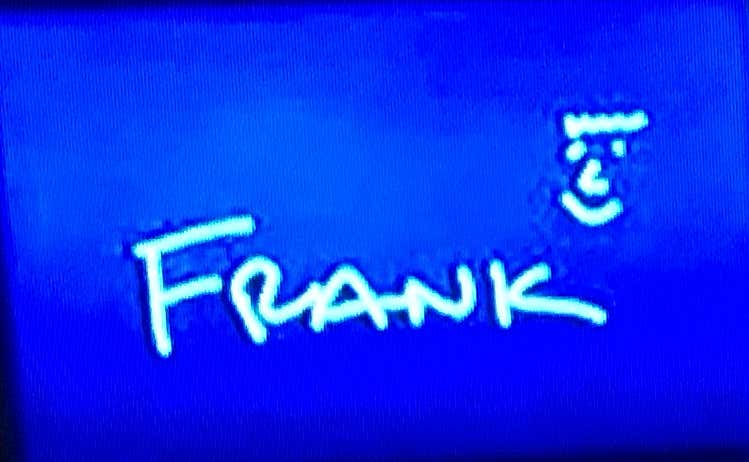 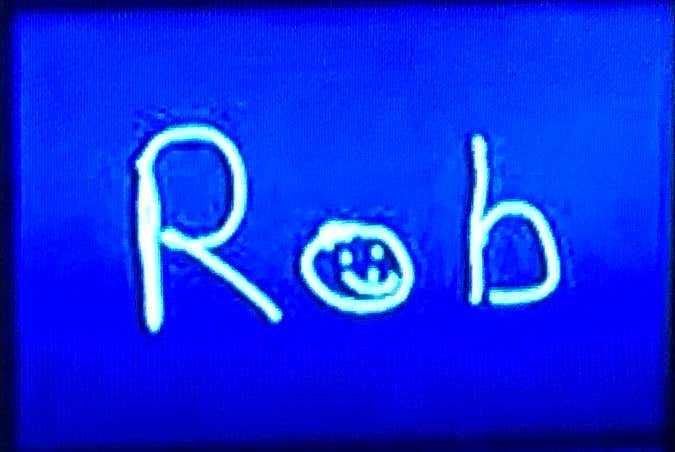 THIS IS NOT A DRILL! We have our first ever Happy Face Off in Jeopardy history!!! In all my years of watching Jeopardy, I’ve never seen a more passive-aggressive Fuck You move in my life. Rob must have scouted Frank’s doodle the game before and figured he would fight fire with fire. Belichickian shit. I don’t know if Rob is friends with Ernie Adams, but that is a Pink Stripes move if I’ve ever seen one.

From the jump, you could tell the happy face shook Frank to his core. He couldn’t get an answer to save his life and Rob was picking up all the cash leaking out of Frank’s Jeopardy bank account and stashing it into his own piggy bank.

Despite the slow start, Frank brought his signature sass yet again.

But he also got posterized by admitting he doesn’t know anything about America’s Pastime and that little thing known as the World Series as Rob once again shoved Frank in a locker.

It even got to the point where Frank’s swagger had been crushed to the point he no longer was doing his dickhead crossed arms buzz-in stance. 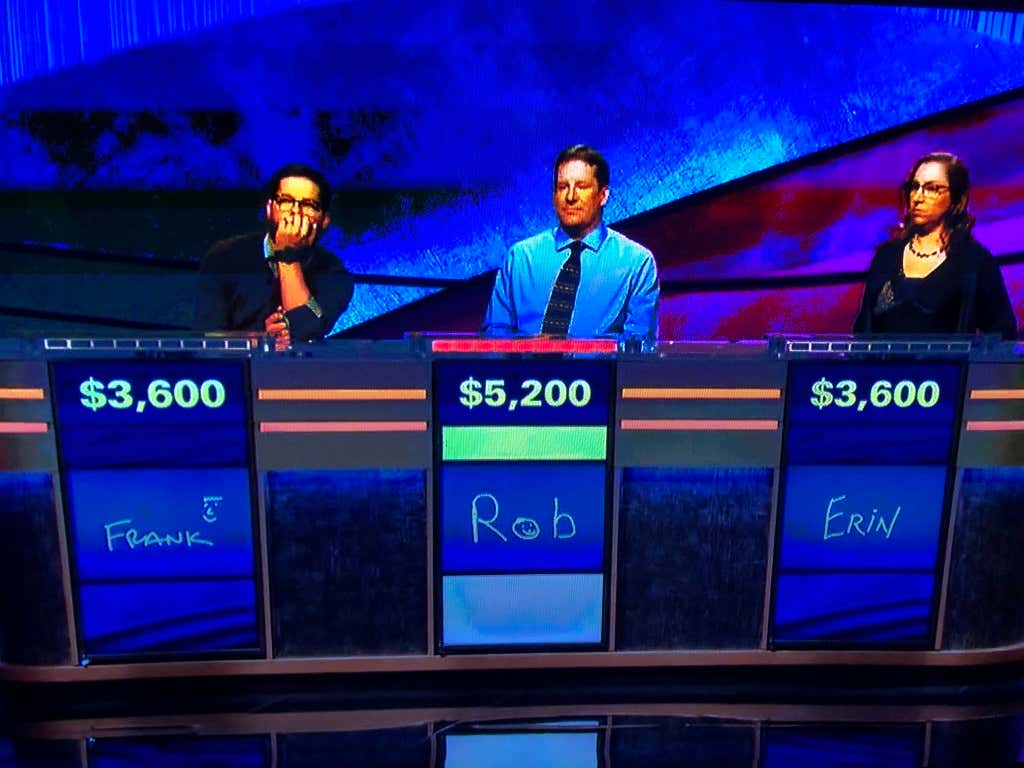 By the end of the game, Frank was humbled and defeated. Rob even had the audacity to wish his vanquished opponents well before Final Jeopardy had even started. Frank didn’t even get a handshake, but instead a blow off fist bump.

He may have looked like an oaf in the introductions, but last night I learned that Rob is actually a ruthless monster in Jeopardy. Don’t judge a book by its cover or a trivia player by his forehead.

Of course Frank tried to get cute with the Final Jeopardy camera again, but the new champion of the world was having none of it.

And then, to top it all off, Rob stunted alllllllllllll over Frank’s smug face with the most vicious Final Jeopardy celebration I have ever EVER seen.

(Insert all the skull emojis here)

Frank has already been turned into a meme.

And has been immortalized forever on Family Guy.

So farewell Fugazi Frank. I thought you could be the next great Jeopardy villain that would make 7-7:30 pm feel like a USA vs. Soviet Union showdown. Someone that we would hate so much we kinda loved. Instead you were a fraud, which makes me kinda sad because I wish I had someone to root against with all my soul tonight.

JK. Fuck you Frank. In the words of the great TJ Lavin “Don’t take care, hope to see you never”.