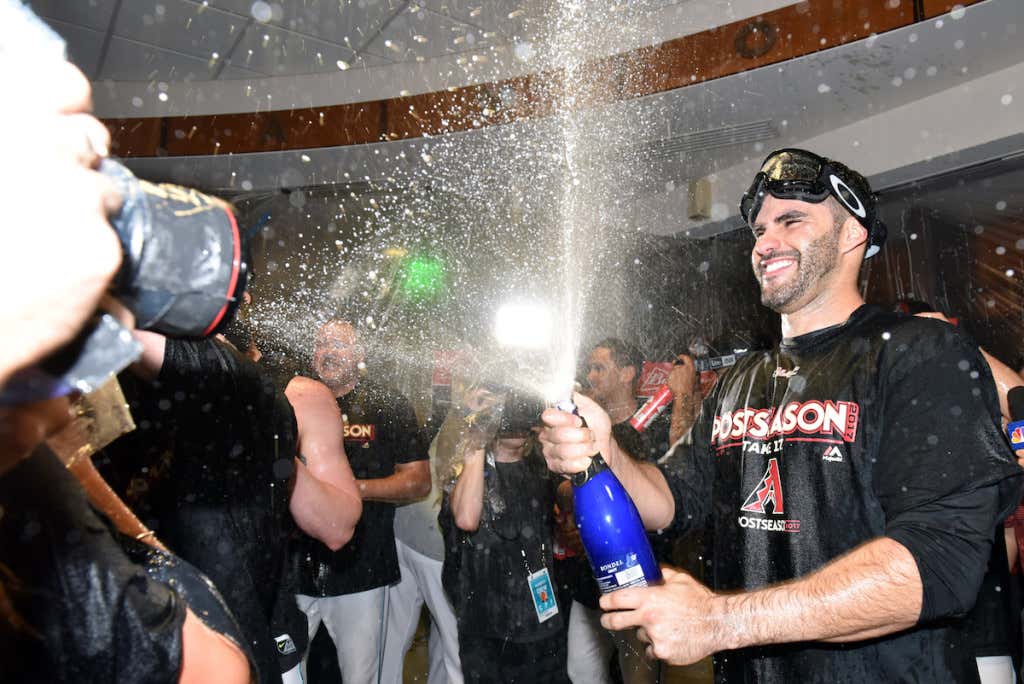 It seems like the details change every single day now in regards to what the fuck is actually going on between the two sides. There were reports that the Red Sox had offered Martinez five years, $125 million, an offer that I felt was more than fair. Last night when we recorded Episode 150 of the Section 10 Podcast, I reported that the offer was actually closer to Buster Olney’s original report of five years, $100 million, which was confirmed by Alex Speier this morning.

If you’re not gonna give me the seven years, or even six, then at least come up on the AAV. Well, therein lies the problem for Martinez — the Red Sox are positioned as the only real suitor for his services, so they have no real incentive to come up from five years, $100 million, right? That’s not entirely correct.

Consider the source, because the report comes from Jon Heyman, who we’ve frequently described as a mouthpiece for agent Scott Boras, who represents Martinez, but Heyman is reporting that the Dbacks should be taken much more seriously as a suitor than they have been.

The Arizona Diamondbacks remain engaged in negotiations with J.D. Martinez, and retain a decent chance to keep the free-agent slugging star in spite of a public perception that the Boston Red Sox are the clear favorite.

Martinez’s agent Scott Boras recently had a third in-person meeting with D-backs owner Ken Kendrick, as the sides try to find common ground (Ken Rosenthal of The Athletic and MLB Network reported on the third meeting), and one D-backs person expressed a bit more optimism than before regarding their chances to keep the slugger who posted an otherworldly .741 slugging percentage with Arizona last year.

Sources suggest that the D-backs have broached “creative” ways to keep Martinez. The D-backs don’t have the same revenues or budget as the Red Sox, and have concerns about keeping their franchise first baseman Paul Goldschmidt long-term. Arizona does have some other advantages over Boston, however, including the ability to have Martinez play his preferred outfield position (his role in Boston would be DH primarily) and familiarity. Martinez is said to have loved his time in Arizona — and why not, he slugged like almost no one in baseball.

While it isn’t known specifically what “creative” means, it is believed that the D-backs are considering a higher AAV (average annual value) and shorter term with opt-outs included. This could be one way to bridge the gap in overall dollars.

One more time — consider the source. Heyman is notorious for planting seeds for Boras to help both him and his clients. Most free agents value years more than dollars, so even if the Diamondbacks offer a higher AAV over a shorter term deal, the six-figure contract of at least five years should still be more enticing to the player, making Boston’s offer still the best. However, there could be an appeal to the opt-out aspect of Arizona’s offer, perhaps if they paid him north of $25 million in 2018 and then allowed him to opt out and join that monster free agent class of 2019 when many teams will be all spend-happy.

I think Arizona’s interest in bringing Martinez back is very real, but I don’t think the odds of them pulling this off are as real as Heyman is suggesting. On the flip side, I think the Red Sox are going to have to come up from an AAV of $20 million if they want to avoid Martinez seriously considering a scenario where the Dbacks lure Martinez back to Arizona on a three-year deal with a high AAV and opt outs after each year, something like that. It’s an extra $25 million. That’s nothing to the Red Sox. They’re paying more than that to a collection of players who aren’t even in the organization anymore.

I’m still confident that Martinez ends up in Boston for the simple reason that he is very clearly the guy who Dave Dombrowski has targeted as the bat that the Red Sox lineup needs. Since joining the Red Sox, Dombrowski has yet to swing and miss once he’s identified his man, and Martinez is undoubtedly his man.