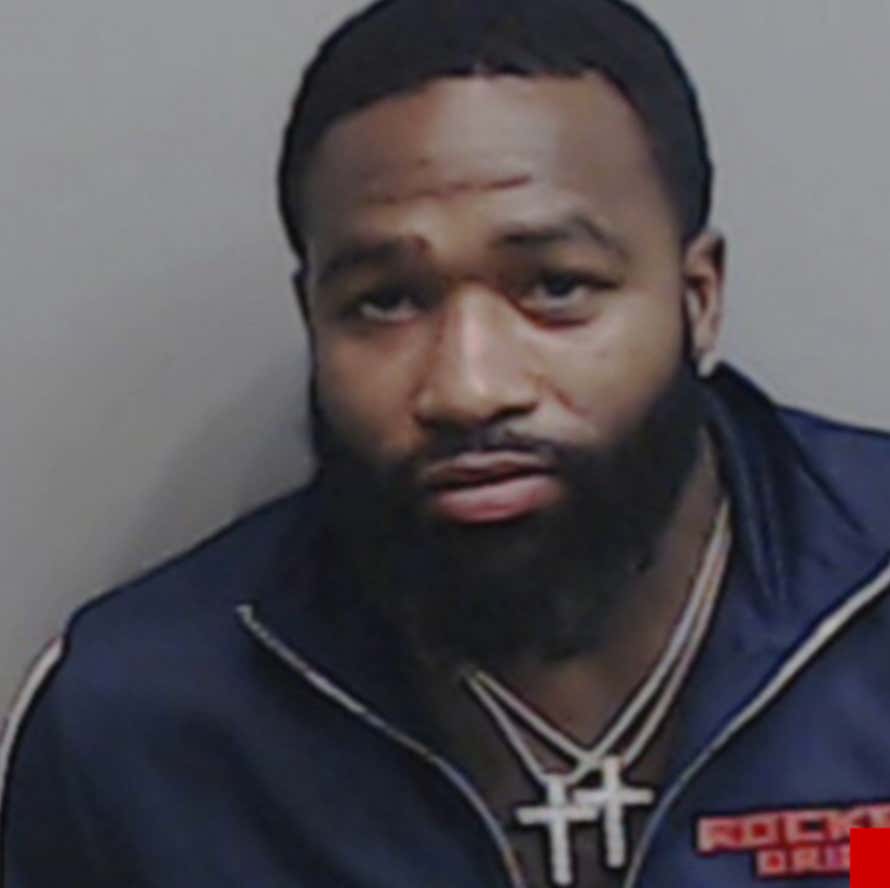 Broner denied the allegation — but after being interviewed by cops, they believed there was enough evidence to arrest him for misdemeanor sexual battery. The 28-year-old was transported to Fulton County Jail without incident.

Word to the wise – you wear double crosses around your neck, they cancel each other out and the next thing you know you’re grouping chicks in a mall.

So let me get this straight…from the TMZ report, cops were called after he groped this girl, Broner denied it, and after they interviewed him they had enough evidence to make the arrest. AFTER BRONER WAS INTERVIEWED BY THE COPS HE REVEALED ENOUGH EVIDENCE IN DENIAL THAT HE GOT HIMSELF ARRESTED. Huh? How does that happen? Do we think he accidentally quoted his “big bro” Floyd Mayweather, slipped up and said, “Ass so fat I had to grab it”? Mayweather did step in to “mentor” Broner last year to be fair, and if your life is so in the shits that Floyd thinks you need help, I wouldn’t rule that out as a possibility. Maybe he tried groping another passerby while the cops were interviewing him. Whatever he did to reveal that, “The Problem” just can’t stop living up to his nickname.