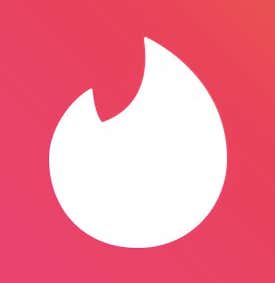 Source –  These days, people are changing their Tinder locations so they can swipe on athletes at the Olympic Villages in South Korea.  According to Tinder data, there’s been a 1,850 percent increase in swipers “passporting” to the Olympic Villages, where the athletes are staying. Tinder Passport is a feature which allows users to change their location to connect with people anywhere in the world.

Tinder has given all its Olympic Village users free access to Tinder Gold during the games, which  allows them to match with swipers from around the world. So, those of you swiping on your fave athletes might not have to fork out for a ticket to South Korea just yet.

So let me get this straight…people BUY Tinder to reset their location to a place thousands of miles away in hopes of getting with an ultra-famous athlete during the most important time of their career? And it’s working? *Downloads Tinder. *Runs to deli.

^#Notmymeatspin. Count me in! If only I had $4.99 to my name I would be all over this. I’d be curious to see how many of the matches are athlete on athlete vs athlete on normal person. Olympians spend their entire lives getting in peak physical condition; toning, tightening, stretching. I can’t imagine they would waste their time slumming it with a regular. That’s not to say regulars shouldn’t try. Shooters shoot. I’m just saying that the chances of things advancing to the point of fellatio or beyond are slim to none. Besides, half the fun of tinder is swiping right just to see if you match then not responding when you do. I didn’t even think people still used Tinder until I read this article. I thought everyone was onto Bumble.

Regardless, the entire concept of sex in the Olympic Village is bizarre. It’s not just the amount of sex that’s being had either, it’s the kinds of sex: language barrier, opposite cultural norm, drunken sex. Hairy people fucking smooth people, sweaty people fucking clean people. The list goes on and on. I’m starting to get grossed out just thinking about it. At any rate, congrats on the sex, Olympians. You deserve it.

PS: Guess who the number one country is in the world for the Passporting?