MSESPN –  Former All-Star pitcher Esteban Loaiza has been arrested on suspicion of trafficking drugs after packages containing a white powder believed to be cocaine were found at a home he rented in Southern California, officials said Monday.

Loaiza, 46, was booked Friday on charges involving the possession, transport and sale of 20 kilograms (44 pounds) of suspected cocaine worth an estimated $500,000, according to the San Diego County Sheriff’s Department.

Loaiza played for numerous teams between 1995 and 2008, starting with the Pittsburgh Pirates and concluding with his second stint with the Chicago White Sox. He had a 21-9 record with the White Sox in 2003 and started in the All-Star Game that year.

Officers stopped Loaiza for a minor traffic infraction Friday after he left the home he started renting recently in the Pacific Coast community of Imperial Beach, along the U.S.-Mexico border. Authorities had the vehicle under surveillance on suspicion it was used for smuggling drugs.

When they searched the vehicle, they found a sophisticated compartment used to conceal contraband, authorities said. That led them to obtain a search warrant for Loaiza’s rental home, where they found the packages of drugs, according to investigators.

The packages containing a white powder are still being tested but are believed to be cocaine, said San Diego Sheriff’s Lt. Jason Vickery.

Loaiza was born in Tijuana, Mexico, and was married for two years to the late Mexican-American singer Jenni Rivera. 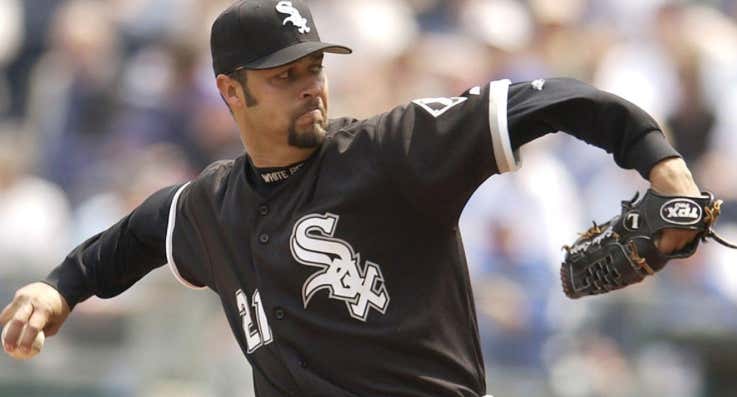 Welp, that’s the end of Loaiza.  You ever hear a name of an old athlete and think to yourself, “hmmm… wonder what that dude’s up to these days?”  Sure you have.  Well it just so happens that I recently had this exact thought about Esteban Loaiza when I saw him galavanting around Soxfest with fans just a few weeks ago.

Well guess what?  It turns out that Loaiza is basically a shittier Mexican version of Heisenberg or something. And I’ve seen enough drug lord movies to know exactly how this story ends.  It’s officially a race to see who gets their hands on Loaiza first, the Cartel so they can whack him or the witness protection program so they can get him to rat on said Cartel. Either way Loaiza is #done.  And I’m placing even odds on Loaiza being a no good stinkin’ rat too.  He’ll be singing to authorities like a goddam canary.

Anyways real talk, that 2003 season Loaiza spun off was pretty awesome.  21-9 record and if he didn’t close out with a shitty last couple of starts, would have won the Cy Young.  Classic case of “Coop fixed ‘em”.  Teach him a cutter and bam, All Star.  Also, big shout out to Kenny Williams for absolutely fleecing that moron Brian Cashman in the Loaiza/Contreras trade.  Fucking idiot.

And that was talking Esteban Loaiza 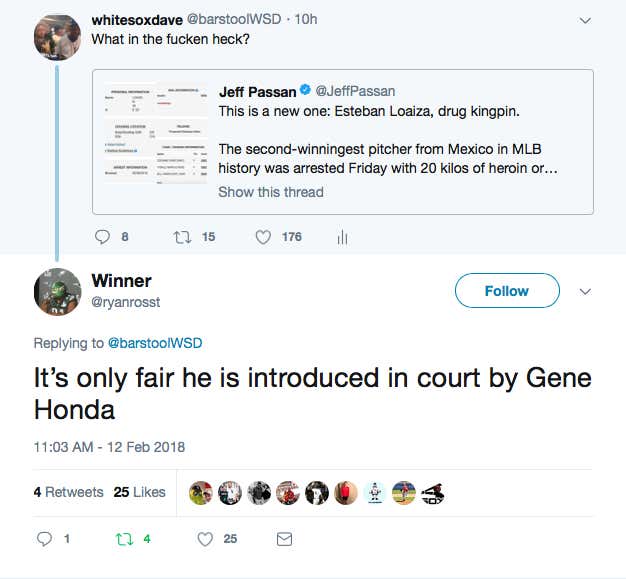 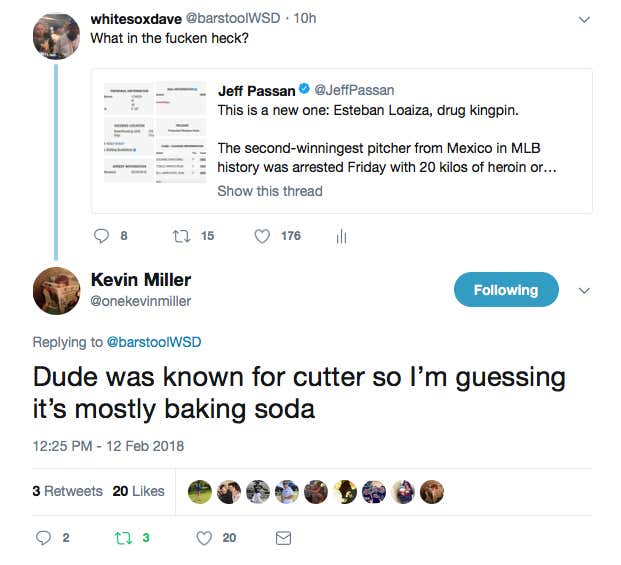 Absolutely hilarious, going back to Loaiza being a rat, I can definitely see him ripping off his customers with watered down drugs too