As we’ve been saying on Mickstape since before the season, the Cavaliers are going to the NBA Finals again this year. Not because of what their bench can contribute, not because Isaiah’s hip was healing faster than originally anticipated, not because we think Ty Lue’s Xs and Os are the most advanced in the League. The Cavs were always going to go to the Championship because they have LeBron James. That’s as much of a compliment to him as it is an indictment of the rest of the East.

Much like last year, the Raptors and the Celtics are the biggest perceived threats to challenge Cleveland. The Celtics lack bench scoring and individual shot creation while the Raptors, who are undoubtedly better and more well rounded than they were a year ago, lack the ability to have absolutely anyone believe in them come May. The Cavs were always going to make a run, and no, beating the Hawks and the Celtics doesn’t count as their run. It’s still coming. Now it’s just with a happier LeBron and a more engaged supporting cast. 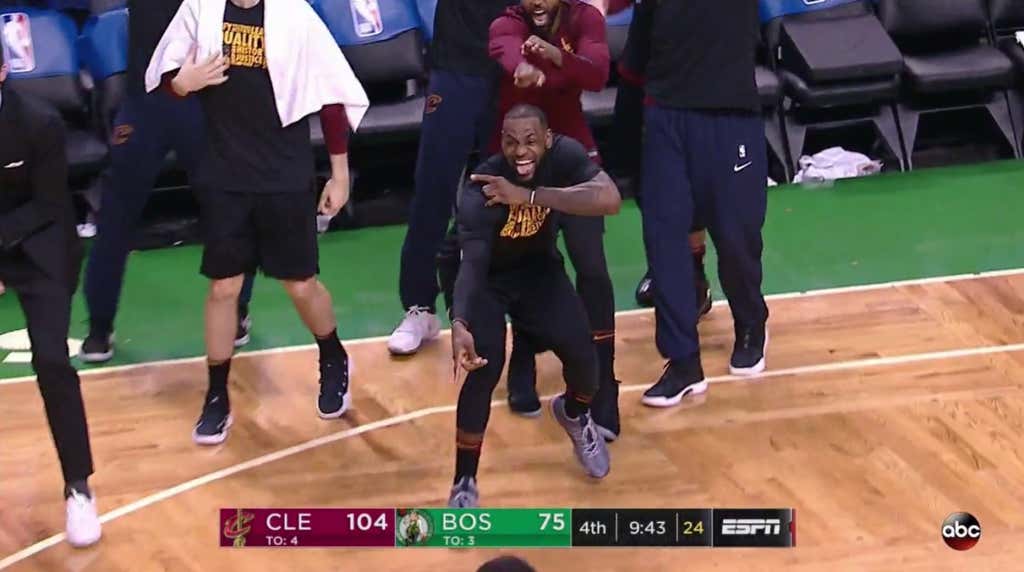 Yesterday, Cleveland showed the types of contributions you can expect to see from their new acquisitions: knocking down open shots and being more athletic than the guys they replaced. Derrick Rose came into the League as the most athletic point guard the sport had ever seen – that guy hasn’t existed since the Bulls lost to the 76ers in the playoffs many moons ago. Dwyane Wade’s bones simply do not work anymore. Isaiah Thomas is still rehabbing his hip injury and the Cavs never tried to adapt to his style of play, nor did he attempt to adapt to playing with LeBron. George Hill, Rodney Hood and Jordan Clarkson shot 8/14 from distance against the Celtics yesterday. Even JR Smith looked like he returned to form for the first time all season by going 3/4 from deep. The Cavs wont run this high level offense every night the rest of the way out, but when you see how their top end can play when the right prototype of players surrounds LeBron – you see the best team in the East.

The problem with being the best team in the East is that you’re the third best team in the League at best right now. Potentially the fourth depending on if Kawhi ever feels like playing basketball again. The Warriors have a 6-4 record over their last 10 games played and still hold a lead over the Rockets in the standings despite Houston going 9-1 over the same span. Houston and Golden State have the top two offenses in the League per their offensive ratings as well as top 10 defenses. In fairness to Toronto, who also ranks in the top 5 in each, Houston still has to prove they can do it in the postseason as well before anyone crowns them. While these Cavaliers haven’t played enough games to warrant a comparable sample in offensive or defensive rating, they still have one thing the rest of these teams don’t: LeBron James. Now he has teammates that came from Sacramento and Utah and actually want to try. The Cavs could’ve made these trades the day before the playoffs started and they’d be favorites to win the East. But that’s not the goal. The goal is a Championship.

Barring an injury or a Draymond Green nut-kicking extravaganza, could the Warriors be beaten by the Cavs? Nope. Sure can’t. Not four times over seven games. But this version of the Cavs will surely make it a much more respectable five game Finals than they did last year.