SKY – The new film Peter Rabbit is facing a boycott over a scene in which he and his friends hurl blackberries at a character knowing he is allergic to them.

The scene has prompted a furious backlash with some people accusing the filmmakers of creating a movie that “encourages food allergy bullying”.

The filmmakers and the studio, Sony Pictures, have apologised following the outcry over the scene in which Mr McGregor’s nephew Thomas is forced to use an EpiPen as a result of the attack.

It comes after the charity group Kids with Food Allergies posted a warning about the scene on social media and said it had written a letter to the filmmakers.

It wrote in a Facebook post: “It is unnecessary for a film to show the characters intentionally attacking another with his food allergen to trigger anaphylaxis.

“Portraying anaphylaxis as a joke can cause some people to have a cavalier attitude about food allergies which can put kids with food allergies at risk.

So the new Peter Rabbit is officially in theaters.  It’s currently sitting at a rotten 58% on Tomatoes after getting some praise for updating Beatrix Potter’s classic characters with colorfully agreeable results that should entertain younger viewers but admittedly risking the wrath of purists and becoming subsumed into a chaotic, violent mayhem, manically soundtracked to the day’s hits.

Little did Peter Rabbit know that chaotic mayhem was the least of his worries.

Because, as we’ve become all too familiar with in today’s day and age – there was a scene in the movie.

Folks, he’s allergic to blackberries.  And the movie seemingly mocked this issue that plagues millions upon dozens of children around the world.

This caught the attention of the FOOD ALLERGY ARSENAL.

(Sounds like a fucking evil coalition of Bond villains stroking cats on their lap while plotting the eradication of immune system reactions.)

Which led to a full blown boycott of the movie. 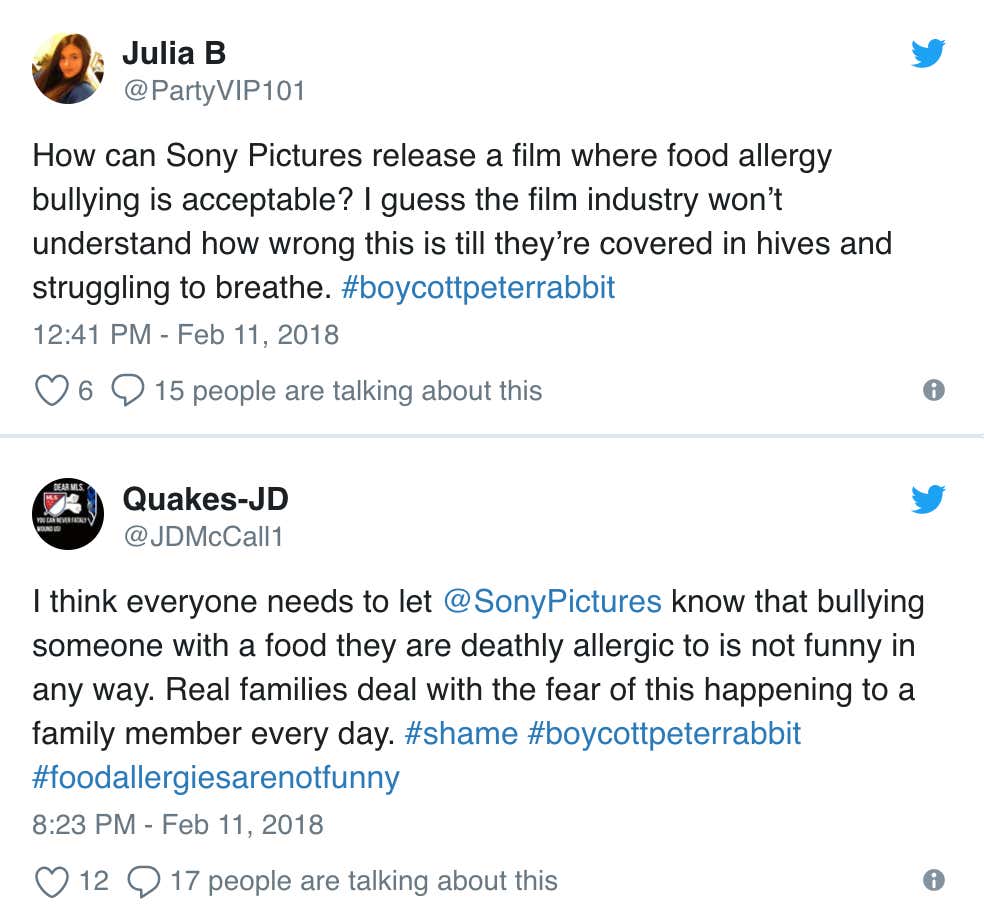 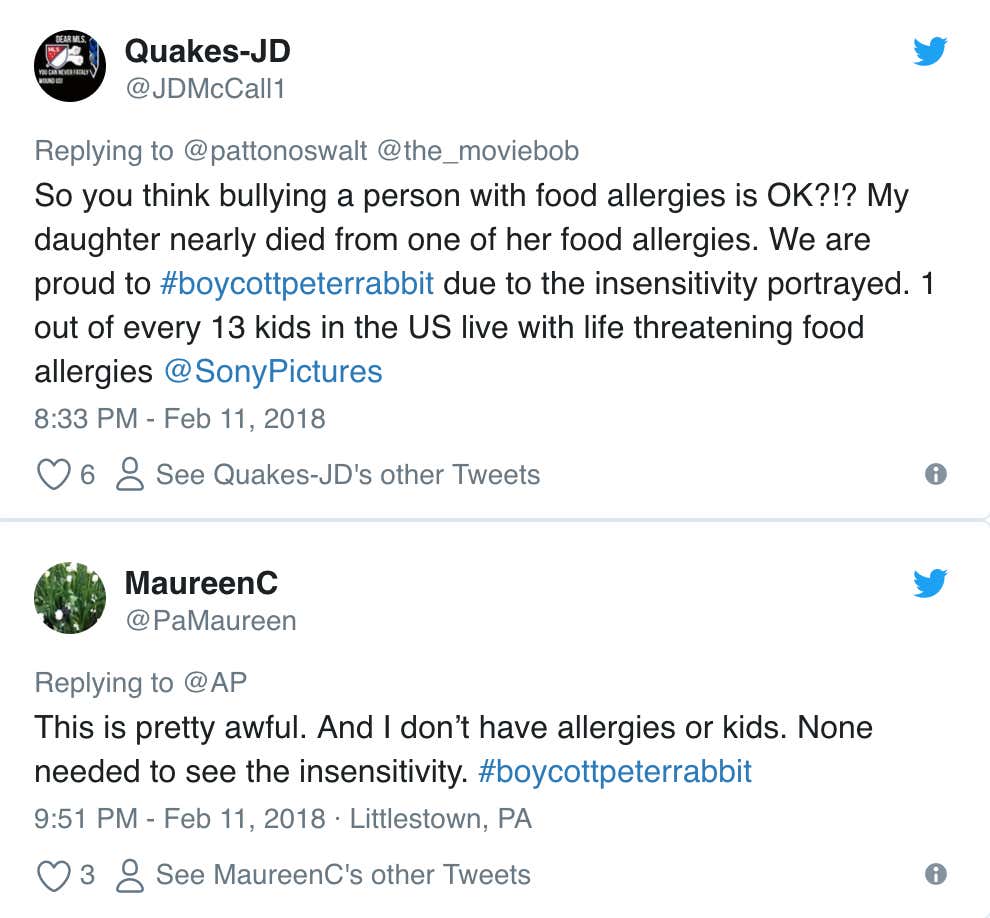 And, of course…an apology from Sony.

What you’re about to see here is the maturation of a blogger.  If this was back in the day?  2009?  I’d probably go 500 words with some over the top sarcasm on how kids allergic to blackberries should just die out because they’re not cut out for this world.  Charles Darwin invented Natural Selection for a reason, there’s a reason we’ve evolved into the dominant super-species, and it’s not solely the main focal point, but eliminating the weak links like people allergic to blackberries is certainly key.  You know, jokes like that.

But this is what happens.  You grow.  You learn.  You adapt.  Your world view changes and you start to think of things in a different light.  22 year old Kmarko would go for the easy jokes without recognizing the nuance and the perils of allergies and the insensitive stigmas of a harsh and unaccepting society.  30 year old Kmarko fully recognizes the subtleties of the situation of mocking animated talking rabbits and their body’s aversion to blackberries.  This isn’t the stone ages of the internet anymore: we are woke, we are accepting, and we will not stand for the derision of anthropomorphic bunny rabbits’ immune deficiencies.

In fact, a simple apology from Sony doesn’t cut it.  Doesn’t cut it at all.  We want a full re-cut, re-edit, re-release.  I want Peter and Jemima Puddle-Duck and Mrs. Tiggy Winkle sitting around the table having a spirited but respectful debate about gender equality and tribal opposition to DAPL and Donald Trump’s overhaul of US infrastructure while Mopsy and Flopsy rabbit keep lookout for that fuckboy Farmer McGregor.  Now THAT is a film that would mean something.  I go to PG cartoon movies to become more socially aware and responsible not to be scoffed at for my child’s sensitivity to fruit

The story of Peter Rabbit is a man who sets up cruel and inhumane deadly traps to maim and kill rabbits in order to force them out of their homes.   But by all means focus on blackberry allergies.