I’ve been watching a bunch of the Olympic coverage on Figure Skating. The majesty on ice is truly incredible. You have some of the finest athletes in the world spinning and throwing their bodies through the air at break-neck speeds with only some blades, toe picks, and their muscular bodies serving as the engines. It’s remarkable.

That being said, figure skating fucking sucks. It’s not because of the act itself. It’s because the music has a big ole dump in its pants. Classical music or Coldplay? Yawn. (not for studying or writing. I love classical music for those types of setting. The competitive circle is a little bit different.) {Hey Chaps. Isn’t blogging competitive too? Don’t you kind of compete against the other bloggers? Why do you listen to classical music in that environment?} [Good question. I’ve never really thought about it. Hold on. I gotta finish this story and then I’ll get back to you.] I’d rather them listen to something that really get’s the crowd going. Something like:

When the song reaches the point where it says, “BREAK YOUR FUCKING FACE TONIGHT” and I hit that triple axel right in front of the North Korean cheerleaders and the whole crowd goes bananas. 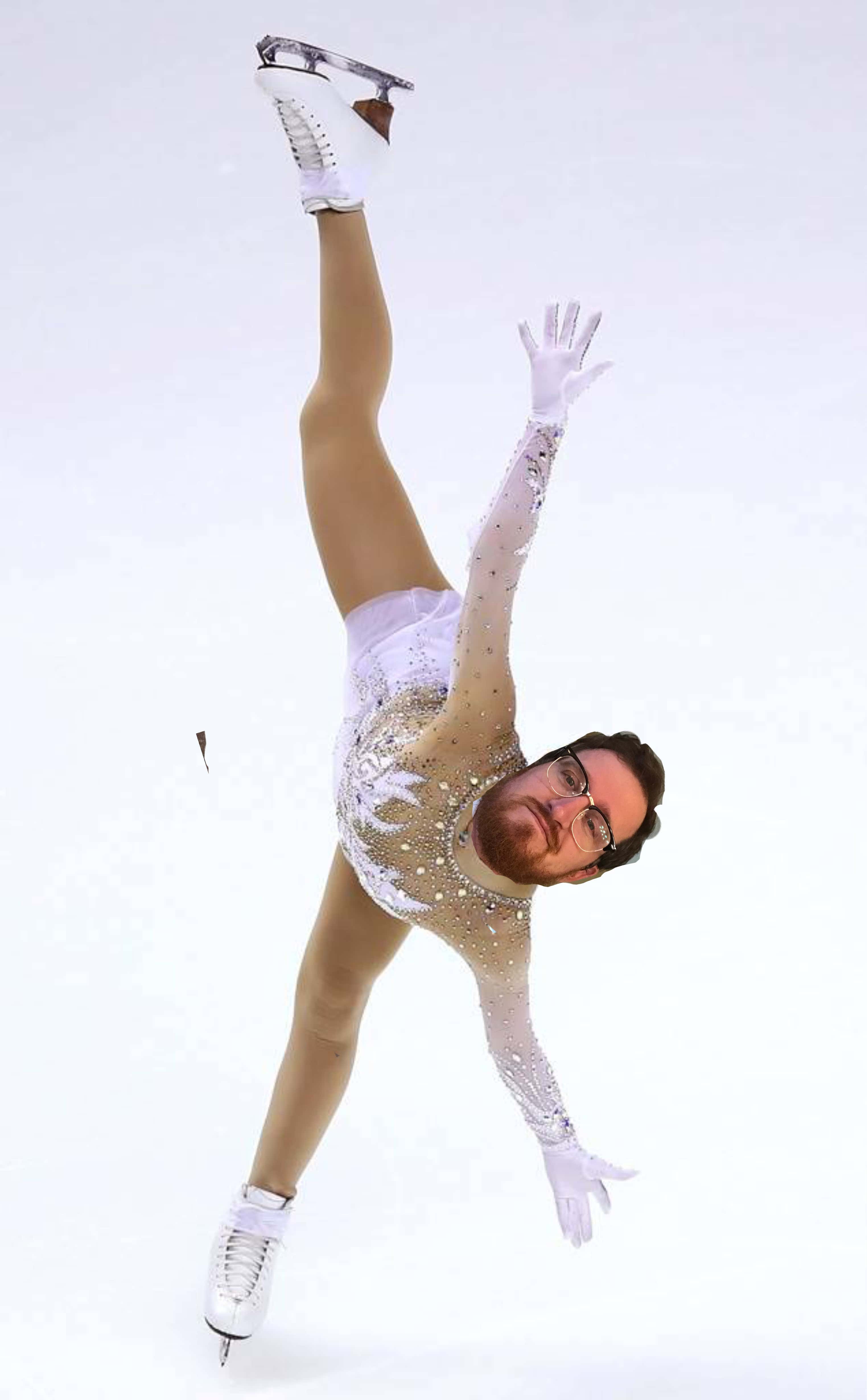 Leg up, I just skate away softly into the distance and know that soon my country’s anthem will play while I’m on the Gold Medal Podium for the 4th Olympics in a row. 16 years of Olympic domination. Will I go down as the greatest figure skater of all time? No question about it. The only real debate is whether or not I’m the greatest Olympian of all time. Spoiler alert: I am. Gotta think I owe just a little bit of my success to Limp Bizkit. But, on the other hand, we both know that I could have done just as well with Korn as the music.

[I view the competition in blogging as an individual competition within yourself. You cant compete with other bloggers because your style has to be purely your own. That’s the difference.]