Yesterday brought us the Opening Ceremonies, one of the biggest spectacles in sports. A lot of people find it tough to watch a bunch of people walk in laps in wave to empty seats, but it’s part of what makes the Olympics what it is. It’s the perfect event to pull in all those housewives and other non-sports fans and that’s exactly who NBC caters to. Sure, some of the forced narratives can get a bit tired, but if you can’t tolerate putting up with it once every two years, I can’t help you.

As promised, the Americans’ outfits were the talk of the Parade of Nations. I’m all about them gloves. 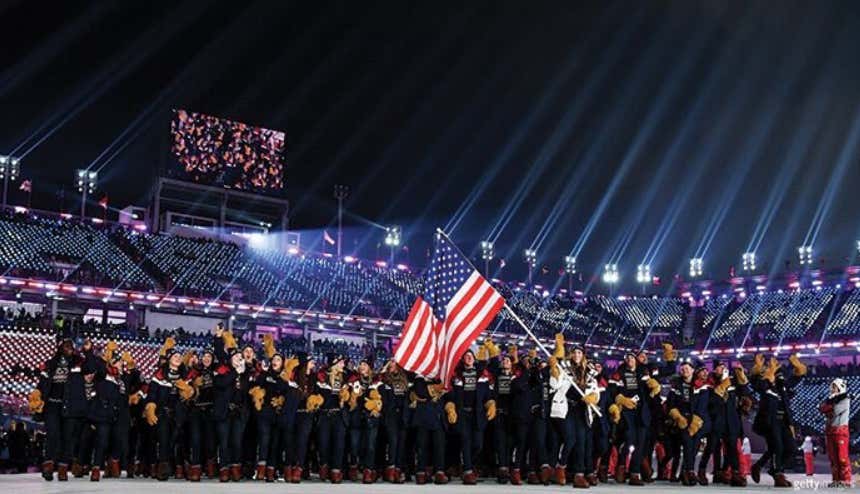 There were some dope ass drones doing dope ass stuff… like 12,000+ of em forming a snowboarder and the Olympic rings

That Tongan fella was back from the Summer Olympics. I dunno about you but there’s no chance in hell I’m getting all oiled up to go out shirtless in zero degree weather but you do you Tongan fella

Some dude snuck on stage after North and South Korea came out as a unified nation, leading many to believe it was a politicized stunt…. I say nay. Does this guy look like he has anything in mind other than giving his mans a quick holler? 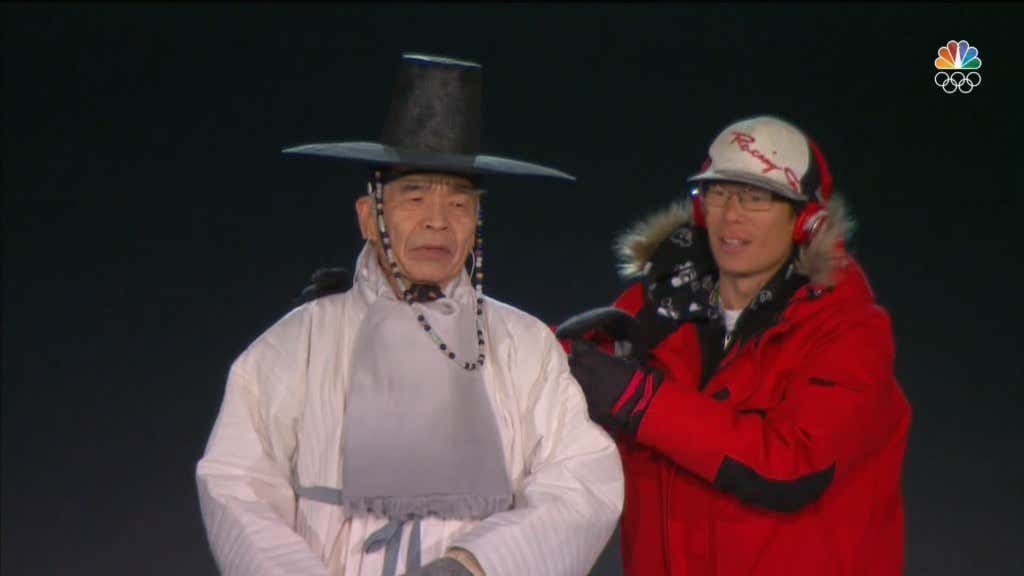 I think…. I think we’ve got ourselves a nice little mustache contest in Pyeongchang??? 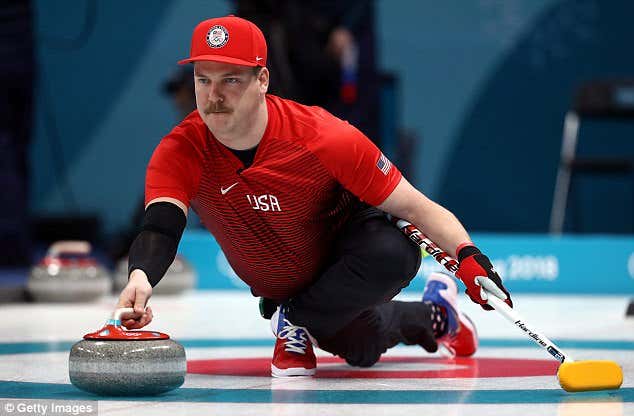 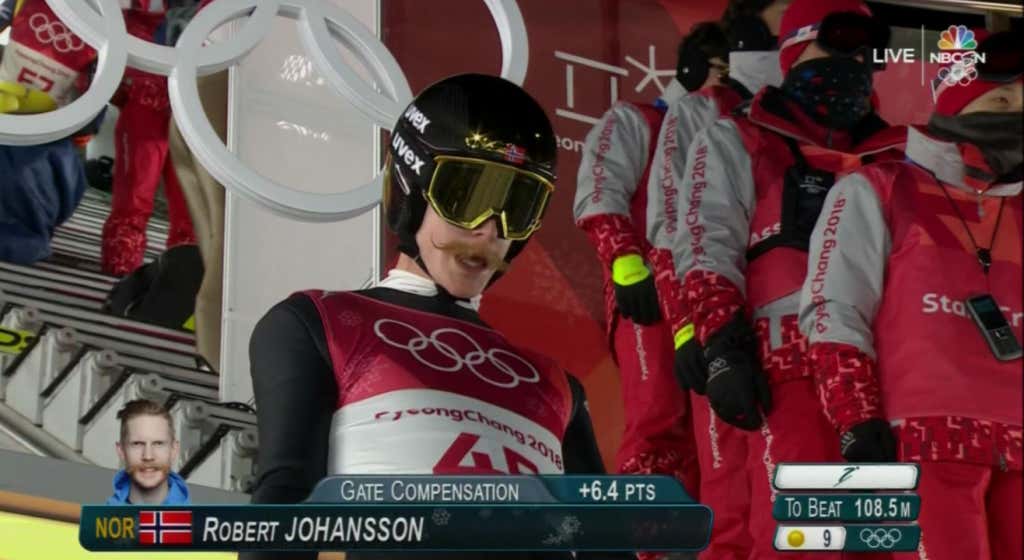 Now I would love to give this contest to one of the Americans but there’s just no way in good conscience I can do that. Too much integrity for the Olympic blog game. I’ve always taken pride in my objectivity and I wouldn’t be doing my job if I didn’t acknowledge that sweet lip rug on Robert Johansson. Having said that, there’s a ton of Olympics left and anything can happen. Don’t count us out here, folks…

Finally there was some action overnight/early this morning, with some actual medals handed out already. Updated medal count. 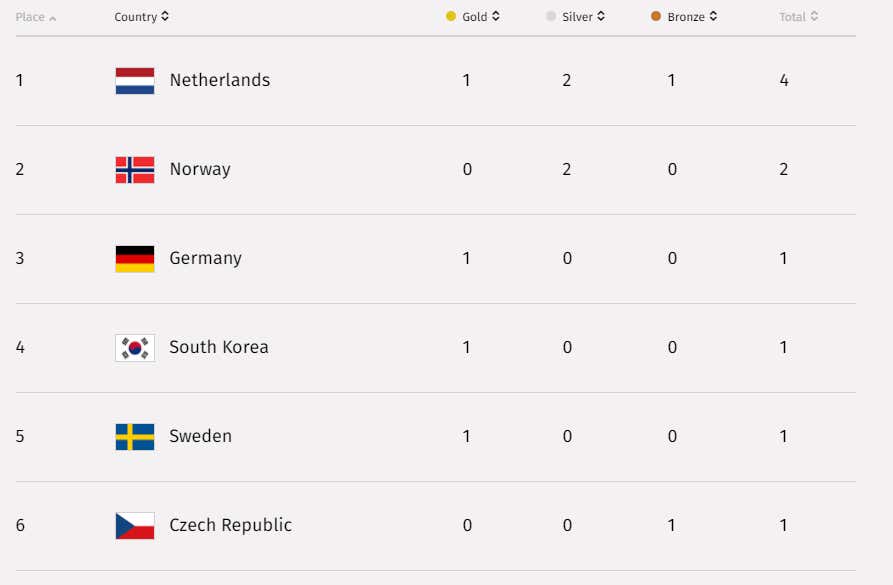 Obviously you see that Netherlands has jumped out in front, thanks to a clean sweep of the women’s 3000m speedskate. Big talk after the event about this sign hung by a couple of Dutch fans 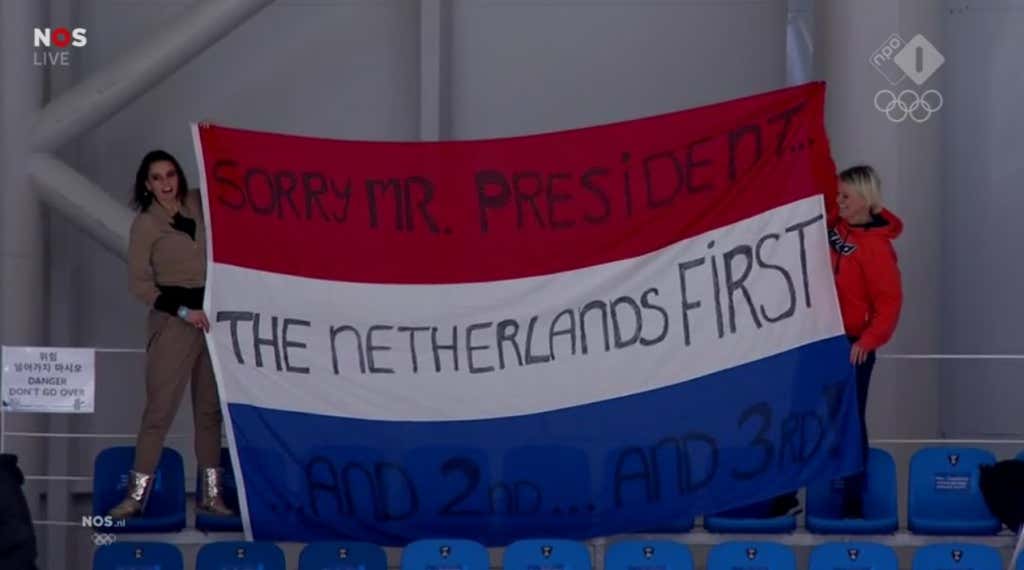 My first thought was “wait… is that about Trump?”

My second thought was “no you stupid stereotypical American, thinking everything revolves around you”

My third thought was “alright though, let’s go find out what it’s about”…

And it turns out it IS about Trump. Now I’m sure there’s some context I don’t know about where our president brought this upon himself… but imagine having a massive performance in a sport that your nation takes a ton of pride in, and your first thought is to chirp some unrelated country’s president. It’s laughable. It lends so much credence to the idea that the world revolves around the US, whether you believe it or not.

Today I’m watching ski jumping. That shit is wild y’all. These cats fly through the air at like 120 mph and fly the length of like 3 football fields. It’s absolute insanity. Look at this ramp. 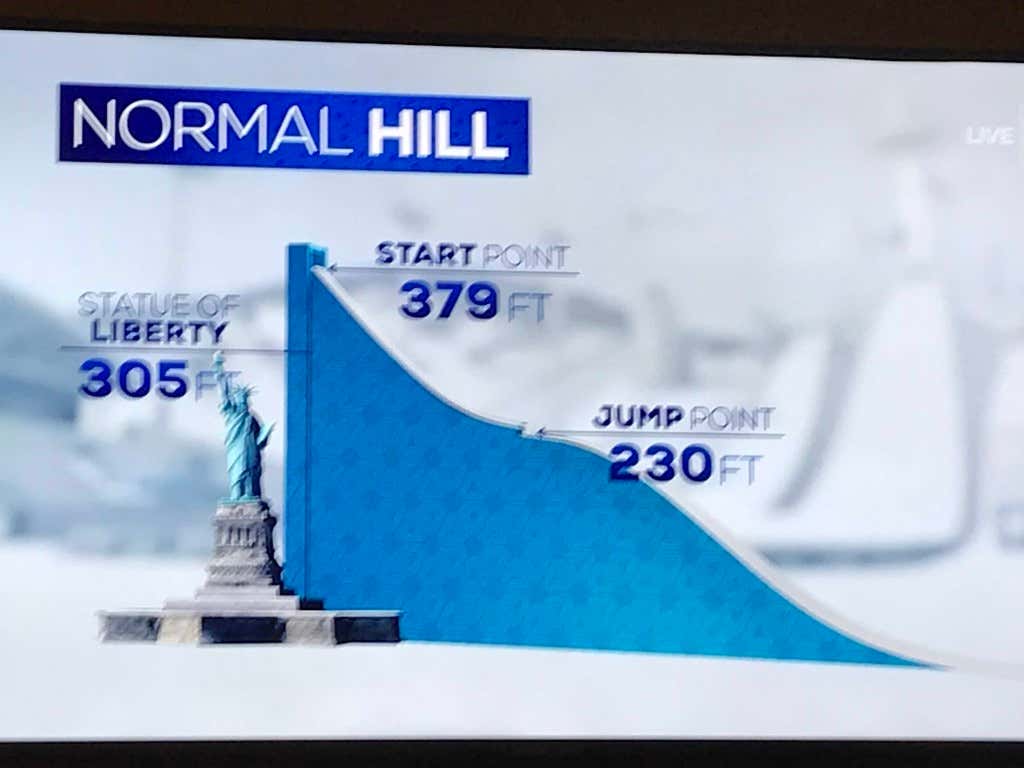 And they call that a “normal hill”. FOH with that. Its such a strange sport and I love every bit of it.

Today’s Olympic Smoke is Australian snowboarder Torah Bright. Just gonna be up front, there’s gonna be a TON of snowboarders in these blogs. 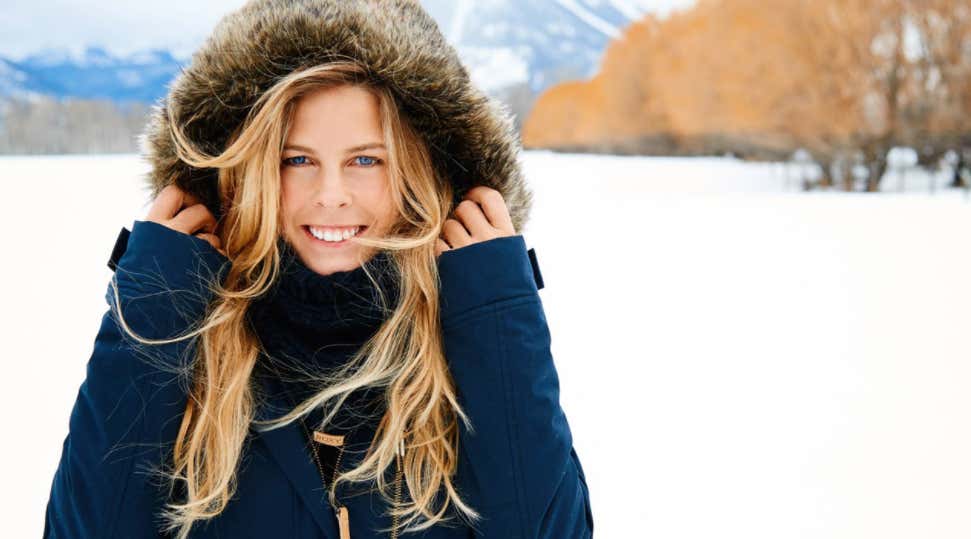 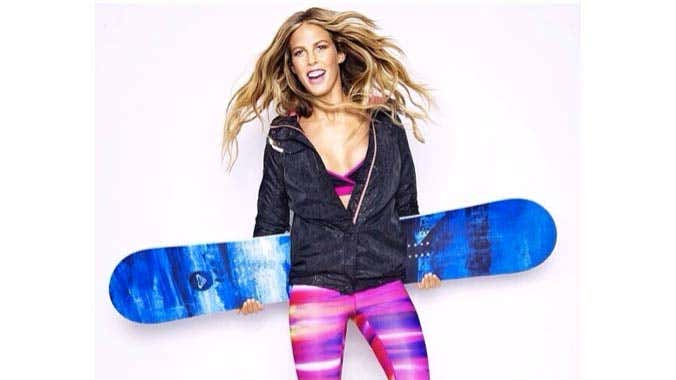 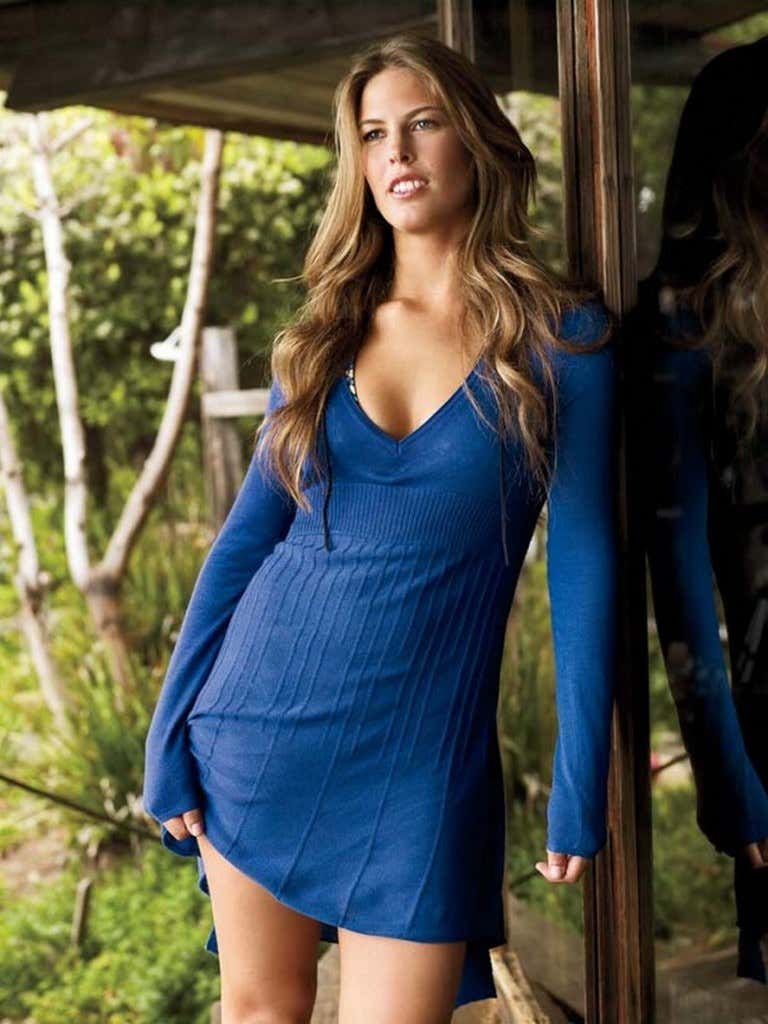 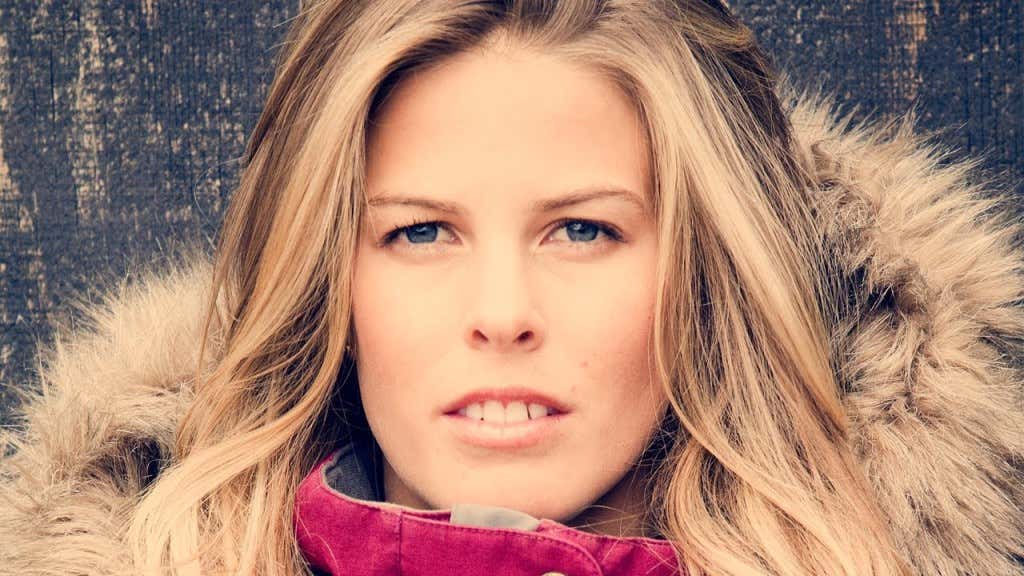