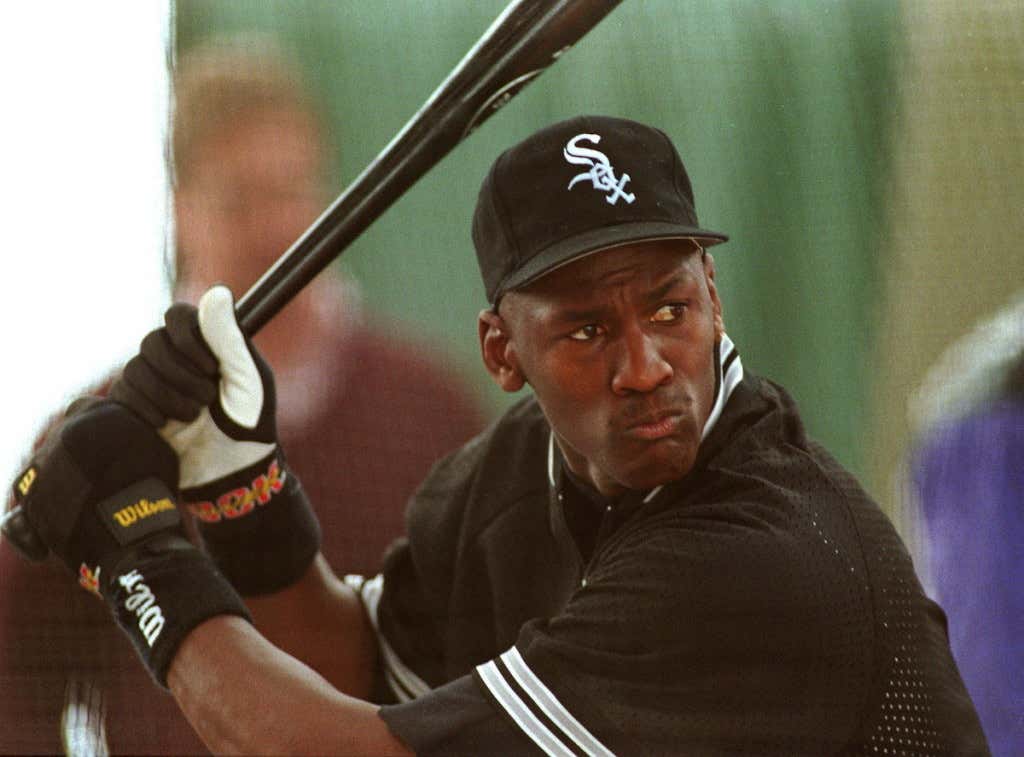 When I think of Michael Jordan, I think of green grass, the smell of pine tar, the smack of leather, the crack of the bat, the ripping of velcro on Wilson batting gloves, and the sounds of dirt kicking up after a hard slide into second base. It’s a shame that when people think of MJ’s baseball career, they only think of gambling conspiracy theories and not his 116 total bases in 127 games at the Double-A level in 1994. People forget that Michael Jordan hit three home runs as a professional baseball player in the Chicago White Sox organization. People forget that he stole 30 bases. People forget that he drove in 51 runs. I didn’t forget, nor will I ever.

PS — Best part of this whole video is the camera focusing on MJ running the bases on somebody else’s home run.

Also, bonus video — Intern Musky breaks Dave’s AC at the old Milton office by sticking a pair of scissors into it with a special appearance by Intern Coley, who’s wearing a Birmingham Barons Michael Jordan jersey.