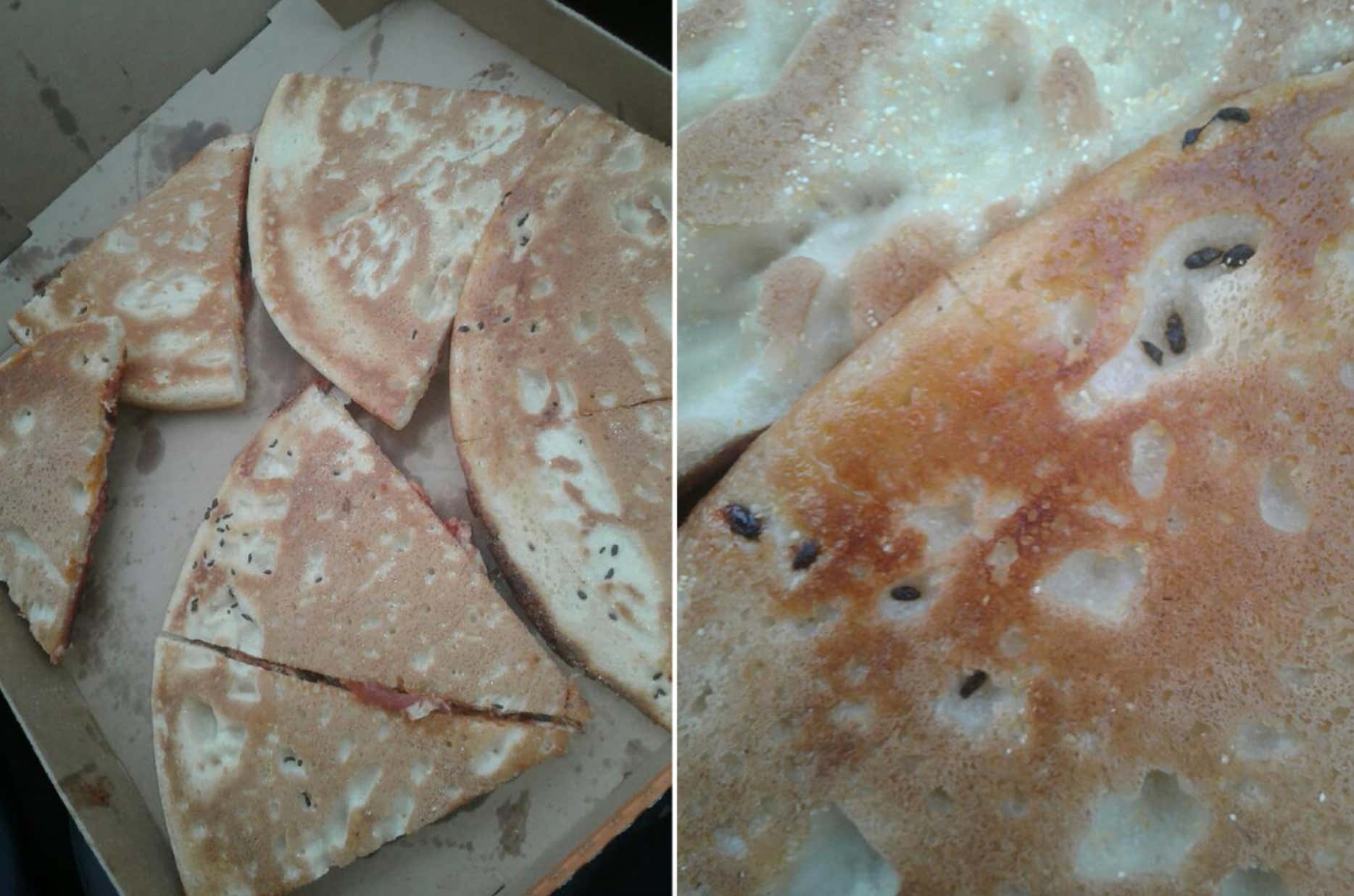 NYP- A Little Caesars in Indianapolis, IN, was shut down by health inspectors Tuesday morning after a couple found rodent feces baked into the crust of their pizza. Johnathan McNeil said he and his girlfriend bought the pizza from the chain restaurant and left. Once they started driving home, his girlfriend noticed something was wrong. “She looked at the pizza and realized there was like doo-doo looking stuff on the pizza,” McNeil said to FOX 59. McNeil said they turned around and went back to the restaurant for an explanation, but the employees claimed to not know what it was. “All of them were looking at my pizza dumbfounded as if they didn’t know what’s going on,” said McNeil, “I said ‘That’s mouse doo-doo on the bottom of my pizza.’” He called the Indianapolis Metropolitan Police Department and contacted the Marion County Health Department upon police suggestion.

I can’t read that lady’s quote about mouse doo-doo and not read it in Dave Chappelle’s voice. I simply can’t do it. I won’t do it. That’s not sausage on your pizza, THAT’S MOUSE DOO-DOO BABY! I miss skinny Dave Chappelle every single day.

Anyway. Happy #NationalPizzaDay, everybody! Nothing will take the wind outta the sails of this holiday quicker than a story about rat poop baked into a slice. I apologize for that but also not really. The day isn’t called #NationalGoodPizzaDay. It’s not called #NationalPizzaWithoutRatPoopDay. It’s #NationalPizzaDay. Therefore, it is our duty (lol) to cover any and all pizza stories. Good or bad or even ones that make you wanna puke your guts out. Cause theres a good chance you ate pizza for lunch today. Nothing drives more people to do something than food hashtags on Twitter. I’m guilty of it. There have been days in the past where I would fully plan on eating healthy but then I’d see #NationalCinnamonRollDay trending on Twitter and I’d spend the rest of the day crushing cinnamon rolls. Food hashtags are like magic that way. So you probably ate pizza today and are now wondering if there was rat poop in it. Sorry about that. Mostly likely there wasn’t rat poop in your pizza…….but there might’ve been.