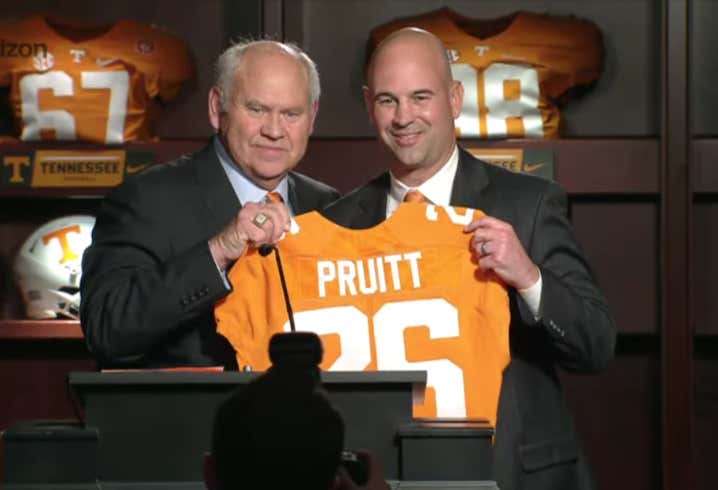 Since then, Pruitt put together a phenomenal recruiting class considering the situation. Being named head coach only two weeks before early national signing day while continuing to be the defensive coordinator of a national championship team was a tough hand dealt for Tennessee’s program, but they finished with the 20th best class in the nation. That’s without mentioning the dumpster fire he entered into because of Butch Jones, #GRUMORs, and the hire/firing of Greg Schiano. Tennessee fans were happy with Pruitt’s 2018 class considering the situation, so they filled a theatre to listen to Pruitt talk about a bunch of teenagers:

There, he trotted out his final coaching staff, which all look exactly like him:

Fans got to ask Pruitt a few questions at this event. Taking that when you are a coach of an SEC team, you are a living, walking God in your college town, the Vols fans wanted a little self-help from Pruitt. If you had a chance to ask Zeus a question, I’m guessing you would too. That question? Work-life balance, how do you handle it, coach?

A better way to answer this would have been, “I have no work-life balance. None at all.”

I’ve talked a bunch in the past in qualifications to be an official #FootballGuy. One of which is how you talk about your wife. If you don’t mention the phrase “football wife” once or twice as a coach, you aren’t a true #FootballGuy: 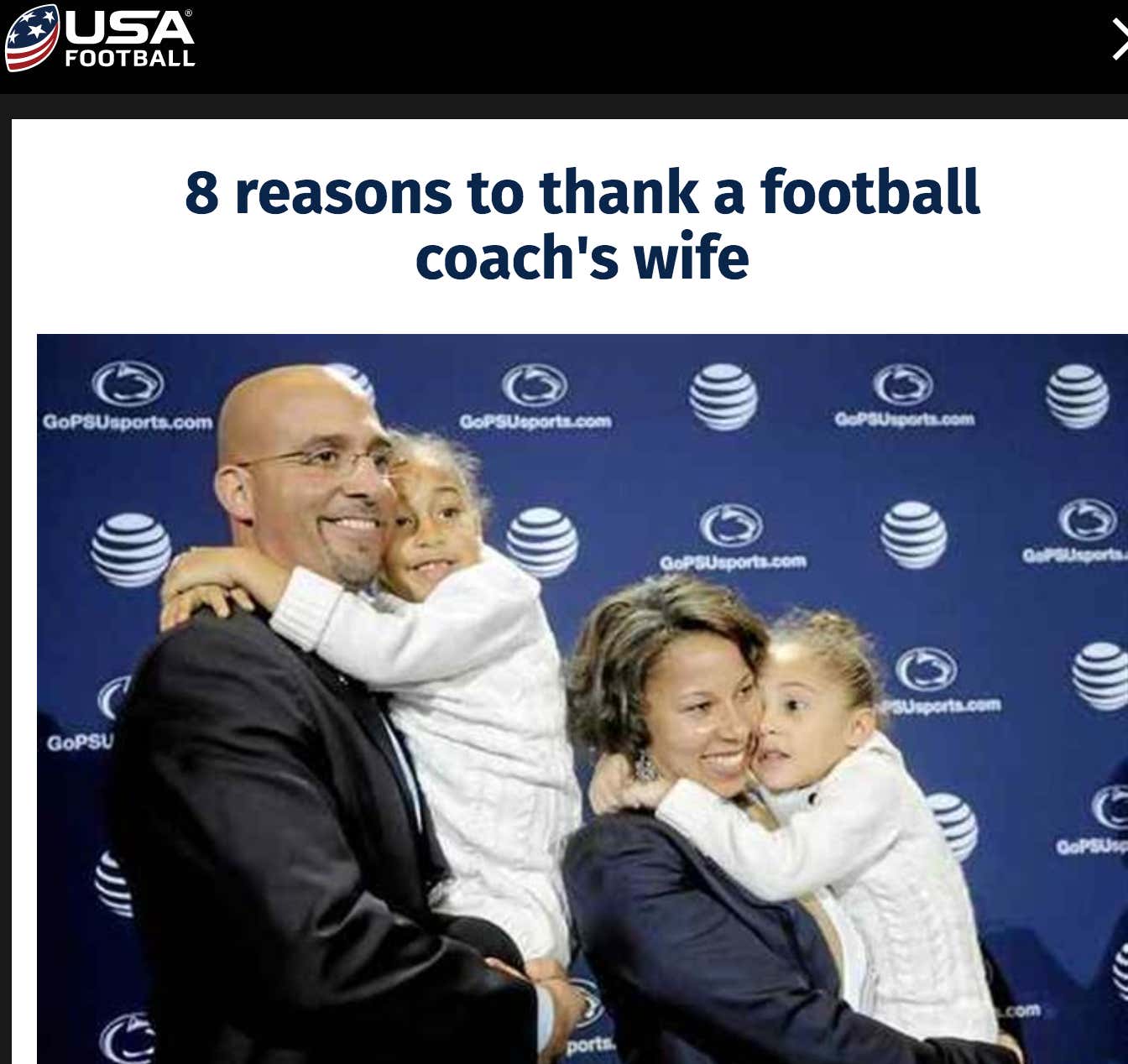 Some may look at Pruitt’s comment and scream sexism. I’m not going to say you are wrong, but please do understand, as a first-year head coach with a fan base that can turn on you as fast you can snap your fingers, Pruitt’s got to please the masses. Dinner date with wife? Shoulda been crootin. What about a walk with the wife around the block? That’s 30 minutes ya shoulda been watching film, PAWL!

If I come back to this world after I die and I’m a football coach, I’m not admitting to anything except loving football. No hobbies. No girl friend. No NOTHING. I don’t have a family.

“What was your fathers influence on your life?” “I don’t have a dad. My family is my team.”

Pruitt’s answer is a bit over the top if you don’t understand SEC football, but I actually believe him. Look at this clip from Two-A-Days where Pruitt has zero-idea what asparagus is:

No time for vegetables when you are a future SEC head coach ya’ll.