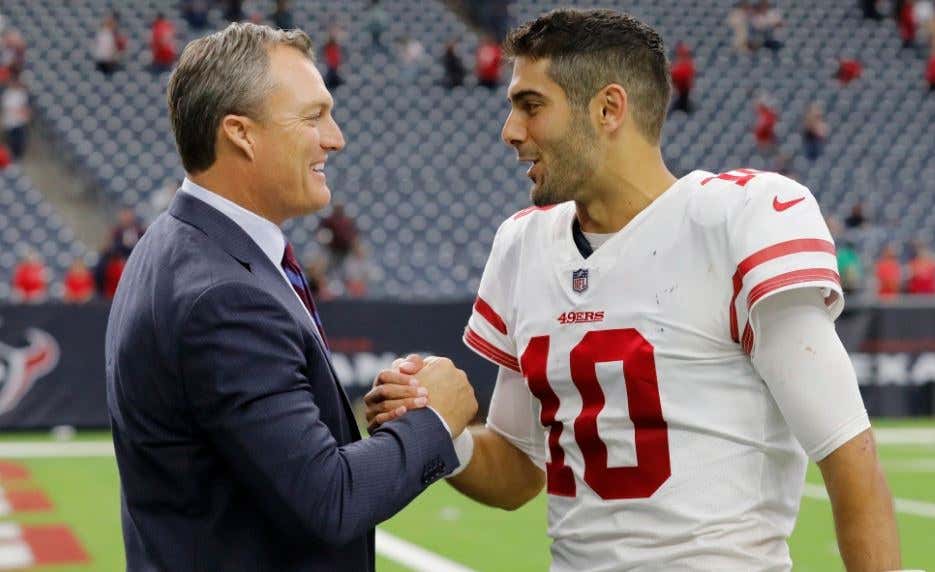 Listen I’m not saying Jimmy G won’t be a great player. I’m not saying the 49’ers are stupid. I’m just saying it’s INSANE that a guy who has played 3 fucking games is the highest paid player in the NFL. It’s is fucking BONKERS. It goes against everything I believe in as a business owner and a person with a brain. You should earn your salary. Prove your worth. Not show up for 10 seconds and suddenly be the richest guy in the league. This would drive me crazy if I played in the NFL. Paying that much for a guy who has literally accomplished nothing in his career. Again I think Jimmy G is going to be good. I don’t know if he’ll be great. I don’t know if he’ll be a Pro Bowler. I know he got to sit behind a legend and won a couple games for a team that wasn’t as bad as it seemed. But to be the highest paid player in the league? It’s BANANALAND.