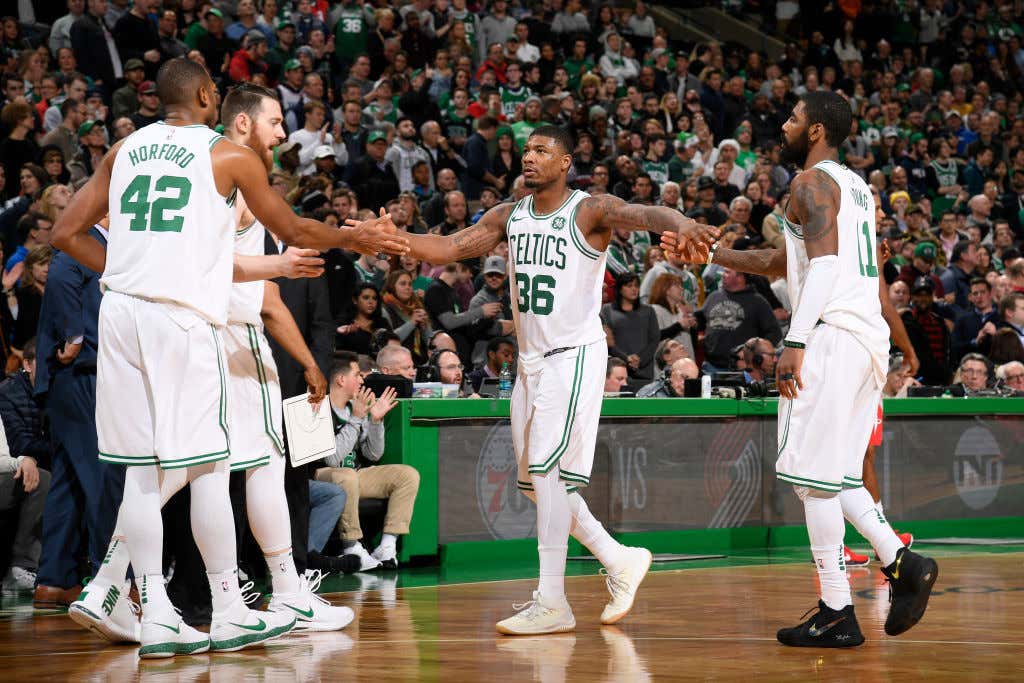 Exhale. In past years I’m sure there would be some Celtics fans that would be annoyed that Ainge & Co stood pat while it seemed like every team in the league was shaking things up, including one of the Celtics main competitors in the East. But now that the dust has settled, I for one am relieved that Marcus Smart is still on this basketball team. The Celtics set their price which was probably a little too high given the player and the market, which should have told us they weren’t reaaaaaaallly interested in moving him. When you saw other guards not go for a first round pick you had to know the chances were slim someone was going to take that risk on Smart, who if you remember can’t even play right now.

I talked about this after the TOR loss, but people who are so ready to ship Smart out the door confuse me. There is such a need on this team for exactly what Smart brings as a player, giving him up for a 4 month rental who may only help you in one area never made any sense in my opinion. Not to mention he’s definitely not going to get the outrageous payday he wants when he hits the market this summer, which means chances are Ainge till be able to keep him for a reasonable price. That’s great news.

It’s also great news that we avoided a whole Perk trade situation. Remember how much that trade ruined the chemistry of this team and in my opinion cost that team a title? I remember. Say what you want about Smart’s horrific offense and infuriating shot selection, but he is a huge part of the fiber of this team. He’s that rare player that can single handedly win you a game while also potentially single handedly lose you a game. I can’t stress enough, this team’s identity is not offense, it’s defense and versatility, which is exactly what Marcus is as a player.

So where do we go from here. The obvious answer is the buyout market and the hottest name we’re seeing the Celtics tied to is Joe Johnson. Is Iso Joe a difference maker by himself? I wouldn’t go that far at this stage of his career but remember, this team also added Greg Monroe. I’d much rather take my chance on Johnson than give up anything of real value for a rental.

We also don’t know what other players will be bought out, so it wouldn’t shock me if we have to wait a little while to see what the Celts decide to do. It may feel weird because they didn’t do anything, but overall I’d say this was a pretty good day for the Celtics. They are better today (factoring in that Monroe can now sign) than they were yesterday and don’t have to worry about being a broken team. I care about that and so should you.

Now, Ainge, go make up for the 2002 trade that went down before your time and bring Joe Johnson home (or anybody really). 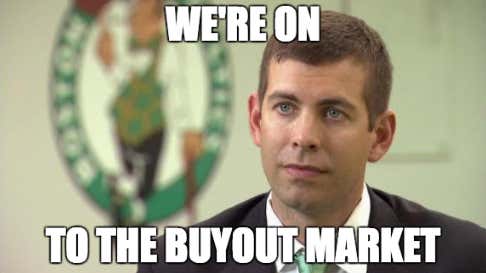