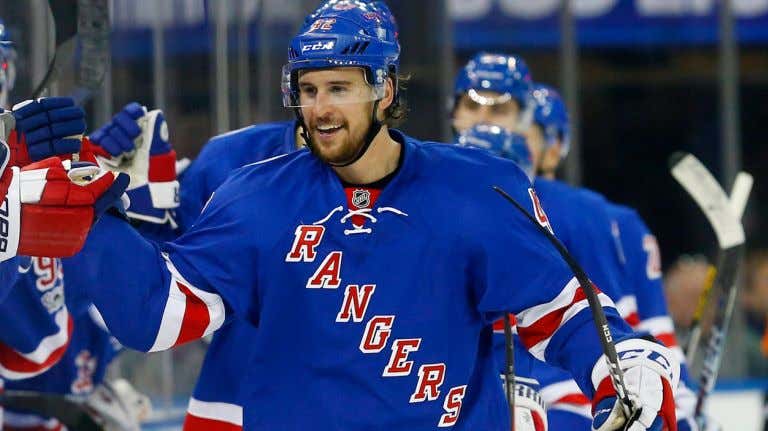 Well Red Wings fans, I stand corrected. Although I wasn’t “pumped” on re-signing Smith for 4 years at $4.35 per, I was far from worried he’d morph into a defender who is legitimately incapable of making even the simplest of plays with the puck. Initially expected to solidify a reliable second pair alongside Brady Skjei, Smith has instead made me miss Dan Girardi. I don’t know what happened. He was such a spark when he came over last season – especially in the playoffs. This year he can’t seem to do anything right. He’s out of position often, commits the sloppiest of turnovers and even has had awful timing when dropping the mitts (see LA game from a couple weeks ago). Expectations for him to be that guy for the next 4 years probably weren’t realistic, but it was fair to assume he’d be an adequate D4. Instead he’s a guy who’s been fighting just to stay in the lineup all season long and was finally waived barely 50 games into a 4-year contract. On his birthday. Ouch.

It’d be a minor miracle if someone claimed him. The move at this point was to basically say “OK enough is enough, figure your shit out in the AHL for the rest of the season while we take a look at the kids we’ve got”. And that’s exactly what the Rangers will do with Neal Pionk called up to make his NHL debut. It’s the right call. Smith has hardly been an NHL-caliber defenseman and his failures played a big hand in the Rangers overall defensive struggles (along with Shattenkirk’s poor play/injury). When their expected top 4 couldn’t cut it, NY was forced to shuffle around pieces they were hoping they wouldn’t have to. Holden wasn’t supposed to play next to McDonagh. Staal was only supposed to play limited 3rd pair minutes. If Smith ends up staying put, let’s at least hope his opening the door for kids like Pionk prove there’s other in-house options for the future.

Soon after announcing the Brendan Smith & Neal Pionk transactions, the Rangers sent this out to fans (click to see entire thread):

This season has been the ultimate roller coaster. Since December 20th the Blueshirts have run 6-12-2 (just 3 regulation wins) – among the worst teams in the league over that span. Before that though, they were among the best with a 16-5-1 record. As is usually the case, the “real” Rangers lie somewhere in the middle. And that’s the worst place for a big market team to be. Mediocre. If NY had squeezed out a couple more wins recently & sat in a wild card spot, perhaps they hold off on making an announcement like this. But thanks to an extremely strong division, a rash injuries and a brutal stretch of 7 ugly L’s in 8 games there’s no reason to pretend this squad can contend anymore. Not only are the expected UFAs as good as gone (Nash, Grabner, Holden, Desharnais) but the Rangers foreshadowed pretty heavily regarding names like McDonagh & Zuccarello with this portion of their statement:

As we approach the trade deadline later this month and into the summer, we will be focused on adding young, competitive players that combine speed, skill and character. This may mean we lose some familiar faces, guys we all care about and respect.

If those two fan favorites end up being dealt, that would leave just Zibanejad, Kreider, Fast, Buchnevich, Shattenkirk, Staal, Smith & Hank as current regulars under contract next season. Skjei, Miller, Hayes & Vesey are RFAs who will most likely stay as well but all things considered, you really can’t rebuild much more than that in one fell swoop. Chytil & Andersson have arrows pointing up in terms of being ready for the big show and they’ll most likely get auditions once moves are made. Lettieri, Pionk & D’Angelo are kids on their ELC getting auditions now and could contribute next year. Plus, who knows what type of NHL-ready prospect(s) McDonagh and/or Zucc could return on top of the potential for first-rounders for Nash & Grabs.

Most importantly – the more this team loses, the better their odds at striking it rich in the Rasmus Dahlin draft lottery. It’s not likely, but the Devils moved up from 5th at last year’s lottery to snag the #1. The Rangers are currently 8th in projected draft order but with another couple months of expected misery, maybe they can duplicate such luck. If not, they’re still almost certainly picking in the top 10 & NY has had a pretty successful run of first-round picks (when they’ve actually had them to make). From 2009-2012 they snagged Kreider, McIlrath, Miller & Skjei. That’s a 75% success rate of bonafide core pieces before they decided to take the next four first rounds off.

This is the perfect time for a season like this to happen & force the Rangers’ hand. They should end up with enough assets & cap space to make their rebuild process a quick one if they play their cards right (and get a little lucky). The February 26th deadline can’t get here soon enough. It’ll be an exciting makeover for sure – the biggest question is, will Alain Vigneault be here for it?